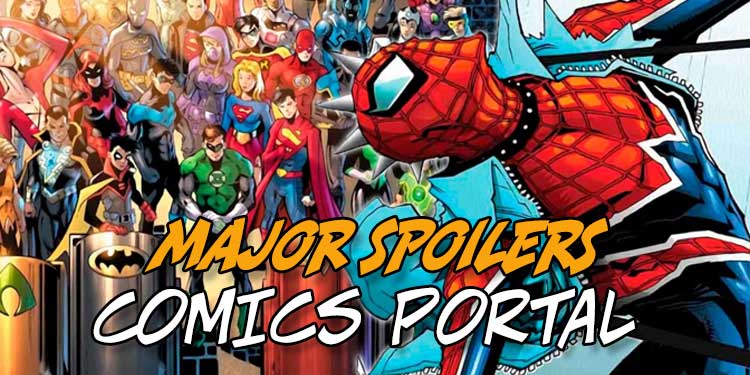 It’s a tradition of mine each year to talk about what’s happening in the comics industry that I’m grateful for. Hey, this is the week for the Thanksgiving holiday here in the U.S., so let me talk briefly about a few things I’m happy about!

THE INDUSTRY IS MOVING FORWARD! This year—2022—has been a nutty one, with multiple companies getting into the distribution part of the industry, including newcomer Penguin as well as Lunar, to grab shares of what used to be exclusively a Diamond operation. In fact, it also feels like we haven’t had more companies actually making comics prior to this year, but I could be wrong on that one!

Running a local comics shop is probably more complicated than ever! It used to be Diamond and them alone, but now even the most devoted of Diamond fans seem to order from several companies depending on who offers them the best deal on what. That’s a GOOD thing, I believe!

We continue to lose local comics shops, sadly. There’s a particularly great one not far from me in Central Florida that recently announced that they were closing down at the end of the year. They have been a superb one, too—complete with a bar for relaxing and chatting about comics while picking up your weekly books! They made it through the pandemic by holding online auctions and keeping subscribers happy with what they wanted! To lose them is, well, painful!

I’m curious to see if new stores will open to replace those we’re losing. The aforementioned LCS had two other shops nearby, but neither were as fan-friendly as they’ve been. I bet someone will rise up to fill that space sooner rather than later!

My habit of buying digital comics when I miss a paper one for whatever reason continues! Some stores, no matter how much you beg and plead them, just will not order books especially if I am the only one requesting them! I guess that’s a good thing considering that if they really only ordered one copy, if it had been sat on in transition, I’d likely be unhappy with its condition when it arrived!

However, digital comics’ sales don’t seem to have risen or fallen much in the past year. At least they’re an option for me, which I’m happy to have! I still find the new Amazon version of comiXology very tough to use! Please fix that, okay?

The industry continues to evolve at this point. And I think there are still changes to come that will surprise us all. Just what will happen, I don’t know! Wish I did!

THERE ARE SOME GREAT BOOKS OUT THERE! I was really surprised to see Once and Future from BOOM! Studios actually conclude! How rare is that in comics! I’ll miss it, though! The more mainstream comic that has become a must-read for me has been Nightwing from DC. I hope that creative team stays on that series for a long, long time!

Other comics I’m looking forward to reading include Wynd, written by James Tynion IV (who continues to grow in popularity); the original Resident Alien, which is wayyyy different from the Syfy TV series; and the recent The Killer mini-series, something I’d been hoping to see come back for a long time.

I’m also thankful for the current Bat-glut of DC comics. Yes, I constantly worry about the bubble bursting for the Dark Knight, but until then, I’m happy to buy and read the books including the “One Bad Day” event, Batman: Fortress, Dark Knights of Steel, Batman: Knightwatch, and Batman: Urban Legends as well as the regular monthly title focusing on that hero.

The Bat-alike books continue to shine, including The All-Nighter and Cloaked (which had a shocking ending I loved). I’m also grateful that the “Death of the Justice League” didn’t mean they were out of it very long at all!

I’m also enjoying the chance to read a high-power story about Namor, the Sub-Mariner! I’m VERY thankful for that current mini-series starring him!

I hope you got the chance to find other great new books in 2022, too!

THE CHANGE IN SUPPORTING MAGNETIC PRESS I know that I’ve regularly talked about what a big fan of Magnetic Press I am! However, I’ve noticed a big change in just how I support them during 2022.

Previously, I’ve been buying their wares through their website. However, this year, I’ve been accessing their excellent product much more through their Kickstarter projects. I recently received their book Giantess, which I’m going to read very soon!

There are a few reasons for this switch, and those include the fact that I can access extras and related items with each book as well as other products from those same creators. I like those options! Sometimes they also add something fun like a bookmark to a book I’m interested in! Also, I think it helps promote the company when they do well on Kickstarter, so that works, too!

CONVENTIONS ARE ALMOST BACK! I’m truly thankful for the return of comic conventions (otherwise known as “cons”) for many reasons. First, I get to scope out potential guests for my weekly podcast. Next, I get to discover creators I may have previously missed for whatever reasons. Also, I find comic-related products like CGC-graded books and action figures, for example.

Granted, things aren’t fully back to “normal,” and I often wonder if they ever will get back there. We need to practice social distancing when best, and we need to be more judicious in how we treat each other, never a bad thing! I got to attend two cons this year—Megacon in Orlando and the New York Comic-Con in NYC—and it was great to catch up with friends I hadn’t seen in years as well as meeting new people!

I would be remiss if I didn’t point out, though, that I was fully vaccinated and had done everything “right” for more than two years before COVID hit me this year. It was a long two-and-a-half-week period before I came out the other side, but I’m glad it’s over with! I would highly recommend you follow your doctor’s advice in order to minimize the pandemic’s impact on you should you get it, too!

One of the biggest developments in 2022 was the Whatnot platform. I’ve seen their big booths at both cons I attended this year, and they seem to be on the rise. For those who haven’t encountered them, Whatnot is something like a “live” eBay function. Auctions are held rapid-fire, and people seem to be able to turn things around a lot more quickly than on other auction apps. I would recommend you check them out!

The Arrowverse is coming to an end on The CW, but the “Superman and Lois”-verse seems to be taking its place. As long as they are comics-related, I’m good with it! The Flash will conclude after an abbreviated season in early 2023 and Stargirl has been cancelled, but whatever comes of HBO Max after things at Warner Bros. Discovery finally sort out, I hope they’ll keep things like Titans and Doom Patrol moving forward. I would like it if they became a DC Superhero Hub of sorts, which would make it of value for me to keep subscribing there!

In a future column, I’m going to talk about a recent survey that said MCU fans are actually getting oversaturated with Marvel offerings! Is that true? I doubt it, but we’ll see!

Again in 2022, I feel it’s important to point out that I truly appreciate the chance to write and create podcasts for fans here at MajorSpoilers.com.

With many fans still staying away from crowds and other “spreading possibilities,” it’s important to stay in touch! This website really does help us keep in touch with our passions!

MajorSpoilers’ Head Honcho Stephen Schleicher and the rest of the people working here do a terrific job of keeping us all up to date and hearing a wide variety of opinions. We need to be aware of what’s happening, and MajorSpoilers is an important resource when it comes to learning what is going on in the comics industry! As always, you all do a great job, Stephen!

What do you think? What’s going on in the comics industry that you’re happy about? Feel free to share your opinions below! I hope you have a wonderful Thanksgiving in 2022, and I thank each and every one of you who reads my columns and reviews or listens to my podcast episodes! You really make my day every time!