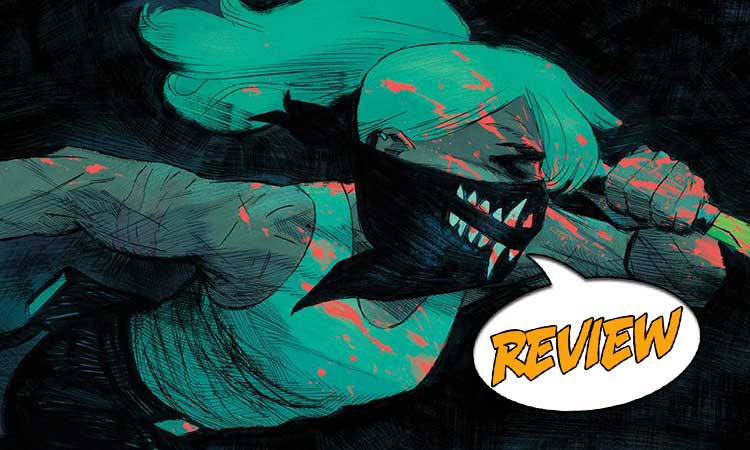 Something is Killing the Children #26 Review

A wounded Erica is forced to accept help from Riqui and her family. Does Erica have any chance to keep them safe from both the monster and the Order? Find out in Something is Killing the Children #26 from BOOM! Studios.

SOMETHING IS KILLING THE CHILDREN #26

Previously in Something is Killing the Children: Erica needs information from Gabi, but the girl will not talk to her. She asks Riqui for help and is forced to admit to her that the serial killer is not human. Gabi finds Octo who starts talking to her about the frustrations of seeing monsters and not being believed. He manipulates her into going to see some bodies. Gabi calls Riqui before she goes, and Erica overhears her and knows Octo is involved. She has Riqui drive her to the nearby hot springs. Octo leads Gabi to the monster and falls silent. Erica attacks it and can drive it away, though cannot kill it. Riqui sees Erica become severely wounded although she cannot see the monster. On the way to the hospital, Cutter calls Erica’s phone.

A STANDOFF, BUT FOR HOW LONG?

Something is Killing the Children #26 opens as Erica regains consciousness. Riqui explains she passed out in the car. Erica’s wound is stitched up. Riqui did not take her to the hospital; her mother did the work. They’re on the reservation now, outside of Tribulation. Riqui insists on an explanation for what she saw, but Erica has no more words for that than monsters. Octo reminds Erica that Cutter called her and is on her way here. Riqui cannot hear what Octo says, but she can tell from Erica’s agitation that something is seriously wrong.

In the kitchen, a bored Gabi is playing war with Riqui’s brother Johnny. When Riqui comes out to tell them she is closing the bar for a few days, he gives her a hard time. Their father never closed the bar when he was alive. Riqui insists that while she is gone, Gabi is not allowed to see Erica. She still thinks she could be trouble. Johnny accuses her of being Riqui’s latest girlfriend. After some pointed barbs back and forth, Riqui leaves and Johnny decides to go home and get his Xbox.

Naturally, as soon as he leaves, Gabi goes to Erica’s room and eavesdrops on her from the doorway. Her monster insists that she leave. Erica can barely walk, but she wants to take care of the duplicitype. Octo reminds her that she does not know how to do it, she cannot do it alone, and Cutter is on her way. If the monster does not kill Gabi, Cutter will. If Erica stays, she may well die also.

Riqui puts a sign up at the bar and gets a call from Sheriff Carter. He has found the bodies at the hot springs. He also has security camera footage of Riqui hauling a blood-soaked Erica into her car along with Gabi. He and Riqui have known each other since grade school. He is willing to give her a little time, but he needs her to explain herself. And then Cutter arrives, introducing herself as an investigator from Interpol.

THE EXHAUSTION OF STRESS

The art of Something is Killing the Children #26 is raw in a way that increases the tension of the story even though this issue is one between fights. Right from the start, Erica’s features look sketched in, and the penciling is emphasized for shadows, giving them a softer look. But what we see on her face is her pain and her determination. She may be closer to realizing her own mortality than she has ever been. Sitting by her is Riqui, cigarette in hand, trying to make sense of what just happened. She is exhausted, skeptical, and wants an explanation while clearly understanding that there is no easy one.

We also get a good look at Erica’s monster outside of Octo. It has a humanoid, almost childlike face, but its arms are tentacles, and it has additional toothy appendages. Its face is inscrutable as it urges Erica to leave. Even in her wounded state, Erica notices this and comments – since when has her life ever been her monster’s priority? Do monsters develop an attachment to their captors?

BOTTOM LINE: THE TENSION IS PALPABLE

Something is Killing the Children #26 shows us that in this world, there are consequences and complications, and they can be dire. The Order of St. George wants to keep its secrets at any cost.

Something is Killing the Children #26

Has Erica finally met a monster she cannot handle?