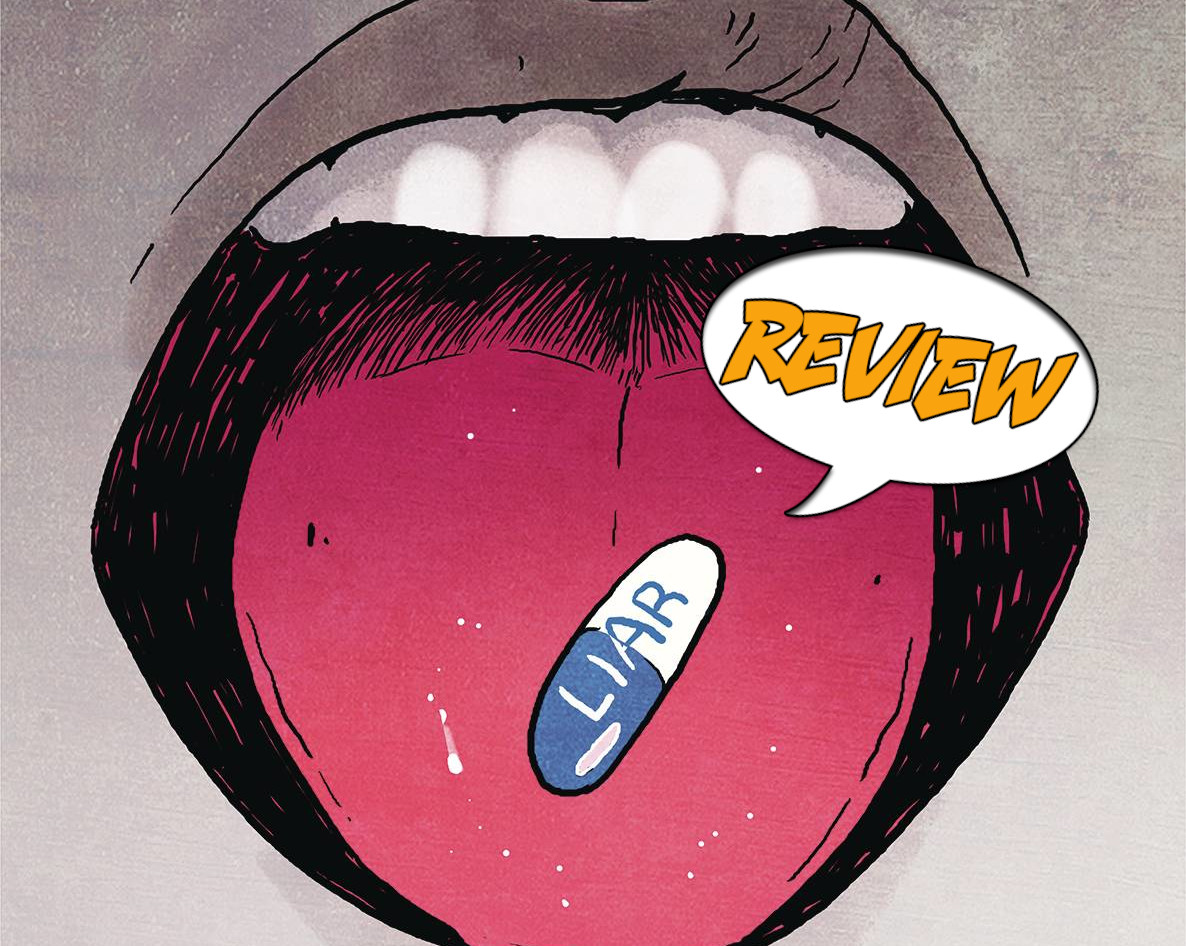 Doctor Rose Osler is a doctor who treats heroes at her job but is forced to save villains after hours. Now the villain Gordian has attacked her home and her husband in Crashing #3 by IDW Publishing!

Previously in Crashing: Doctor Rose Osler is a doctor who used to be a drug addict. Lately, the stress of her job required her to save two heroes while also being blackmailed into saving a villain. On top of that, her husband, Don, is leading a Powered Registration Act which is as adamantly against. This caused her to relapse. When Gordian finds out Rose has been treating heroes at the hospital, he sends his goons to attack her home!

OVERDOSE
Crashing #3 incorporates flashbacks intermingled with modern-day. While Gordian’s men hold Don and Rose hostage, we learn that they met after Don suffered a car accident with his sister, Allison. Throughout this encounter, Rose tells Don that she caused the accident in the first place when they met. In the present, Rose tries to fight off the assailants while encouraging Don to run. She also calls the hero, Rex Glassman, for help, but only Piper shows up. As Piper saves Rose, the goons bomb the apartment, seemingly killing Don.

Rose is sent to a hotel while they look for Don’s body, which is currently missing. She turns on the news and learns that the Powered Registration Act has passed. She then proceeds to take an entire bottle of pills.

COMPLICATED STORYLINE
It is always interesting when stories portray the biggest mystery and plot reveal in the same issue. In a short 5-10 minute read of Crashing #3, I learned that Don lost what I believe is his sister, which was Rose’s fault. Usually, I don’t like pacing that introduces plot points so quickly, and I was surprised at how well this book gripped my attention. This book doesn’t give you time to breathe. You are forced on an emotional rollercoaster as the characters experience revelation and intimate danger. This bold decision by the author paid off in the end.

The artist does a great job adding to the storytelling with the characters’ facial expressions accented by the muted colors from the colorist. For the entire book, I knew each character’s feelings as the story progressed. Great job by the creative team all around.

BOTTOM LINE: BEST ISSUE THUS FAR
Crashing #3 is by far the best issue of the series. I am impressed by the story’s contents, and I think many of the setups in previous issues allowed such a crucial and remarkable moment. While no book is perfect, this comic is pretty close. Crashing #3 is a 5 out of 5 for me.