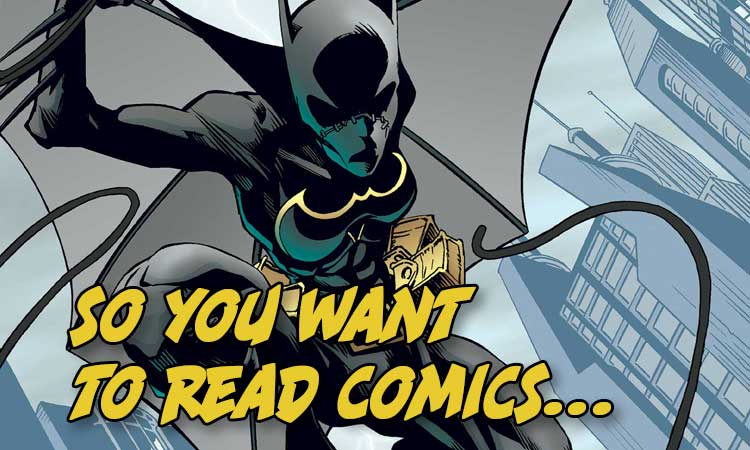 So You Want To Read Comics: Kung-Fu Movies Edition

We’re kicking it up with this week’s “So You Want To Read Comics”.  This is our weekly feature where we take a look at a single topic or genre, then give you two comic book recommendations, perfect for new comic readers, based on that topic or genre.  This week we’re looking at Kung-Fu Movies.

Kung-fu movies, or martial arts movies, have a long history stretching all the way back to the earliest days of the moviemaking traditions of Hong Kong.  These films were often based on traditional stories or operas that had been part of the folklore of the region.  In the west, the arrival of Bruce Lee really catapulted the genre and throughout the 1970s and 1980s both imports from Hong Kong and films made in the west dominated the action film realm, unfortunately, a lot of these films were exploitive of cultures and traditions. In the 1990s and into the 2000s, kung-fu movies had a tonal shift, by inserting martial arts into traditional action films.  This made names like Jackie Chan and Jet Li who were already stars in China, popular figures to western audiences.

It may seem difficult to imagine a genre so dependent on motion to translate well to a static image, but here are a couple of comics that capture the fun of Kung-Fu Movies on the page.

In 2006, the character of Iron Fist had been mostly pushed out, only appearing as cameos and a few short runs, but then this series hit the shelves and brought Danny Rand to the forefront.  In the beginning of this series, Iron Fist discovers that there are other “immortal weapons” like him and moreso, they’re competing in a martial arts tournament that will have grave consequences depending on who wins.  This series doesn’t try to hide the influences that 1970s kung-fu movies have on it.  Utilizing elements from films like Enter The Dragon and Five Fingers of Death, The Immortal Iron Fist has a plotline that manages to balance both kung-fu action with mystery and conspiracy.  Also, some of the techniques used in this collection to depict how martial arts are displayed on page, are still utilized today in Iron Fist comics as well as other martial arts based series’.  This whole run has been collected in five volumes and also acts as a good introduction to characters like Misty Knight, Colleen Wing, and Luke Cage.

While probably not as well known as the original Batgirl, Barbara Gordon, this series follows her replacement, Cassandra Cain.  Cassandra is an orphan who was initially raised by an assassin who trained her within an inch of her life to be a single-minded killing machine.  So much so that she is unable to speak and understands people through their body movements more than voice.  Throughout this series the reader gets to join Cassandra on her journey to not only piece together her past and become a worthy hero, but also how to become a more complete person and realize that she has more to offer than just violence.  It’s very reminiscent of more modern martial arts films, with more complicated and reluctant protagonists like Jet Li’s Unleashed.  Also, since at the time of its publication Cassandra was a new character, the reader gets to be introduced to the wider DC Universe along with her.

What are some of your favorite Kung-Fu Movies or comics?  What did you think of these recommendations? Let us know in the comments section below.