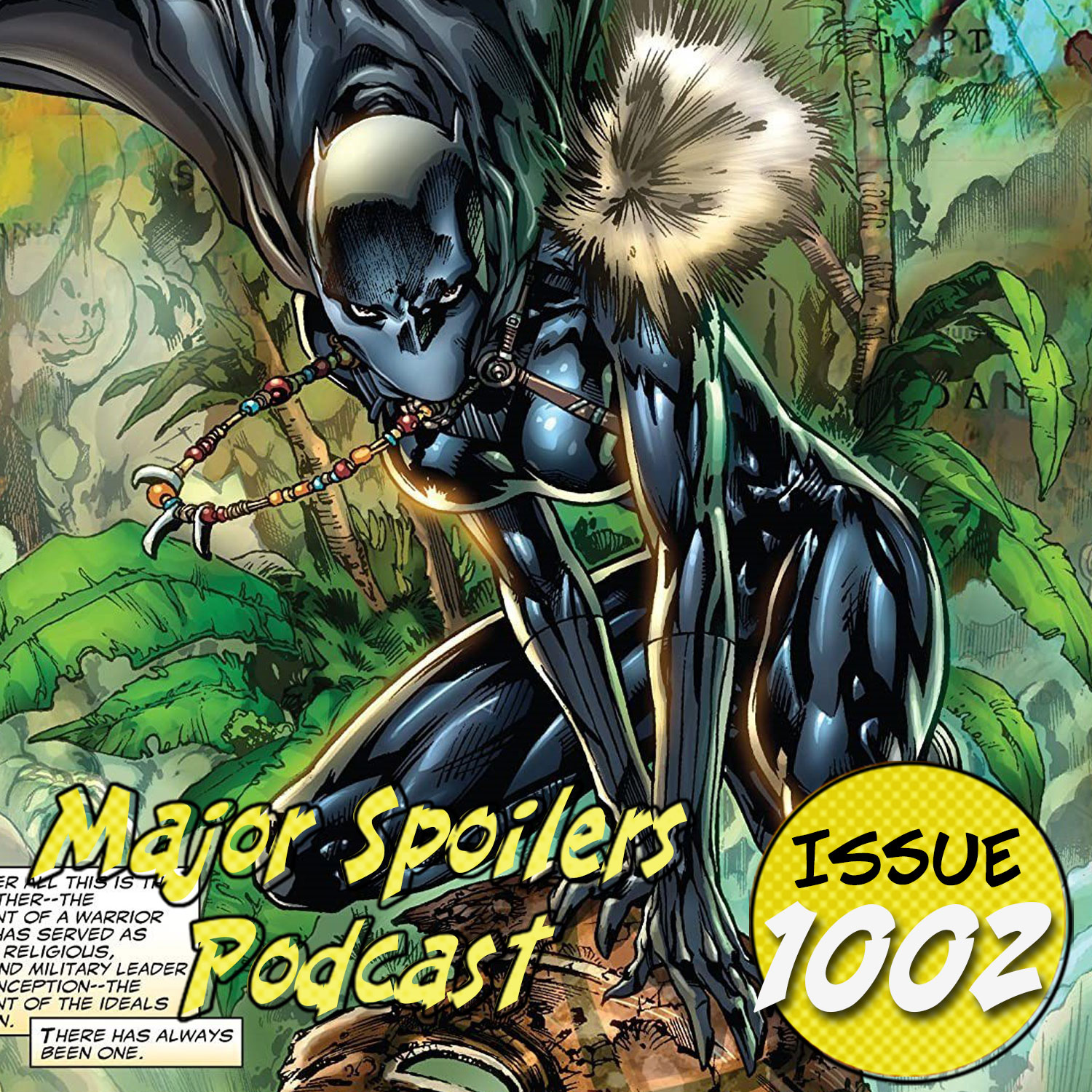 Marvel’s ” Black Panther: Wakanda Forever ” dominated the domestic box office in its debut, earning $180 million over the weekend and providing a much-needed lift to beleaguered cinemas. The sequel demolished the record for a November opening in North America, soaring past the previous high-water mark of $158 million set by 2013’s “The Hunger Games: Catching Fire.”

STEPHEN
GOLD GOBLIN #1
Writer: Christopher Cantwell
Artist: Lan Medina
Publisher: Marvel Comics
Cover Price: $3.99
Release Date: November 16, 2022
It’s not easy being...gold? Norman Osborn’s sins may have been cleansed, but his memories weren’t and he’s done plenty of horrific things to remember. Norman’s worked hard to avoid all things “Goblin” and to stay on the straight and narrow. Consequences in Amazing Spider-Man pushed him to try super-heroing, and he liked it. But when the media dub him the Gold Goblin, he has to start wondering – can he ever get away from the Goblin inside?

You can purchase this issue via our Amazon affiliate link - https://amzn.to/3Tz2CUv

MATTHEW
AVENGERS #62
Writer: Jason Aaron
Artist: Ivan Fiorelli
Publisher Marvel Comics
Cover Price: $3.99
Release Date: November 9, 2022
The Avengers' epic quest through the darkest and weirdest corners of time comes to an end with an issue that focuses on the prehistoric forefather of all things dark and weird in Marvel history: Earth's very first Sorcerer Supreme. Prepare to see all of history through the eyes of Agamotto.

You can purchase this issue via our Amazon affiliate link - https://amzn.to/3TAJDIV

RODRIGO
Magic #20
Writer: Jed MacKay
Artist: Ig Guara
Publisher: BOOM! Studios
Cover Price: $4.99
Release Date: Nov 2, 2022
The finale of the fourth arc of Magic reaches a fever pitch as the Battle of Ravnica rages on, not just between Niv-Mizzet and Tezzeret, but also the Planeswalkers and the Guildpact Guard!

Between daring escapes, deadly ambushes, and a mad grab for godhood, it will take all of the power at the Planeswalkers' disposal to stop the worst from happening...

You can purchase this issue via our Amazon affiliate link - https://amzn.to/3Ex28d3

BLACK PANTHER: SHURI - DEADLIEST OF SPECIES
Writer: Reginald Hudlin
Artist: Ken Lashley
Publisher: Marvel Comics
Cover Price: $14.99
Release Date: May 1, 2018
Who is the Black Panther? Under the protection of the Black Panther, the African nation of Wakanda has thrived. But after attending a secretive, mysterious meeting, T'Challa - the current Black Panther and ruler of Wakanda - returns home with severe injuries and locked in a comatose state. Though Wakanda is a powerful nation capable of defending itself, its power comes directly from its leader, the Black Panther - and in the event that T'Challa doesn't emerge from his coma, a successor must be chosen. For Shuri, younger sister of T'Challa, the time has finally come to take up the mantle. But as she embarks on the dangerous ritual to become the new Black Panther, the stakes have never been higher. An unstoppable force is headed toward Wakanda: Morlun is back, and he's hungry!