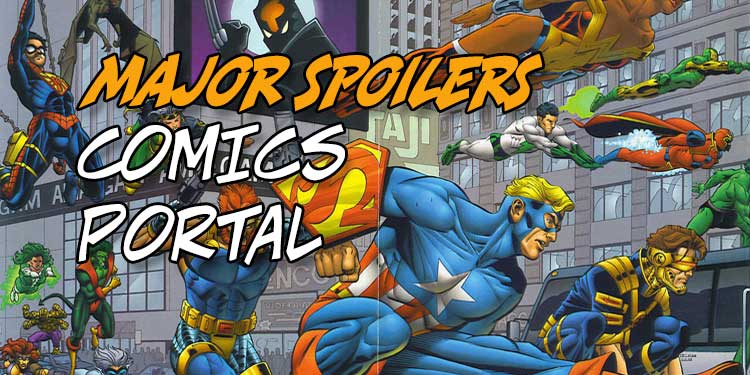 There are many comics universes that we don’t see around much these days! We need them brought back!

Now that the JSA is back, we need to see even more heroes return!

It was only a few years ago that DC brought back many of the Hanna-Barbera cartoon heroes, sometimes even teaming up their own good guys with them! Several of them got a lot of positive attention from the comics press, but they have faded away… for now!

The characters that seemed to really work included The Flintstones written by Mark Russell, who also did Exit Stage Left: The Snagglepuss Chronicles. As much fun as those were, I preferred the super-heroes from the related cartoons. They appeared in a Future Quest comic often written by Jeff Parker.

The main comic brought back many of my favorites, including Space Ghost (giving his previously untold origin), Jonny Quest (and his family), the Herculoids, the Mighty Mightor, Birdman and the Galaxy Trio, and even the Impossibles and Frankenstein, Jr.

“Adventure” is the word I would use to characterize these stories. There was lots of derring-do, taking on the bad guys, and even some updating of several heroes, including Mightor and Birdman.

They did a number of annuals teaming up Booster Gold with the Flintstones, Green Lantern and Space Ghost, and Suicide Squad with the Banana Splits. They were a joy to read!

That particular itch still hasn’t been scratched enough for me! It’s been a few years, and with the new leadership at Warner Bros. Discovery, maybe we could try to revive this trend? I’d certainly buy it! Every so often, the folks at Archie Comics look at the superhero market and remember The Mighty Crusaders, a group of characters they most recently worked to bring back under the Dark Circle Comics imprint. Their website, darkcirclecomics.com, is still up, so maybe they could be wondering if they should give these folks another try?

My favorite character, and the last one to see print, I believe, was The Black Hood, written by Duane Swierczynski. They printed three volumes starring this character, who got a serious upgrade from the old mechanical-horse riding guy that I still fondly remember.

The Mighty Crusaders was the team with many of their own heroes, including the aforementioned Black Hood, The Shield, The Comet, The Web, Steel Sterling, Firefly, Jaguar (another favorite of mine), and the Darkling. We didn’t see much of founding heroes The Fly and Fly-Girl, but I still remember them!

Hey, I even still recall when DC brought back these heroes in an imprint of their own called !mpact Comics. It was an attempt to draw in younger readers, and I also enjoyed them.

The Fox rises up every so often, and I happily buy his books! More, please!

Just how low were those sales in Dark Circle? Could they try again to use this universe? It’s probably too long ago for many of today’s comics fans to remember, but there was a brief time when Marvel and DC actually combined their characters into some pretty imaginative heroes/people.

The best-known character blended Batman and Wolverine together into Dark Claw. There was also Super Soldier, mixing Captain America and Superman. Iron Lantern, of course, combined Iron Man and Green Lantern. Doctor Strangefate put together the two “doctors,” Fate and Strange. Amazon mixed Storm from the X-Men with Wonder Woman.

This all took place back in 1996 or thereabouts, and we haven’t seen these people since that time. I wonder if, with some tinkering, these characters might actually get a life of their own! I still don’t understand why the Valiant universe doesn’t sell better than it does. But even before the current heroes, there was a group of heroes I really enjoyed as well.

They included Magnus, Robot Fighter; Doctor Solar, Man of the Atom; and Eternal Warrior, just to mention a few.

Granted, some of the heroes in that universe continue on in the current Valiant company, including the Harbingers, Rai, X-O Manowar, Ninjak, and Archer & Armstrong. But Magnus and Solar remain my favorites, and I haven’t seen them in print for years! Way, way, way ahead of its time was the Femforce from AC Comics.

They debuted back in 1985, and the book followed the adventures of the “Federal Emergency Missions Force” or “Femforce,” called the “longest running all-women ‘super-team.’”

The series passed 150 issues, something rare in comics even today. There were some male characters around, such as Microman, but they were never the main focus.

It would be interesting to see how these heroes are doing today, or at least provide an upgrade with these heroines as if they were created now. Formed by the United Nations, the T.H.U.N.D.E.R. (The Higher United Nations Defense Enforcement Reserves) Agents were often drawn during their early days by Wally Wood, a terrific creator who doesn’t get enough attention, in my opinion.

This team featured Dynamo, NoMan, Lightning, Raven, Undersea Agent, and Menthor, and they were published by several companies, including Tower Comics, Texas Comics, Deluxe Comics, and even came out from DC Comics for a while in the 2000s. The last time they were seen, they came out from IDW Publishing where they lasted eight issues.

What made them stand out was that they often had problems associated with their powers. For instance, Lightning aged the more he used his speed abilities. That was a rare thing back in the early days of this group.

There are many more groups I could mention, but these are the ones I remember most and want to see back!