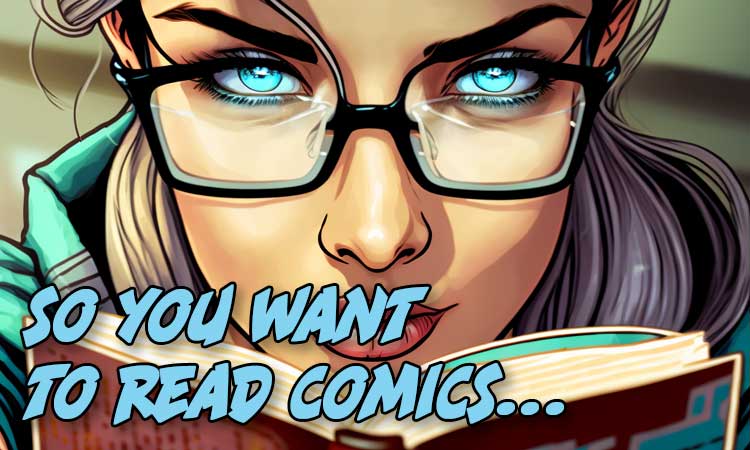 So You Want To Read Comics: A.I. Edition

We’re heading for the singularity in this week’s “So You Want To Read Comics”.  This is our weekly feature where we take a look at a single topic or genre, then give you two comic book recommendations, perfect for new readers, based on that topic or genre.  This week we’re taking a look at comics involving Artificial Intelligence.

A.I. has been the subject of a lot of debate for a while now.  With some people saying that it’s possible that A.I. can become dangerous, and some say that it’s a mostly beneficial thing. Yet, as of late A.I. has taken center stage in other areas. With the help of social media and platforms like Youtube and TikTok, A.I. has entered the public consciousness via things like A.I. generated art and scripts. But, artificial intelligence has been lurking around in our entertainment for a long time.  Going back to Frankenstein, through science fiction from the likes of Phillip K. Dick and Frank Herbert, into the modern era with movies like terminator, Ex Machina, and Blade Runner (and its sequel).  Oftentimes A.I. is used in media to represent human’s fear of being controlled or losing control, but it can also be used as a way to examine what it means to be human and to question if there is a difference between organic thought and that created by a creation.

Here are a couple of comic books that venture to ask similar questions regarding A.I.

Featuring some similarities to a relatively recent movie featuring an A.I. “Her”, Alex + Ada is at its heart a love story. Alex, who’s heartbroken over a recent breakup receives a robot named Ada to keep him company.  After she gains sentience, the two develop feelings for eachother, but as society hasn’t accepted sentient robots as people yet, this puts them on the wrong side of the law.  Alex + Ada was a critical darling when it came out, and for good reason.  It explores a lot of themes from man;s relationship with technology, to the idea of who gets to determine “life”, and like any good sci-fi story it holds a mirror up to our own world, reflecting a time when other groups weren’t allowed to express their relationships publicly. What’s nice about this series is that it doesn’t paint the relationship between A.I. and humans as combative, simply in a place of evolution.  This series has been completed and can be completely collected in just 3 volumes or an oversized complete collection.

For those who like their A.I. storylines with a bit more action and explosions than navel gazing and philosophy, I present to you, Avengers A.I. When a sentient lifeform born from a computer virus emerges and threatens the world, The Avengers must put together a team of robots, androids, and other forms of artificial intelligence to combat the problem.  Now, while this is much more of a popcorn flick type of comic book, there are some nice moments when things get deep.  In particular there’s some discussion about the worth of these heroes as opposed to their human teammates and if these heroes have more obligation to the wellbeing of humans rather than other A.I.s.  There are some ties to other Marvel titles that were being published at the time, but it’s not completely necessary to read them to understand what’s going on in this series.  Avengers A.I. lasted 12 issues and is now collected in 2 volumes.

What are some of your favorite A.I. stories?  Did you check out either of these recommendations?  Let us know in the comments section below.