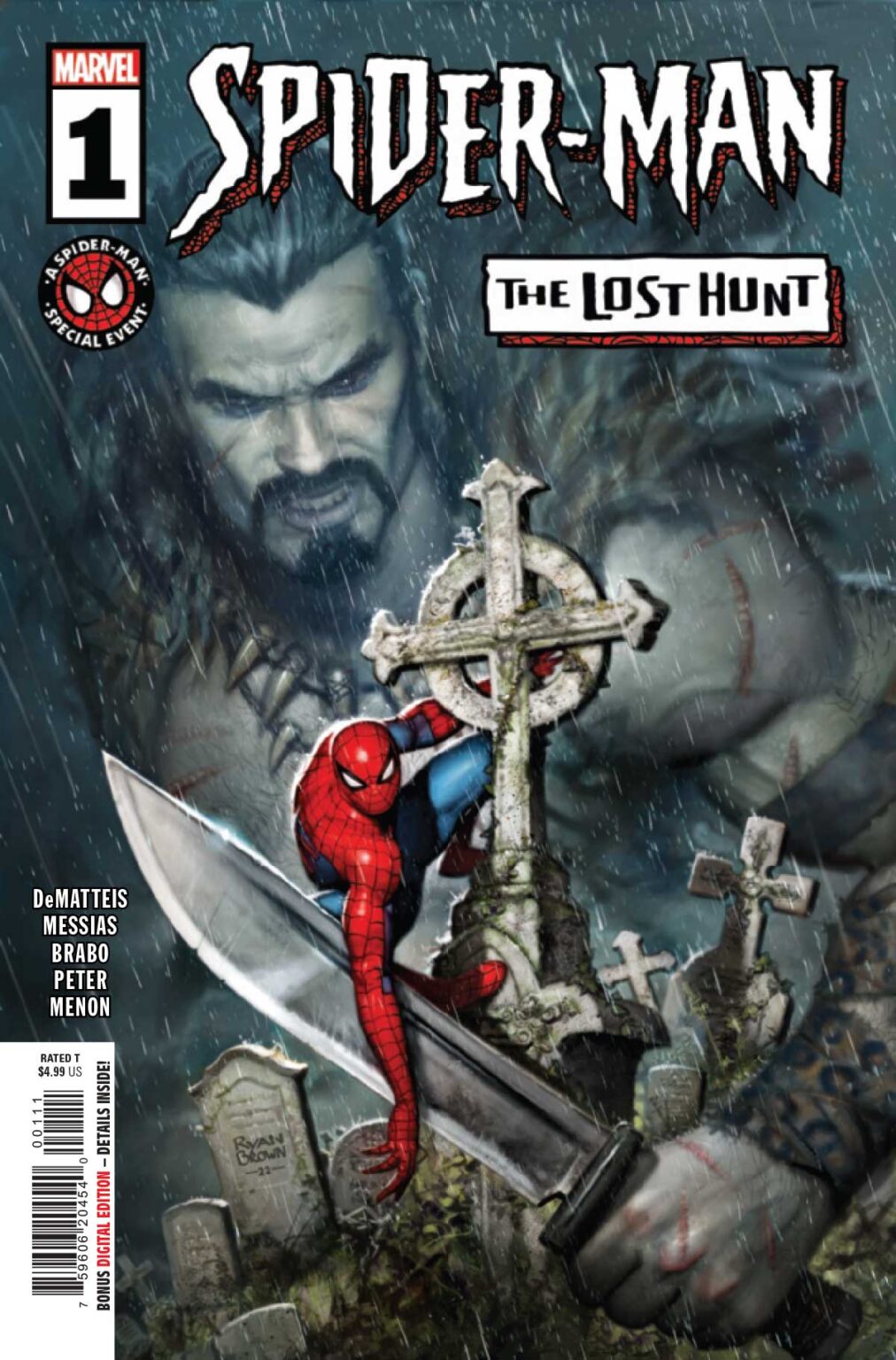 Peter Parker and Mary Jane prepare for their new lives in Portland in the pages of Spider-Man: The Lost Hunt #1 from Marvel Comics.

SPIDER-MAN: THE LOST HUNT #1 (OF 5)
J.M. DEMATTEIS (W) • EDER MESSIAS (A) • Cover by RYAN BROWN
VARIANT COVER BY EJIWA “EDGE” EBENEBE
VARIANT COVER BY KYLE HOTZ
THE ORIGINS OF KRAVEN FINALLY REVEALED!
• J.M. DEMATTEIS continues to spin new webs within the past, this time partnered with artist EDER MESSIAS! Revealing secrets and answering mysteries Spidey fans have been waiting for — prepare to explore the depths of what made Kraven the Hunter the powerhouse villain he was!
• As PETER PARKER and MARY JANE prepare for their new lives in Portland, a man from Kraven’s past stalks them.
• Who is this mystery man, and what does he want with SPIDER-MAN?
• Find out when we return to the time period after SPIDER-MAN: THE FINAL ADVENTURE when Peter Parker was POWERLESS!
40 PGS./Rated T …$4.99