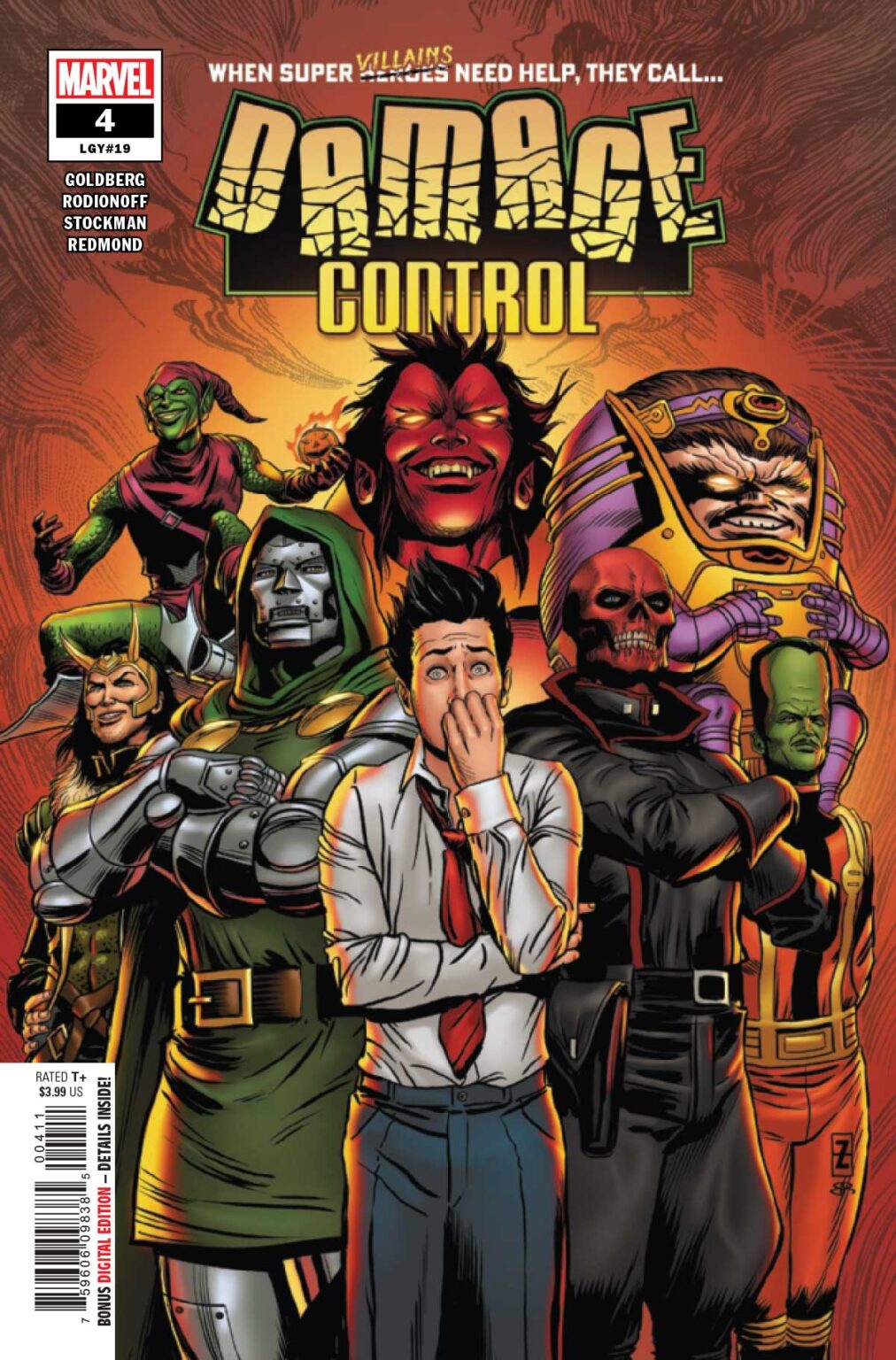 The penultimate issue of Damage Control lands at your LCS on Wednesday, and today we have a sneak peek from Marvel Comics.

DAMAGE CONTROL #4 (OF 5)
ADAM F. GOLDBERG & HANS RODIONOFF (W)
NATHAN STOCKMAN (A)
COVER BY PATCH ZIRCHER
It’s been a tough first week for Gus at Damage Control. On Monday, he nearly caused a catastrophic Skrull attack. On Tuesday, he smushed a family who had been shrunk by Pym Particles, and on Wednesday, he turned himself into a monstrous guinea pig Kaiju. That’s why Gus has been banished down to research and development to assist Eugene Strausser. But introducing Gus to the one member of the Damage Control team who had a brief stint as a super villain could have dire consequences…
HANS RODIONOFF and ADAM F. GOLDBERG write Gus into terrible situations and NATHAN STOCKMAN brings the bad guys to glorious life in our super villain-packed issue with appalling appearances by Doctor Doom, Green Goblin, Red Skull, Loki, the Wrecking Crew, M.O.D.O.K. and more.
32 PGS./Rated T+ …$3.99