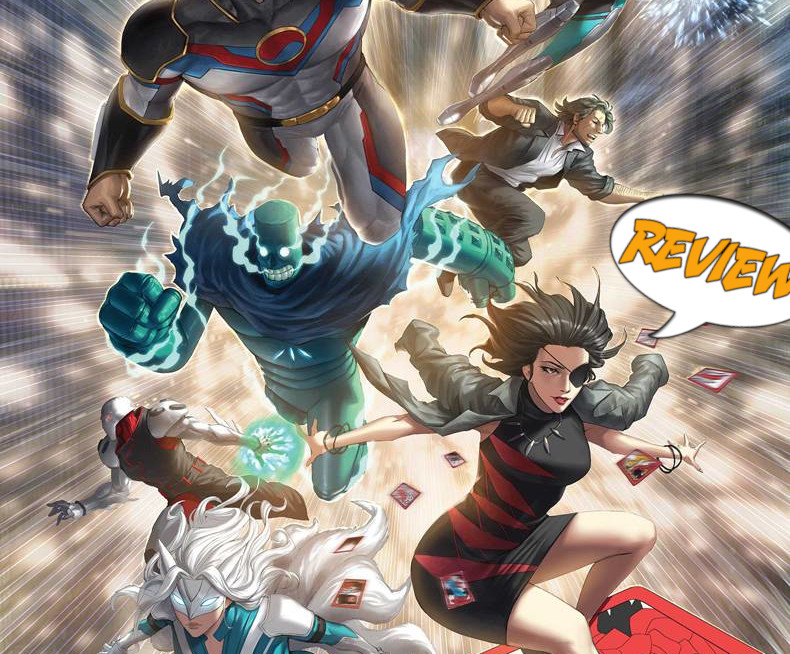 A new superhero team comes to Marvel Comics! White Fox has assembled a team for South Korea’s National Intelligence Service led by the powerful Taegukgi. Check it out in Tiger Division #1 by Marvel Comics!

Tiger Division #1 starts with a near catastrophe as Luna Snow finds a ship on fire at risk of crashing into a river-side park. Tiger Division is introduced one character at a time until Taegukgi stops the boat, and the rest of the team puts out the fire and saves the people. In the aftermath, Taegukgi sees a ghost from his past, which distracts him when White Fox sends them on a mission to track down a team that stole a powerful artifact. Through a flashback, we learn that Tae-Won was a baby during the Korean War and was saved by a woman named him after her lost brother. As Tiger Division tracks down the criminals, they walk into a warehouse where they are surrounded!

A TON OF POTENTIAL

Tiger Division #1 features Emily Kim, who wrote the latest Silk series. She did an excellent job of introducing each character. Many of them are new and don’t have a rich backstory. While we didn’t get colossal story beats or characterizations for many of them, I got a promising idea about their power sets and personality quirks. My only qualm may be the interpretation of White Fox, who looks incompetent when she doesn’t notice obvious purple footprints. It may not be intentional, but it doesn’t make her a respectable leader.

On top of that, the art design is excellent as well. I love Taegukgi’s costume. I’m unsure if this is a brand-new design, but this is my first introduction to his outfit. Interpreting the weapons, power sets, and color schemes are engaging on the page. And both the writing and art support this theme of history and culture. Even if the reader hasn’t been introduced to these characters’ backstories, I sense the experiences of these characters. And I am looking forward to getting to know the characters and interpersonal relationships.

Tiger Division #1 did an excellent job introducing these characters. While we spent a lot of time in exposition, each character got a moment, and I had a clear idea about their motivations and personalities. This is precisely what I want from a new series, and I appreciate having more representation in our comic titles. Tiger Division #1 is a 5 out of 5 stars.

Tiger Division #1 introduces an incredible new Korean team and provides a rich context of who these heroes are.