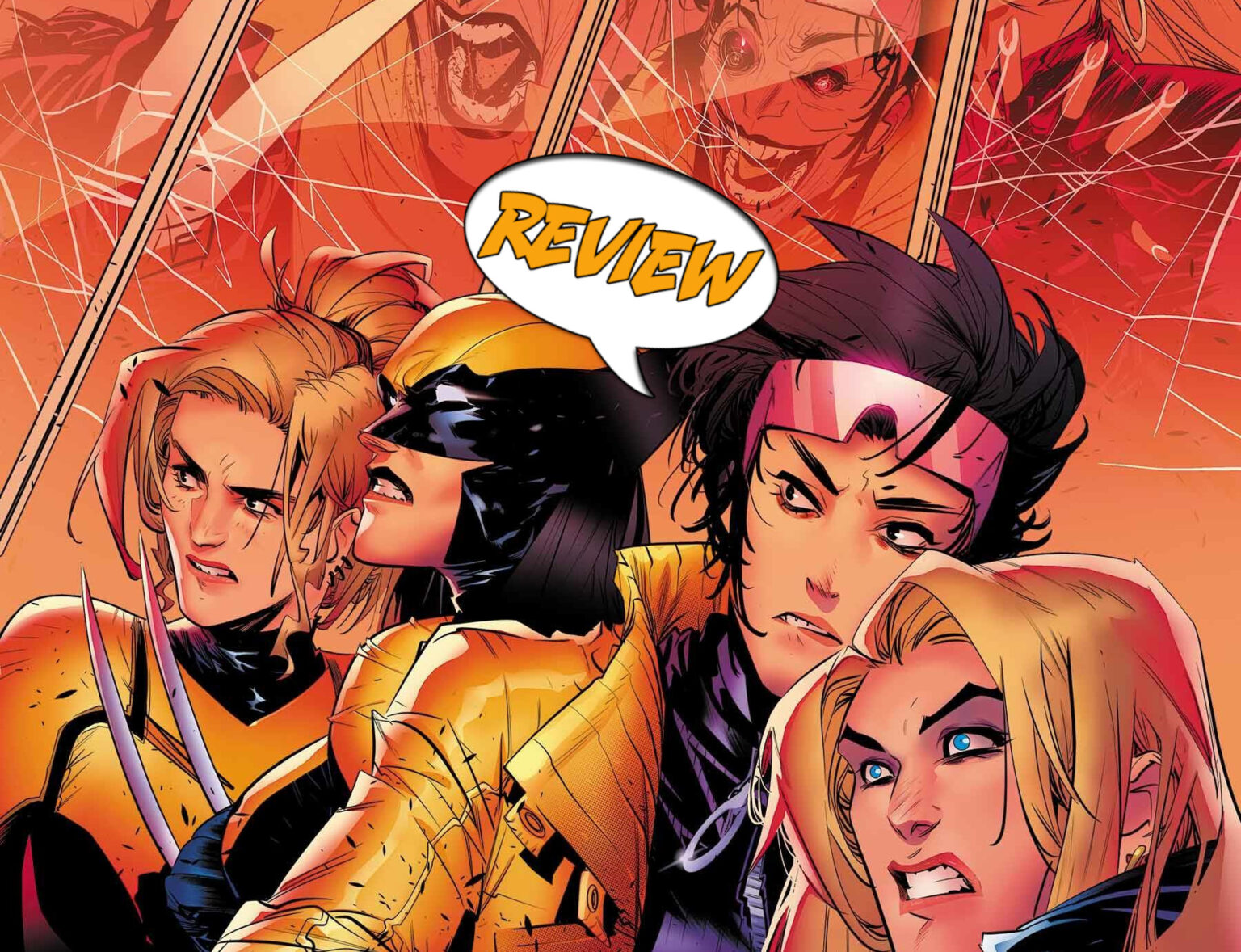 Dazzler, Boom-Boom, and Jubilee have been kidnapped and sent to a death arena, and now they must fight Laura Kinney’s Wolverine! Find out who wins in X-Terminators #2 by Marvel Comics!

Previously in X-Terminators: Dazzler had a bad breakup. Unfortunately, she broke up with a vampire named Alex! As Dazzler, Boom-Boom, and Jubilee go out to drink, they are suddenly drugged and attacked by Alex and his vampires. When they awake, they are in a death arena where they must fight people and creatures to death! And their final boss is Wolverine!

X-Terminators #2 starts with Laura Kinney’s Wolverine, not under any sort of rage or mind control, and promptly stands down. Unfortunately, there is a crowd of people watching the fight. Jubilee and Boom-Boom start an (obviously) fake fight while Wolverine and Dazzler catch up on the situation. Alex is confronted by his father, Xarus, who tells him just to kill them and move on. Alex pushes a button and summons mirrors filled with faerie magic. When anyone looks in the mirror, it summons a copy of themselves they must fight.

Wolverine and Dazzler can defeat their counterparts and start walking around with their eyes closed while Jubilee and Boom-Boom fight blindfolded. Alex then sends in a quartet of vampires to finish the job.

CONCEPT IS GROWING ON ME

I was lukewarm for the first issue, but there is a little more nuance as the story progresses. Or perhaps I was in a better mood when I read X-Terminators #2. This is a fun concept that does not take itself seriously. However, the plot is developing, and there are some exciting ideas involving Alex and his father. The main feature, though, is the small talk between the heroes. Between Jubilee wrestling Boom-Boom as a distraction or Wolverine and Dazzler talking about the breakup, there are just a lot of small, fun moments to look at.

The art and coloring in X-Terminators #2 is a standard affair for current Marvel comics. Sometimes, facial features start to look similar, and I must look at outfits and hairstyles to tell people apart. But that is just a minor inconvenience to a reasonable standard art style. Good work by the creative team.

X-Terminators #2 is developing into a solid story. While it isn’t my usual reading, this issue has proven to be fun. The current X-Men comic run has a book for every interest, and this one fills a niche that no current title is serving. With that in mind, this issue is a 3.5 out of 5 stars.

X-Terminators #2 is a fun issue growing more nuanced as the story progresses.