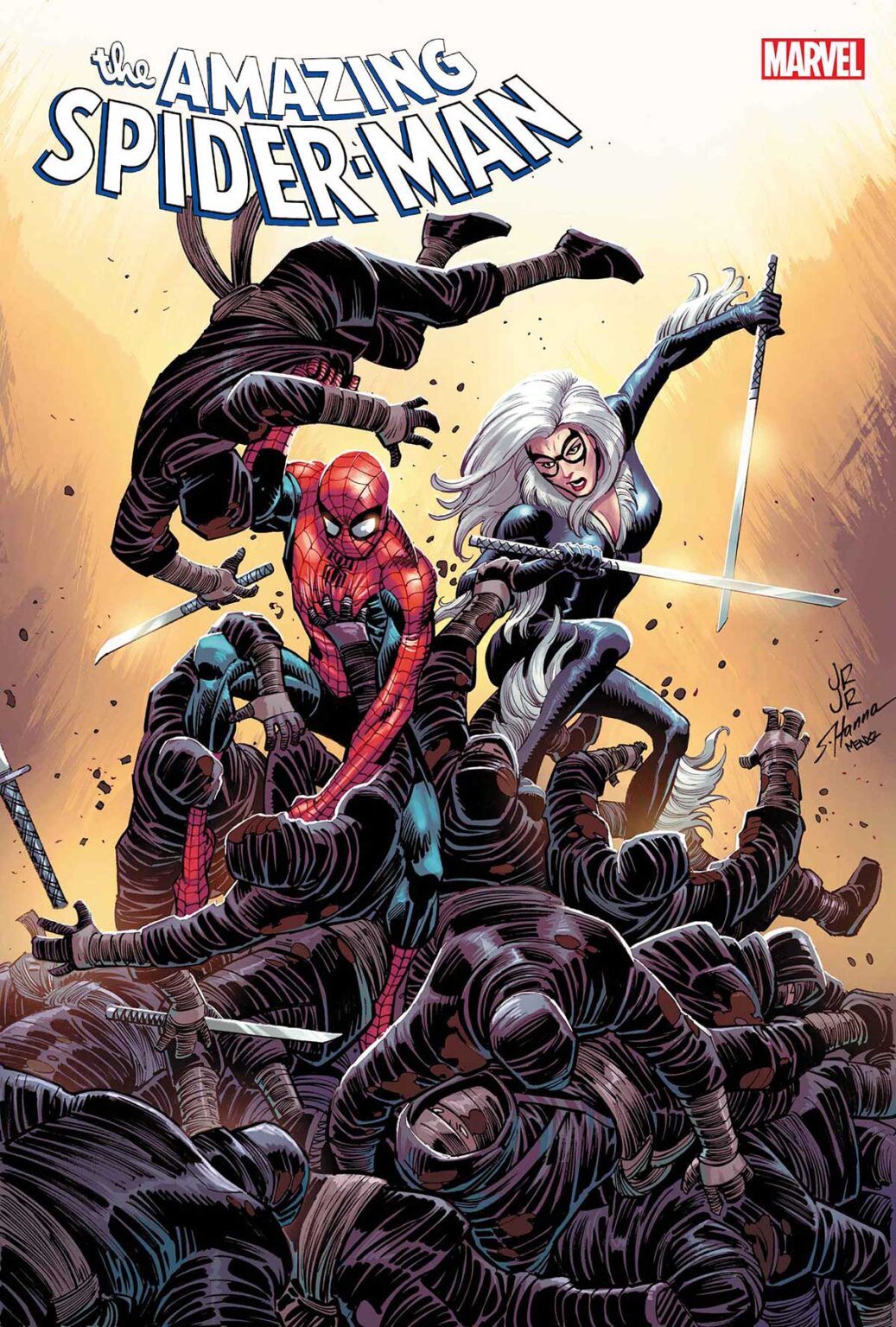 This past weekend at the Lucca Comics & Games festival, Editor-in-Chief C.B. Cebulski and legendary artist John Romita Jr. gave attendees a special sneak peek at what’s on the horizon for AMAZING SPIDER-MAN! Fans finally got to see the epic cover of February’s DARK WEB FINALE #1, the startling conclusion to the X-Men/Spider-Man crossover that’s going to ignite the holiday season come December! It was also revealed that AMAZING SPIDER-MAN #19 and #20 will be a two-part guest arc by two Spidey superstars: Joe Kelly and Terry Dodson! Readers of Zeb Wells’ current run have seen that Peter Parker and Felicia Hardy’s love affair is in full swing and now two of Black Cat’s most defining creators return to take it to the next level! The dawn rises after the demonic invasion of New York City, but what will that light reveal? Find out in DARK WEB FINALE #1 by Zeb Wells and artist Adam Kubert. The climactic double-sized issue will reveal Chasm’s final gambit and the new denizens of Hell he helped create and unleash on Spider-Man and the X-Men! Fans will witness how Limbo will changed the city’s landscape forever–literally! The latest cover by Kubert as well as an AMAZING SPIDER-MAN #18 variant cover by Ed McGuinness also provide a startling first look at the INSIDIOUS SIX, a twisted take on the Sinister Six that will plague Spidey throughout the event!

Dark Web is over, but the effects will shake Spider-Man for a long time. To recover, Peter Parker and Felicia Hardy escape from the city to an exclusive spa upstate in AMAZING SPIDER-MAN #19-20! Surely, trouble won’t follow our Web-Head and ruin his romantic getaway… Join guest creative team Joe Kelly and Terry Dodson for this special two-parter where Spidey and Black Cat take their next step and no one tries to kill them…yet.

Swing from one crisis to the next—with some romance in between—when these thrilling issues of AMAZING SPIDER-MAN hit stands in February! For more information, visit Marvel.com.