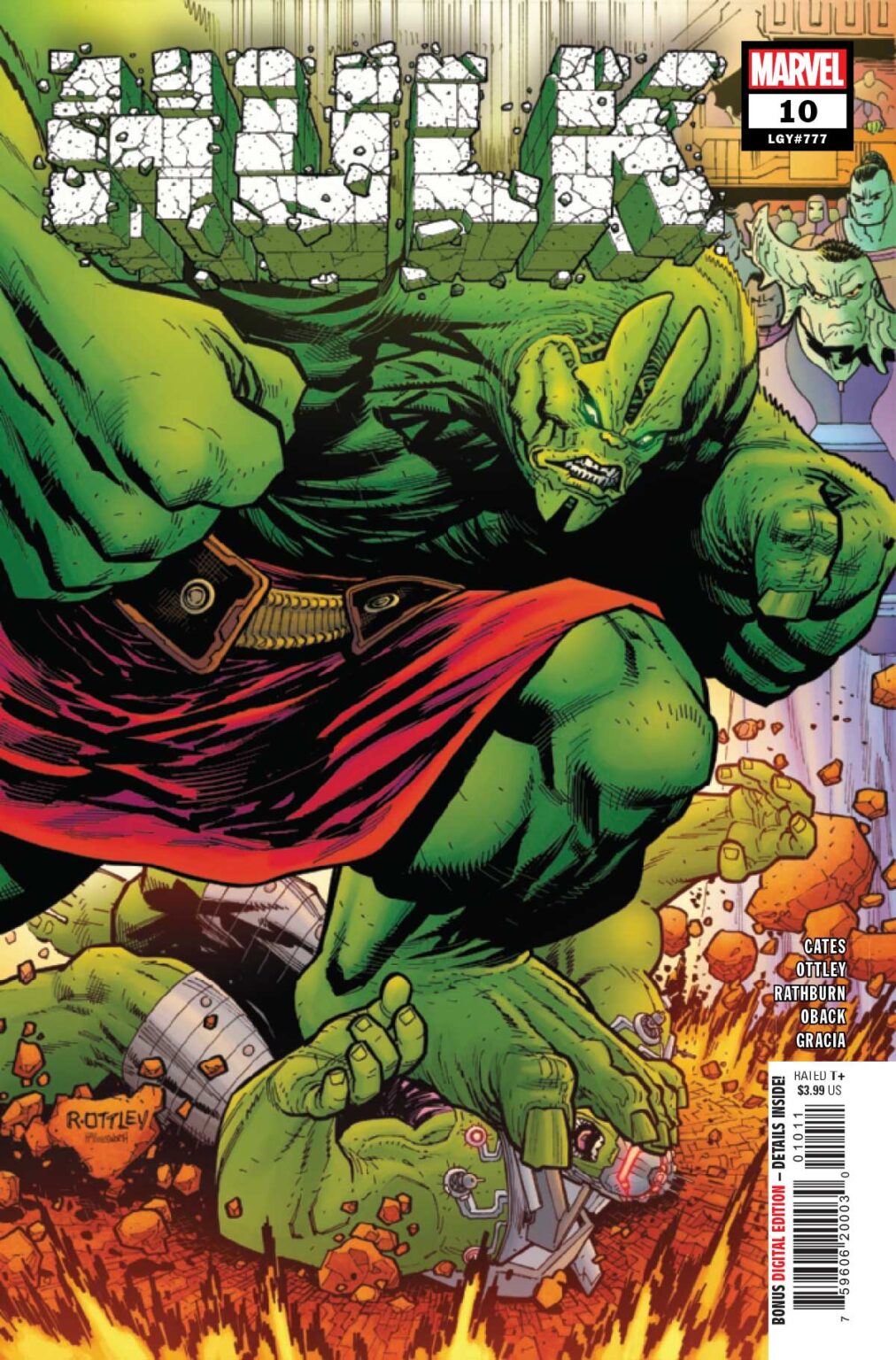 Donny Cates and Ryan Ottley team for Hulk #10, which arrives this week from Marvel Comics.

HULK #10
DONNY CATES (W) • RYAN OTTLEY (A/C)
BEYOND AMAZING SPIDER-MAN
VARIANT COVER BY E.J. SU
“HULK PLANET” PART TWO!
Starship Hulk has found what should be the ultimate paradise – an entire planet of Hulk-like creatures thriving under the heat of a gamma star. But Bruce can’t shake thoughts of the past or the nagging suspicion that Monolith isn’t being totally honest about what she wants from the Hulk. And then there’s the matter of the planet’s “welcoming committee”…
32 PGS./Rated T+ …$3.99
order using 75960620003001011