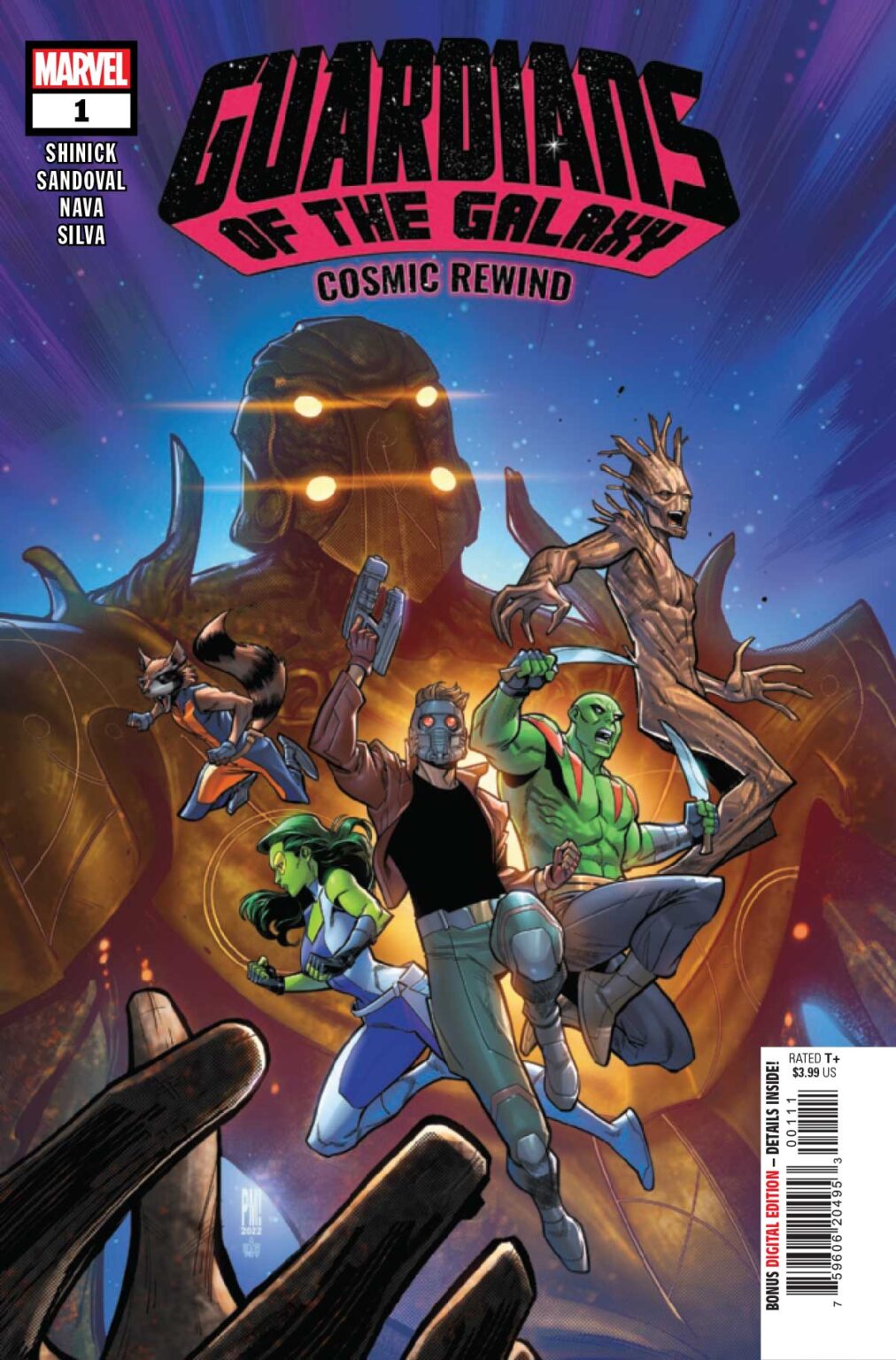 GUARDIANS OF THE GALAXY: COSMIC REWIND #1
Kevin Shinick (W) • Gerardo Sandoval (A) • COVER BY Paco Medina
The Worldmind is collecting data for the new Xandar pavilion on Terra and who knows Earth better than Peter Quill? (Probably…a lot of people…but definitely not the other Guardians!) What Star-Lord doesn’t know, is that a Celestial has been watching and waiting for the Guardians of the Galaxy to be distracted to begin his plan to wipe humanity from existence.
32 PGS./ONE-SHOT/Rated T+ …$3.99