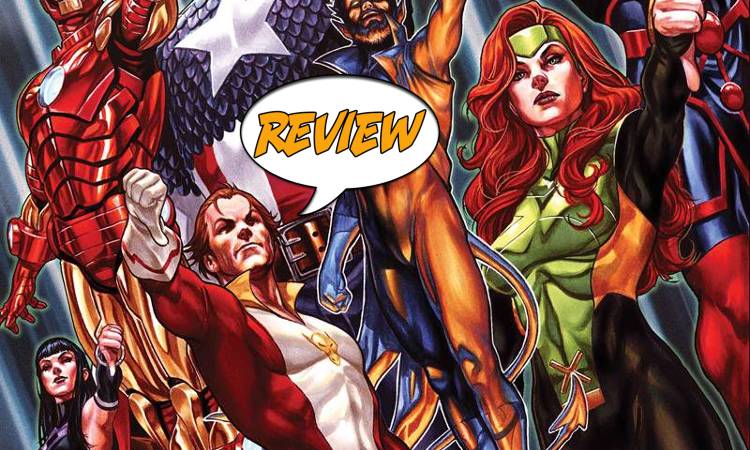 The Earth has been judged and we have been found… wanting. Your Major Spoilers review of A.X.E.: Judgment Day #6 from Marvel Comics awaits! Previously in A.X.E.: Judgment Day: Judgment Day has come and nothing will ever be the same again. In truth, unless the heroes of The Avengers, X-Men, and Eternals can find a new way to be heroes, everything will be nothing forever.

The world is ending. Nothing that the Avengers have done could stop the Celestial Judgment (but to be fair, they did kind of start it). The Eternals have killed a large population of the mutants of the world. The X-Men are facing years of constant work to resurrect their dead. And as for the Progenitor, it is merely irritated that a small portion of Earth’s population has escaped death and so is heading for the Reality Loom at the heart of the planet. But a small force of heroes from all three populations has infiltrated its giant zombie body to try and stop the carnage. Jean Grey is willing to murder the Progenitor outright, but before she can strike, Ajak of the Eternals steps in. She’s not being controlled by her own anti-Deviant programming, but instead wonders if there isn’t a way to actually RESTORE the world, rather than save the few remaining survivors. And all it will take is for one hero to die, one egomaniac to admit their own personal failings, and for The Eternals, the most terrible secret to be made known to EVERY SOUL ON THE PLANET.

THE HEROES HAVE FAILED

It’s easy to be flippant and cavalier about the big crossovers, especially in an era where both the X-Men and the Eternals have resurrection machines that allow them to turn The Ultimate Sacrifice into another day at the office. But this story has focused not only on the macro level, but followed a few individual humans through their own judgment at the hands of the Progenitor, making for a fresh look at the giant calamities. Not all of them live, nor even get judged worthy, but it gives the story a different focal point than the Infinity Wars and Secret Invasions past. I also appreciate how the Progenitor has proven from the beginning to be a faulty judge of character, failing Captain America, lauding Iron Man, and just generally being capricious and human in its biases. The art here is truly lovely, especially Sersi’s conflicting emotions as she telepathically links every mind on Earth to reveal the truth of the Eternals’ immortality. The kaiju scale of the undead Celestial makes standard combat difficult to visualize, but the battle inside its body is quite exciting (and Jean’s Wolverine moment is both shocking and impressive).

The best part of all? A.X.E.: Judgment Day #6 takes pride in defanging the usual complaints about these sorts of stories by admitting that “Nothing will ever be the same” is a falsehood, instead using the return to the status quo as a warning in-universe and out, while the art makes even the sight of a longtime hero being blown to atoms beautiful, shaking down to 4.5 out of 5 stars overall. It’s the crossover for people who hate crossovers, and well worth your time.

The resolution of the threat to Earth feels a bit sudden, but the art is wonderful and the things that come AFTER that literal Deus Ex Machina more than make up for it.