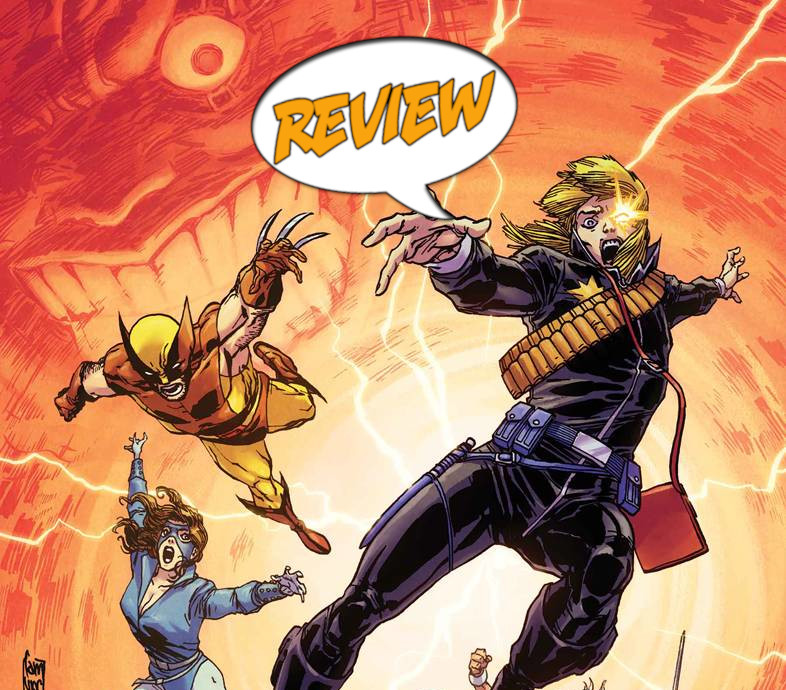 Head back into the Mojoverse in X-Men Legends #3 by Marvel Comics! Longshot briefly had freedom before Mojo and Spiral came after him to star in the next Mojo feature film!

Previously in X-Men Legends: Check out the series that revisits our favorite X-Men comic storylines! After Longshot #1-6, Longshot escaped the Mojoverse, where he was forced to make movies for the evil Mojo. With exceptional luck, he was able to evade them. Longshot decided to return to Mojoverse to put an end to their evil.

X-Men Legends #3 starts with Longshot briefly evading capture but ends up back at Mollywood, where Mojo plans the next film. This time, Mojo hopes that Longshot’s luck will run out and he will finally die in this movie. The movie’s premise is simple, Longshot is at war, and the entire film is just one long battle sequence. To get extras for the movie, Spiral brings humans to play the literal victims and even pulls in Wolverine and Shadowcat. Both X-Men are mind controlled to be actors in the film alongside Longshot.

I never read any of the Mojoverse stuff or the Longshot series. I spent a lot of X-Men Legends #3 trying to catch up with the overarching concepts. The comic does a great job informing me of what is going on, the motivation of the characters, and the overarching plot. However, I felt the issue was highly wordy and found my interest waning as the story continued. There is a lot of dialogue between Mojo wanting to create his next masterpiece and everyone else trying to get an actual storyline out of him. There is a fair bit of humor, but the joke felt overused as the comic progressed. At least Longshot has some potential, even if I didn’t get much character growth from him in this introductory issue.

I enjoyed the nostalgic art and colors of X-Men Legends #3. I liked the interpretation of Mojo and Spiral, who are visually dynamic characters. Great work by the creative team here.

BOTTOM LINE: DECENT BUT HAS ITS FLAWS

X-Men Legends #3 is intriguing but doesn’t hit that nostalgic feel for me. This was written before I got into comics, and I am not familiar with the themes of these characters. However, the story is a lot of fun! X-Men Legends #3 is a solid 3.5 out of 5 stars, and I’m invested in knowing what happens next.

X-Men Legends #3 is an excellent comic for people who enjoyed the original Mojoverse introduction but may fall flat for the new reader.