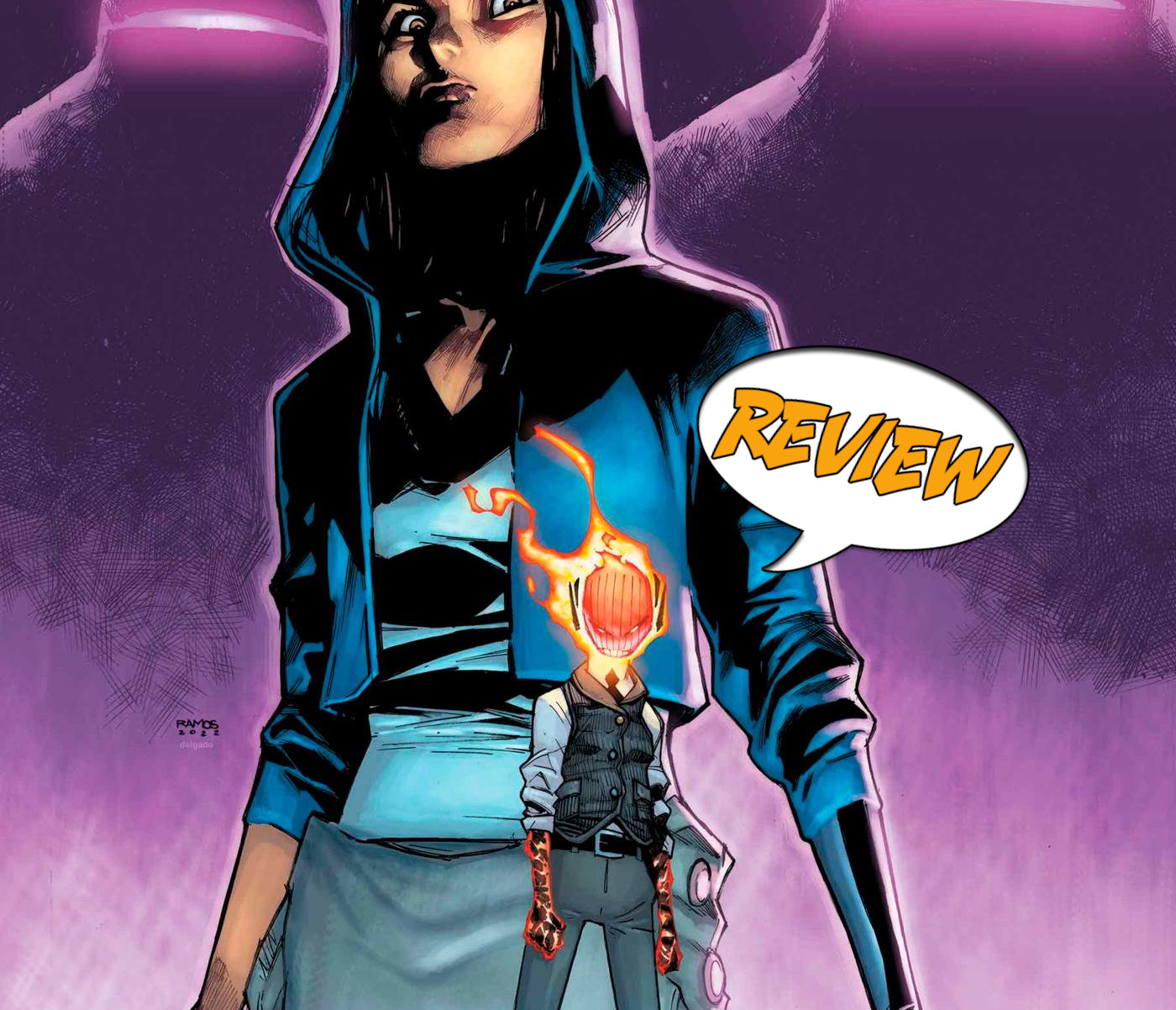 Previously in Strange Academy: Calvin lost his magic after destroying his monster jacket. To compensate for his lack of magic, he began dealing in wishes that granted him powers. When the faculty found out, Calvin was expelled. Emily led a walkout in protest and hid out in the Sanctum Sanctorum. When the faculty approached her group, she used strong magic to turn the Mindless Ones against the teachers and opened a portal to the dark dimension!

WHEN YOU GO TOO FAR

Strange Academy #1 starts with Zoe and the students supporting her living in the Dark Dimension. Many kids are uncomfortable and believe they took their walkout too far. Emily is furious and destroys any attempt for the kids to contact their parents or family. Meanwhile, Calvin is having a hard time. As he tries to sell wishes for Gaslamp, he is beaten, and his stock is stolen. To repay Gaslamp, Gaslamp hooks him up to a machine that removes all his hopes and wishes.

At Strange Academy, Scarlet Witch teaches a class about perception and how to warp perception to reality. When Doyle tries the spell, his insecurities show and summons adult versions of himself and Emily. The students fight off the projection, but Doyle is concerned about controlling his magic. The issue concludes when Emily and Zoe fight when Emily tells everyone who wants to go home to leave.

I am a big fan of coming-of-age stories, but Strange Academy has an intriguing place in my headspace. As a college professor, I see many of my students within Strange Academy. (Granted, with less magic) Some people are determined that they are right despite the advice of friends and mentors. Strange Academy: Finals #1 takes that teenage idealism and puts it all in Emily, who goes too far. And I am engaged in the anger of Emily, who is fighting against a system. Certainly, Strange Academy isn’t exactly like the American school system. But there are some interesting parallels that I want to see resolved. Same with Calvin and the drug allegory that seems to be getting him increasingly in trouble.

The art of Strange Academy: Finals #1 is solid. With magic and the dark dimension, the artist can go off the rails and exaggerate the art. Mainly, I like the interpretations of Doyle, Emily, and Zoe. They have crazy features, and they look amazing on paper when they are depicted in battle. Great work by the artist and colorist.

I’m unsure why we got a new series instead of a continuation of the first Strange Academy title. However, I am ecstatic that this title is back. I want to know more about the growing tension between Doyle and Emily. Strange Academy: Finals #1 is a solid 4.5 out of 5, and I am waiting impatiently for the next issue.

Strange Academy: Finals #1 sets up an engaging conflict between Emily and Doyle in a splendid but unexpected way.