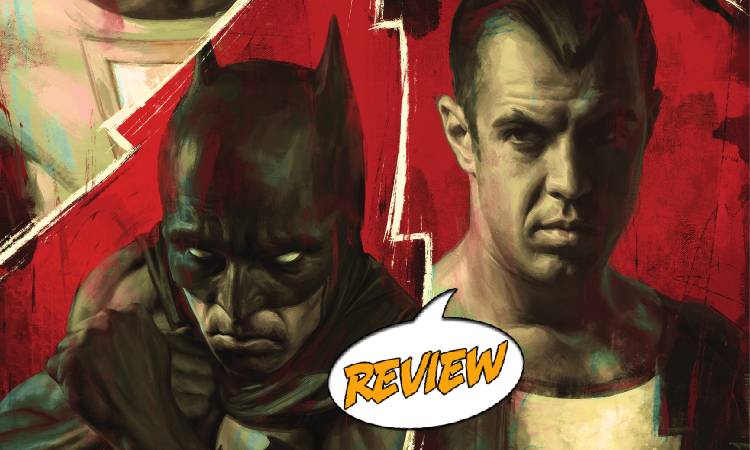 Black Adam’s crusade takes him to Gotham, and things get even more complicated from there. Your Major Spoilers review of Black Adam #5 from DC Comics awaits!

Previously in Black Adam: Theo Teth-Adam faces off against a furious Bruce Wayne as Black Adam confronts threats ranging from a rising democratic movement in Kahndaq to the Akkad, a new pantheon of gods from outer space who create a new herald to represent them on Earth in Sargon the Sorcerer, and Adam becomes inextricably linked to a young protégé who has contracted the same plague that nearly killed Adam.

Our story opens in Pittsburgh, at the home of John Sargent, known to some as Golden Age magician, Sargon the Sorcerer. Now an elderly man, Sargon has been captured by creatures who are either aliens, gods, or both, and who have patterned themselves on Mesopotamian mythology. As such, they resent him for taking the name of their king and champion, and have come to punish him by making him into that whose name he has stolen. Meanwhile, in Gotham City, Bruce Wayne witnesses proof that Black Adam killed a pilot who would have attacked his homeland of Kahndaq, only to find Theo Teth-Adam at his door. Theo wants Wayne to stop funding rebels in the Middle East, while Batman wants to make it clear that when Adam has to be stopped, he will be there to do it. As for Doctor Malik, he is dealing with the same strange plague that nearly killed Black Adam, as well as the new powers he has gotten from the villain, who wants only one thing in return: The ring that he gave Malik.

The ring Malik left at home… with his family.

When I reviewed issue #1 of Black Adam, I remember being bothered by how different this Black Adam take is than the one seen in Justice League and Dark Crisis, and that continues, but five issues in, this take is starting to grow on me. Whether or not Malik keeps his Shazammy powers or not, his point-of-view is an important bit of this story, and Adam’s perception of him as a protegee may help to explain the differences. The end page, promising a battle between a fully functioning Batman and a de-powered Black Adam, is the most exciting part of the issue. On the downside, the multiple art teams make unraveling the plot difficult, especially as Theo/Black Adam’s face changes between the various chapters. The action scene of Black Adam versus a fighter jet is nice, but we cut immediately to Gotham City, where it takes a moment to figure out who our players are.

BOTTOM LINE: STARTING TO COME TOGETHER

As with any Priest story, Black Adam #5 isn’t really light reading, nor does it seem to be particularly germane to the big recent movie opening, but there are some very interesting things being built in these pages, even with some confusing transitions and mismatched art, leaving things with a better-than-average 3 out of 5 stars overall. It’s been a while since Black Adam was much more than Billy Batson without restraint, so seeing him as a character shaped by his ancient past and massive powers is a welcome change.

Between the multiple time frames, multiple artists, and complex plotting, it's easy to lose some of the threads, but overall this issue is enjoyable.