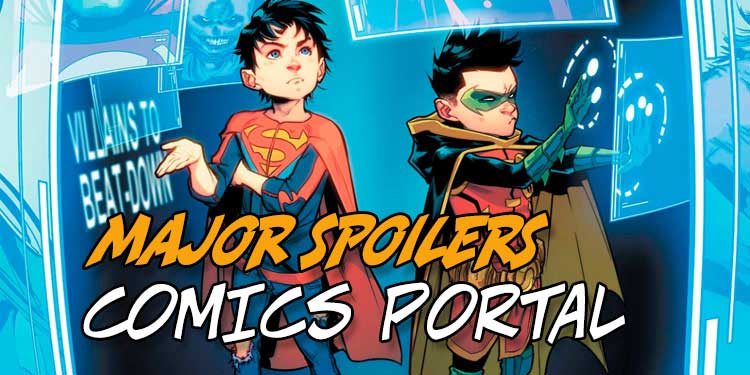 With DC’s Robin title cancelled and Jonathan Kent no longer the main focus of Superman, are younger lead characters no longer popular with fans?

As long as I’ve been reading comic books, the prime age for characters that books focus on has been that time of life between childhood and adulthood—the “coming of age” period.

Granted, it’s a time for a lot of firsts in life, such as one’s first kiss, one’s first sexual experience, one’s making a debut appearance on the world stage. How people (and comic characters) react to these events will often shape the rest of their lives.

Readers not quite as old as this are often interested in how others handle these times and will learn from how people closer to their age go through them.

Younger readers are in that stage of life where they look at their parents and other adults as “old” and people they’ve already learned all they can from. Also, parents have gone through these events in a different era, when situations weren’t the same. This often makes their times not as relevant to their kids and younger people, at least in their eyes.

Sometimes an adult will break through that conception and become a role model for a young person. But it’s rarer than ever when that happens these days.

It seems like individuals have to experience things for themselves, and yet they see someone just a few years beyond them as more relatable than someone the age of their parents.

However, that seems to be changing when it comes to comics. It’s a tough time for comics creators these days. With shifting interests apparently going on in what has long been the core base for the industry, what’s a company to do?

As creators and companies try to hang on to as many fans as possible, we’ve seen long-established heroes being altered. Characters are being changed, and I point to Jonathan Kent’s alteration as a prime example.

Originally a younger person around the age of Damien Wayne/Robin, Jonathan was transported into the future so he could age enough to be able to take the mantle of Superman after adventures with the Legion of Super-Heroes. The thought was that Clark Kent was too old, beyond the age readers wanted to plunk their hard-earned quatloos down for. He got shipped off to Warworld, and Jonathan took over the main Superman title.

And he got great support! Tom Taylor, who has been doing a fantastic job on DC’s Nightwing (among other comics) became the writer. The book also was restarted at number one, always a hit with collectors. The art was also excellent, so it was firing on all cylinders.

But he’s NOT Superman! That became clear right away.

I still think that many people buy a comic expecting the stories to center around what they expect the hero to be. As much as I like Jonathan, he’s not Clark Kent. He’s going to be his own person, and I look forward to that. But he’s not what I want to read when I pick up the Superman title.

I have to be honest here—I had recently told the owner of the comic shop I frequent that I was giving up on Superman very soon. I had bought and read each issue, but it just didn’t grab me. It wasn’t what I wanted to read in a book called “Superman.” I expected big stories, often challenging the hero on a galactic level, not a “coming of age” tale about a new hero.

This would be fine in another comic with another name. But it wasn’t Superman to me.

Similar things can be said for the Robin book. Robin was off on some game event that didn’t matter to me. That’s not what I want when I buy a book with that character in it. And I always support Joshua Williamson’s scripting, which I usually enjoy. Because it’s related to Batman, I wasn’t ready to stop purchasing it. At least, not yet.

WHAT IS A COMPANY TO DO? Marvel has had problems much like this. Thor was replaced by Jane Foster for a while, younger and more vulnerable than the Thunder God. Miles Morales became Spider-Man (still is, in many ways).

DC also replaced Oliver Queen with Connor Hawke as Green Arrow… before The CW show took off and showed what the character could do.

I could go on and on, but I think you get the idea. Replacing heroes with younger, “hipper” characters just hasn’t worked out well.

I think what creators all harken back to is the “upgrading” of Marvel’s X-Men in Giant-Size X-Men #1. That story was diverse long before today’s standards. The book replaced American kids with mutants from around the world. And it worked.

The bad news is that this kind of revitalizing works only occasionally. The other big time it happened was when DC tried their hand at this, and it resulted in The New Teen Titans #1.

Again, that’s two times out of a great many attempts at shaking up a comic to make it more accessible.

So, what’s the answer?

I do keep saying this again and again because comics companies just don’t seem to believe it. It’s the storytelling, stupid!

If you tell a good story regardless of the hero’s age, word of mouth just might take over and make a title a “must-have” one for fans. Even if it doesn’t, you’ve still told a book that the fans who “get it” will treasure and ask you about for years to come.

And isn’t this all about telling a story readers will appreciate? I think it is!

What do you think? Does the age and experience of a comics character matter to you? What makes you pick up a comic and buy it? Do you expect certain things in a Superman story, or do you want something different? Whatever your opinions, be sure to share your thoughts below!