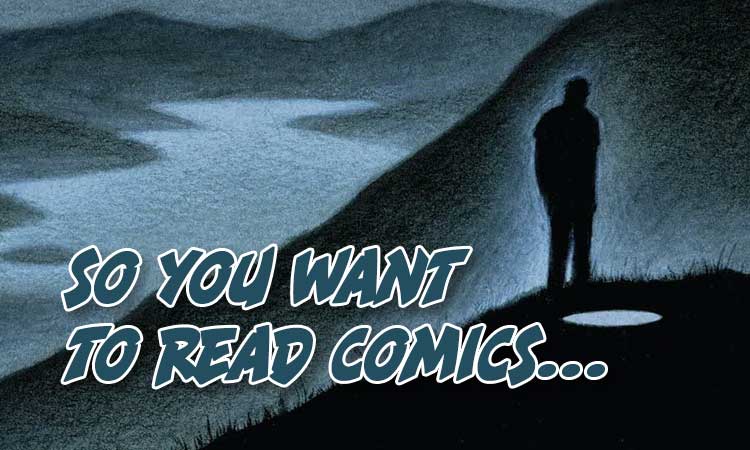 So You Want To Read Comics: Folk Horror Edition

We’re heading into the wilderness with this week’s “So You Want To Read Comics”.  This is our weekly feature where we take a look at a single topic or genre, then give you two comic book recommendations, perfect for new readers, based on that topic or genre.  In this edition we’re looking at the homegrown terror of folk horror.

The subgenre called Folk Horror gets its name from the utilization of folklore in its storytelling.  But beyond that, the genre really pushes to remove characters from civilization or at least any sort of civilization they would consider normal, as much as possible.  In these instances, the use of rural settings and/or isolated communities creates a scenario where the setting itself is part of the danger, showing how people can be so small compared to the imposing size of nature itself.  The subgenre saw its roots as early as the 1940s with pieces of fiction like The Lottery, then later in movies like the original The Wicker Man and The Blood On Satan’s Claw (a review of which saw the first use of the term “folk horror”). Recently though, the genre has seen a bit of a revival with movies like Midsommar and The Witch.  It’s not just movie makers though joining in on the fun, comics have started utilizing the genre as well.

Here are a couple of comic book series, great for new readers who love folk horror.

In this series a young couple on the verge of becoming new parents, decide to take one last trip as childless adults.  They head to the Scottish Highlands where they become entwined with the local folklore and legends, pleasantly at first, then not so much.  This graphic novel has a powerful 1-2 punch when it comes to its horror.  On one level there’s the unfamiliar and terrifying beliefs of the locals and the paranoia that comes with the events that start happening around the couple.  Then on the other hand there’s the stress, anxiety, and fear of becoming a parent for the first time and how those play into the feelings of isolation and being unfamiliar with the wilderness around the couple.  Currently this is available both physically and digitally, the digital version being free with an Amazon Prime account, a Kindle Unlimited account, or a Comixology Unlimited account.

Folk horror at times lacks the visceral elements of some other horror subgenres.  Instead, it often banks on tone and a consistent feeling of unease that sets in and eats at you.  That’s what you get with Through The Woods.  This is a collection of short stories set in rural settings that have an art style that in a way that makes them almost seem like children’s stories, but they definitely are not. Part of the effectiveness of this collection is how it nails that feeling of being folkloric, just like the visuals, these stories have a tone that feels like they could be told to scare young village children back in the day, but these stories cleverly leave out any sort of morality, which can make something far more terrifying.  The real effectiveness of this collection comes from the ambiguity most of the stories have, there’s oftentimes not a clean ending, instead the horror continues on, unresolved for the reader to ponder about.

What did you think of these recommendations?  What are some of your favorite entries in the Folk Horror genre?  Let us know in the comments section below.