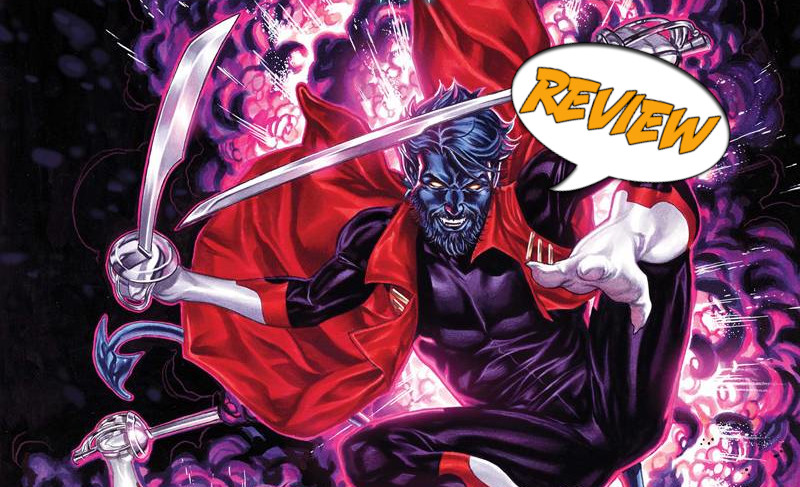 Nightcrawler has been the heart and soul of the X-Men for years. But now he is angry. Check out Nightcrawler’s daring plan against the Progenitor in Immortal X-Men #7 by Marvel Comics!

Previously in Immortal X-Men: Uranos has been defeated. Magneto is dead. And earth must face judgment. Check out the next issue in the A.X.E. event as the world gathers against the Progenitor!

Immortal X-Men #7 starts with another Quiet Council meeting, but this time we take the point of view of Nightcrawler. Nightcrawler is angry, and he threatens Destiny to see what she knows of the future. He then contacts Captain America and takes him to die in front of the Progenitor. He and Captain America are resurrected as many mutants are judged and killed. Nightcrawler then leads a one-man assault on Orchis to try and get Moira. He is killed and resurrected repeatedly until he reaches Moira and tells her that her Orchis base will be destroyed. With that, Orchis and the X-Men make an unlikely alliance against the Celestial threat.

This resurrection thing is getting out of hand. It cheapens Magneto’s sacrifice because of how many times Nightcrawler is brought back in Immortal X-Men #7. And now Captain America has been resurrected, which must have implications for the future of Krakoa. I hope we are beginning to see the end of the resurrection of Krakoa. Some plot points eliminate the fear of death, which isn’t a positive experience.

Nightcrawler’s mindset in this issue is in stark contrast to anything I’ve seen so far. In the Way of X title, he struggled with the concept of resurrection. Now he is using it without a second thought. Are his emotions great enough that he is willing to die so often? What an odd direction for the character. The A.X.E. tie-in stuff feels like a 180 for characters like Nightcrawler and Storm, but I trust that the creative team to continue to tell engaging stories.

Immortal X-Men #7 provides more context for the A.X.E. tie-in. This issue didn’t feel as strong as others. I wasn’t as inspired by the art and colors, nor was I on board with the creative decision for Nightcrawler. Despite that, this has been a great series that engagingly explores the politics of Krakoa. 3.5 out of 5 stars for Immortal X-Men #7.

Immortal X-Men #7 details Nightcrawler's psyche, but I wasn't 100% on board with this creative decision.