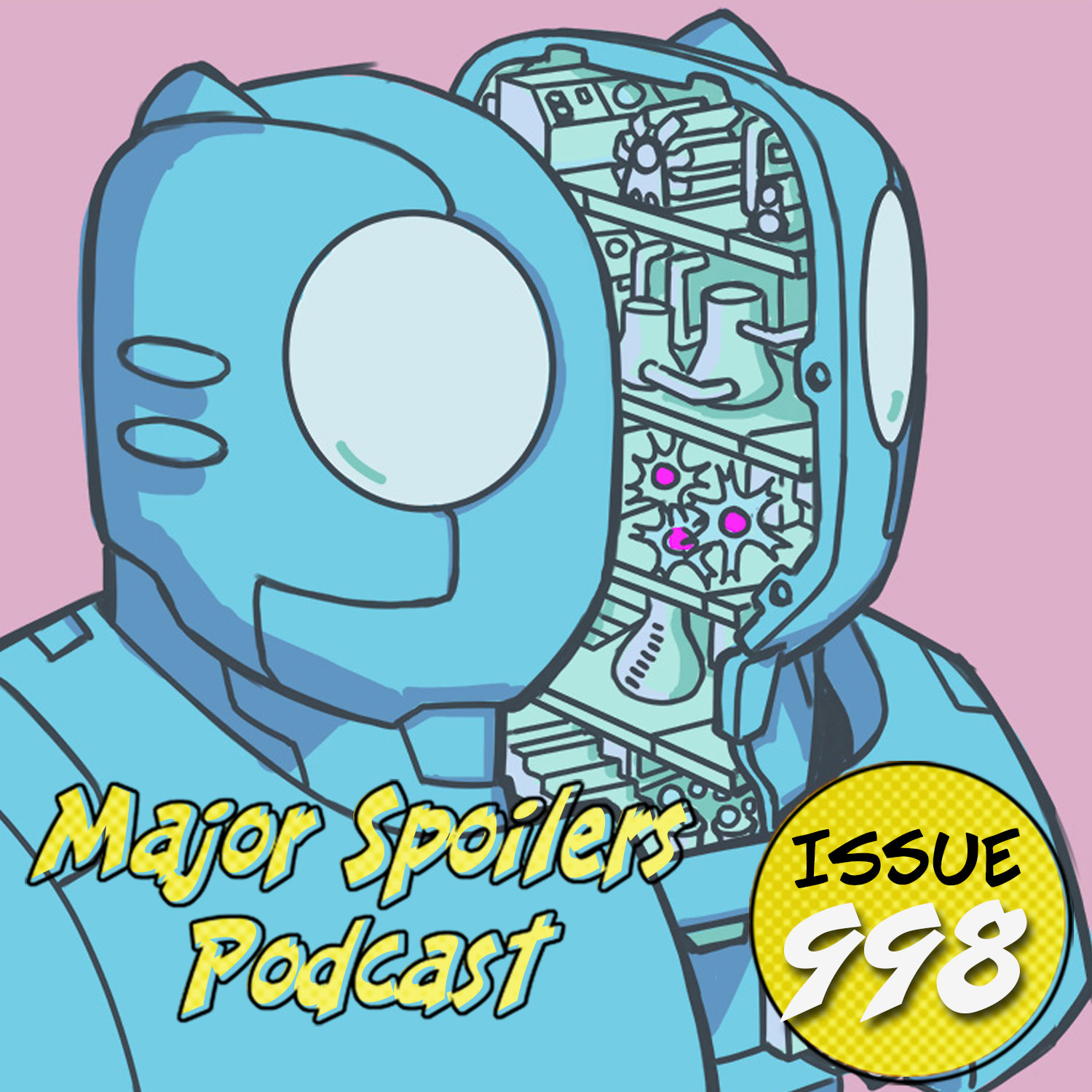 What is going on in the world of Atomic Robo? We find out what Robo has been hiding from the rest of the Action Scientists. We talk television and digital comic news, too! Plus, we review The Approach #1 from BOOM! Studios, Spicer-man #1 from Marvel Comics, and King Tank Girl from Titan Comics!

STEPHEN
THE APPROACH #1
Writer: Jeremy Haun & Jason A. Hurley
Artist: Jesús Hervás
Publisher: BOOM! Studios
Cover Price: $3.99
Release Date: October 9, 2022
In this turbulent new horror mini-series from writers Jeremy Haun (The Red Mother) & Jason A. Hurley (The Beauty) and artist Jesús Hervás (The Empty Man), a storm is coming that’s bringing more than bad weather.
When airport employees Mac and Abigail find themselves snowed in after a blizzard, they witness a terrible plane crash.
After pulling a survivor from the wreckage, they realize a terrifying truth: this plane has been missing for 27 years!
The nightmare has only just begun though, as the people trapped in the airport soon find themselves confronted by what this plane actually brought back….
For those with a fear of flying… it’s not the sky that deserves dread, but what lies beyond it…

You can purchase this issue via our Amazon affiliate link – https://amzn.to/3yu9Y3T

MATTHEW
SPIDER-MAN #1
Writer: Dan Slott
Artist: Mark Bagley
Publisher: Marvel Comics
Cover Price: $4.99
Release Date: October 5, 2022
The End of the Spider-Verse is here! Morlun is back and he is not alone. Allied with one of the most powerful beings known to the Spider-Verse, the scariest Spider-Villain of all time is making his biggest play and no Spider is safe. Especially not the Chosen Spider himself, Peter Parker. With Peter working for Norman Osborn and using a glider…does he have it coming? Spidey’s 60th Anniversary is no joke as two of the most legendary Spider-Creators are working together on Spidey for the first time and you know it’s going to be one for the record books!

You can purchase this issue via our Amazon affiliate link – https://amzn.to/3CQwsi0

You can purchase this issue via our Amazon affiliate link – https://amzn.to/3Ey6Png

Turning the clock back to the early years, ‘King Tank Girl offers up a veritable banquet of brand new stories: Tank Girl and the gang head to the beach for “Barney Don’t Surf”; they explore the expensive world of Wellbeing; and Tank Girl is crowned King of England. And all that before tea time.

ATOMIC ROBO AND THE DAWN OF A NEW ERA
Writer: Brian Clevinger
Artist: Scott Wegener
Publisher: IDW Publishing
Release Date: July 2019
Atomic Robo just opened Tesladyne Institute’s doors to the next generation of Action Scientists. Meanwhile, an old comrade has an urgent message about the Vampire Dimension (spoiler, it’s bad). Bernie is speaking with the Queen of Hollow Earth or just hallucinating. Jury’s still out on that one.

Oh, and there’s a subplot about Robo’s secret robot son. Y’know, remember that old automatic intelligence that nearly killed everyone in the world a few years back? Well…it’s fine. Everything’s fine!