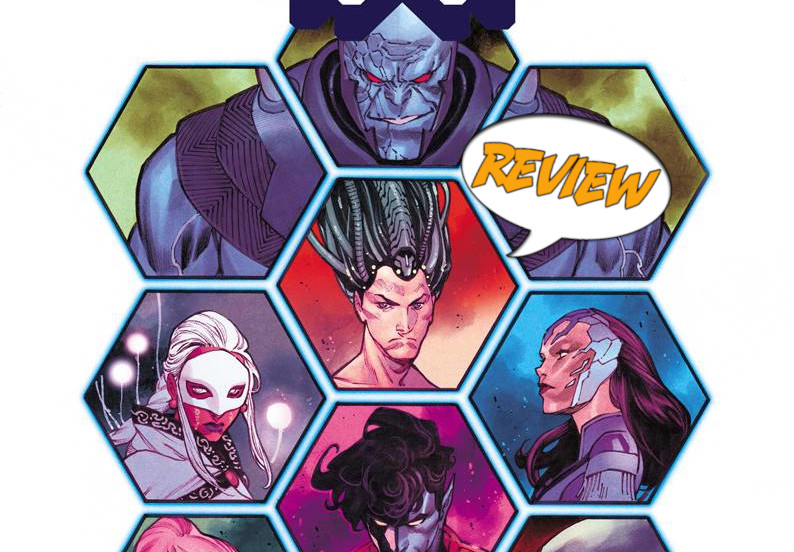 Legion takes on Uranos himself, but can he keep his sanity long enough to win? Find out in Legion of X #6 by Marvel Comics.

Previously in Legion of X: The celestials are attacking Arakko, saying they are a deviation. Legion and Nightcrawler have created the philosophy called The Spark. They and the Legionnaires help the mental headspace of all who come seeing peace. But now the legionnaires prepare for battle with all the mutants of Arakko and Krakoa.

Legion of X #6 starts with Legion talking to the Progenitor about the last few days’ events. He talks about his fight with Uranos and then doubts his role in the war. He is saved by Vox Ignis Banshee, who tells him to help Nightcrawler at the Altar. He prepares to help Magneto and Storm in their final attack against Uranos. However, Magneto sends him to protect the planet all at once. He later learns that Magneto died in the fight and became a martyr. Legion ponders about the man who finally trusted him when his father didn’t and that perhaps he should have died the hero’s death instead of Magneto. The Progenitor gives him a thumbs up before Legion dismisses him back into a volcano on Arakko.

A CONVERSATION ABOUT FATHERLY LOVE

Despite all the actions of the A.X.E. event, Legion of X #6 primarily focused on Legion trying to find his own place in this new society. The whole conversation seems to return to validity from his dad. And that is especially apparent because of the nonlinear storytelling. David is providing commentary on a past experience instead of us seeing it in real-time. This creates a biased narrator about the events that we are seeing. This is an intelligent choice because this comic event has been covered in other comic titles, particularly the main A.X.E. title. The shocking humanism of Legion, despite his past, was an excellent insight into the mind of both the character and the mutant nation’s interpretation of him.

I really liked the colors of Legion of X #6. When you have a mindscape setting adjacent to the astral sea, you get unique colorings that portray the surreal. Top that with cosmic powers, and you have a beautiful comic. Great work by the creative team.

I wasn’t sure what the next storyline for the Legion of X title would be. But Legion of X #6 is a pleasant interlude between significant plot points that provide insight into one of the most volatile characters of Krakoa. I am interested to learn what direction they will take Nightcrawler and Legion in the future. 4 out of 5 stars for Legion of X #6.

Legion of X #6 is a thrilling interlude that provides insight into one of Krakoa's most volatile characters.