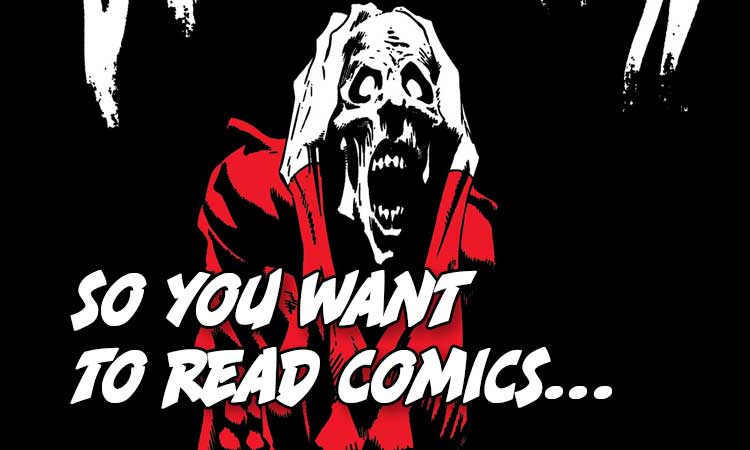 So You Want To Read Comics: Demonic Horror Movies Edition

We’re legion with this week’s So You Want To Read Comics. This is our weekly feature where we take a look at a specific topic or genre, then give you two comic book recommendations, perfect for new readers, based on that topic or genre.  This week we’re looking at comics for fans of demonic horror movies.

The concept of demons goes back to the earliest days of human storytelling.  They represented various facets of evil and contemporary taboos of the day. In fiction, a demon is often utilized to represent some sort of sin or deed that is plaguing someone, and the vanquishing of that demon is symbolic of redemption, this is especially true when possession is utilized.  It’s this sort of paradigm that eventually led to the popular horror subgenre of demonic possession films. While the idea of being possessed by a demon exists in almost all faiths, the type to show up in movies oftentimes has a Christian style. This is due to movies like The Exorcist, The Amityville Horror,  and The Conjuring being so popular among horror movie fans. There’s no shortage of books, movies, and tv shows that utilize demonic possession as plot points, so you can imagine that there are plenty of comics that also do this.

Here are a couple of comic series, great for new readers, featuring demons and demonic possession.

Outcast tells the story of Kyle Barnes.  For some reason, demons keep possessing people around him, it’s followed him his entire life and has taken a serious toll on him.  Finally, Kyle decides to finally figure out why, which leads him down a very dark and twisted road. Outcast basically combines the human-based horrors that made The Walking Dead, what it is and combines them with The Exorcist.  The characters here are imperfect, to say the least, which sometimes leads to moments where it’s unclear if they’re really better off unpossessed.  Outcast differs from many long-running series in that it always had an end envisioned, so it doesn’t wear out its welcome and can be read in its entirety at this point.

Deadman has been a member of the DC pantheon of superheroes for a long time (he’s technically a ghost, but that’s pretty close).  Utilizing his powers of possession to first achieve vengeance against the people who killed him, but then to also help those in need along the way.  In this volume though, we see a much darker and mature take on Deadman, especially in the art department.  While he’s normally drawn as just a normal guy with paper-white skin,  in this collection he takes on a more twisted and contorted image, almost demonic in appearance.  Also, not all his deeds in this volume are for the sake of heroism, and he utilizes his powers at times for selfish ends. It should be noted that there are some bits of this collection that may not have aged well, but it remains an interesting look at demonic possession horror, from the perspective of the possessor.

What did you think of these recommendations? Do you have any of your own? Let us know in the comments section below.