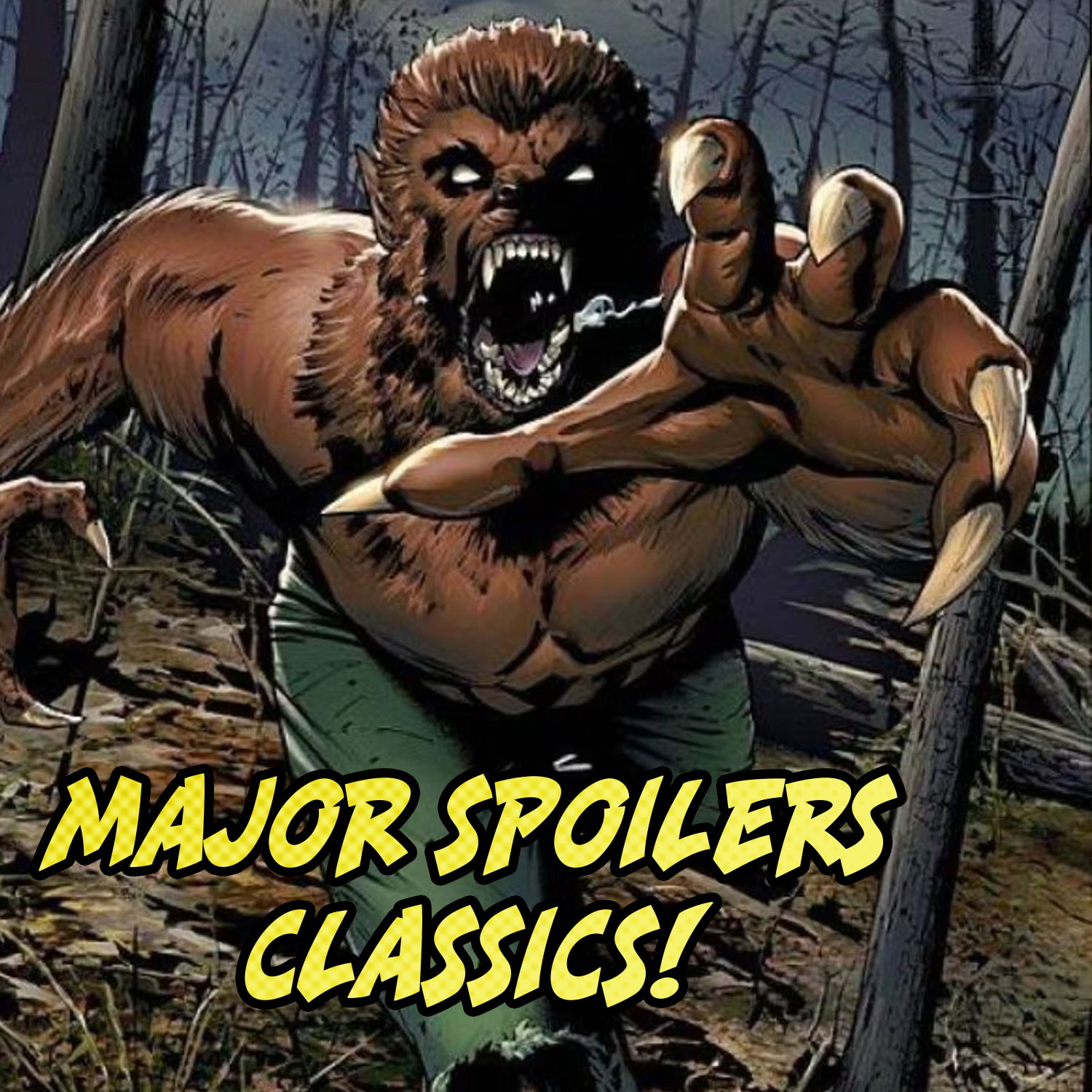 Have you watched the new Werewolf by Night from Marvel Studios? Are you ready for more? Journey with us back to the thrilling days of yesteryear as we take a look at the Werewolf by Night series in this Major Spoilers Podcast Classic episode!

Werewolf By Night
The Werewolf by Night character first appeared in Marvel Spotlight #2 (Feb. 1972) and was based on an idea by Roy Thomas. The series name was suggested by Stan Lee and the debut story was crafted by Gerry Conway and Mike Ploog. The character made additional appearances in Marvel Spotlight #3 and #4 and then graduated to his own eponymous series in September 1972. Werewolf by Night was published for 43 issues and ran through March 1977. Issue #32 (August 1975) contains the first appearance of Moon Knight. Jack Russell co-starred with Tigra in Giant Size Creatures #1 (July 1974), which was the first appearance of Greer Grant as Tigra instead of the Cat. That series was retitled Giant-Size Werewolf with its second issue.