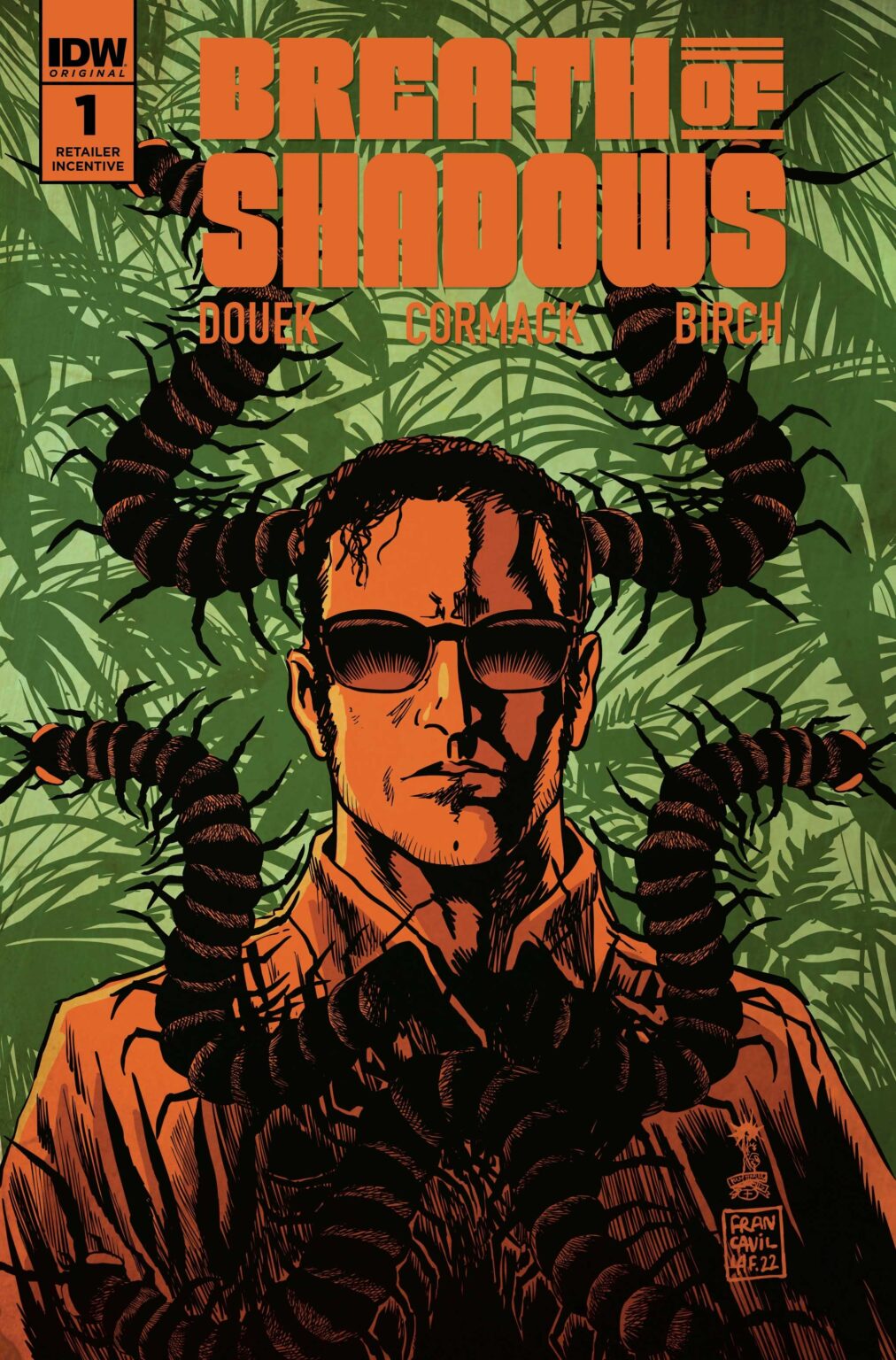 Rich Douek and Alex Cormack are reuniting for Breath of Shadows at IDW Publishing.

It’s 1968. On the fast track to becoming one of his era’s most iconic rock stars, Jimmy Meadows should be basking in the glow of newly acquired wealth and fame. Instead, crushed by the weight of a debilitating heroin addiction, Jimmy is on the verge of losing everything—until an old friend tips him off to an unorthodox treatment method hidden in the depths of the South American jungle. With fair-weather friends, local opportunists, and industry sycophants in tow, Jimmy sets off in search of what he’s sure will be a miracle cure. But as the excursion veers off course and the realities of their environment begin to bleed together with Jimmy’s paranoia and drug-induced hallucinations, the team quickly descends into a nightmare of bloody chaos populated by unspeakable horrors that surpass even the most brutal drug trip.

“With Breath of Shadows, Alex and I wanted to continue exploring the dark themes we began with in Road of Bones and Sea of Sorrows,” says Douek. “I absolutely love working with Alex—Breath of Shadows is the latest example of how our creative partnership has evolved over the years into something awesome, and I hope to be working with him for a long, long time.”

“I’ve always been fascinated by the jungle,” says Cormack. “When Rich and I first started working together on Road of Bones, I told him that, along with a snow-covered landscape, I’ve always wanted to draw something on the ocean—which eventually became the foundation of Sea of Sorrows—and something in the jungle, which is now Breath of Shadows. I’m immensely proud of this book, and I hope it gives all of you the creeps!”

Breath of Shadows is a five-issue mini-series that arrives in February 2023.