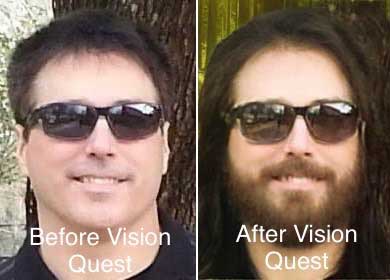 Just in time for New York Comic-Con 2022, Scout Comics & Entertainment is proud to announce that James Pruett has returned to the company after spending several years on a vision quest across multiple continents.

“While I was away, discovering new parts of the world and my own soul, I found myself missing Scout Comics. So, when James Haick and Brendan Deneen reached out to me, I was excited to discover that the timing was perfect for my re-entry into the world of comics. A world that is near and dear to my heart.”

With the return of Pruett, Richard Rivera takes on the brand new role of Editor-in-Chief, where he will work closely with Scout’s creators. Former Co-Publisher Charlie Stickney moves on to focus on his own writing career, including expanding the White Ash Universe.

“I am beyond excited to have Jim Pruett back at Scout,” CEO Deneen said. “He has a deep knowledge of and history in the comic book industry. As Scout continues to expand at an incredible rate, having his and Richard’s steady hands on the wheel only means that we can continue to put out the best creator-owned books in the world. I also want to wish the very best to Charlie, whose contributions have been deeply appreciated by me and the rest of the Scout executive team.”

Rivera added, “Jim’s leadership and experience have been missed by us all. I’m honored to be Editor-in-Chief and looking forward to working with creators and retailers on several new programs that we have been planning and can now accelerate their rollout!”

Scout Comics & Entertainment, Inc. was founded in 2015 and has over 250 comic titles in their catalog. Scout books have sold to Disney, Amazon Studios, FilmNation, State Street, and Rooster Teeth, among others.