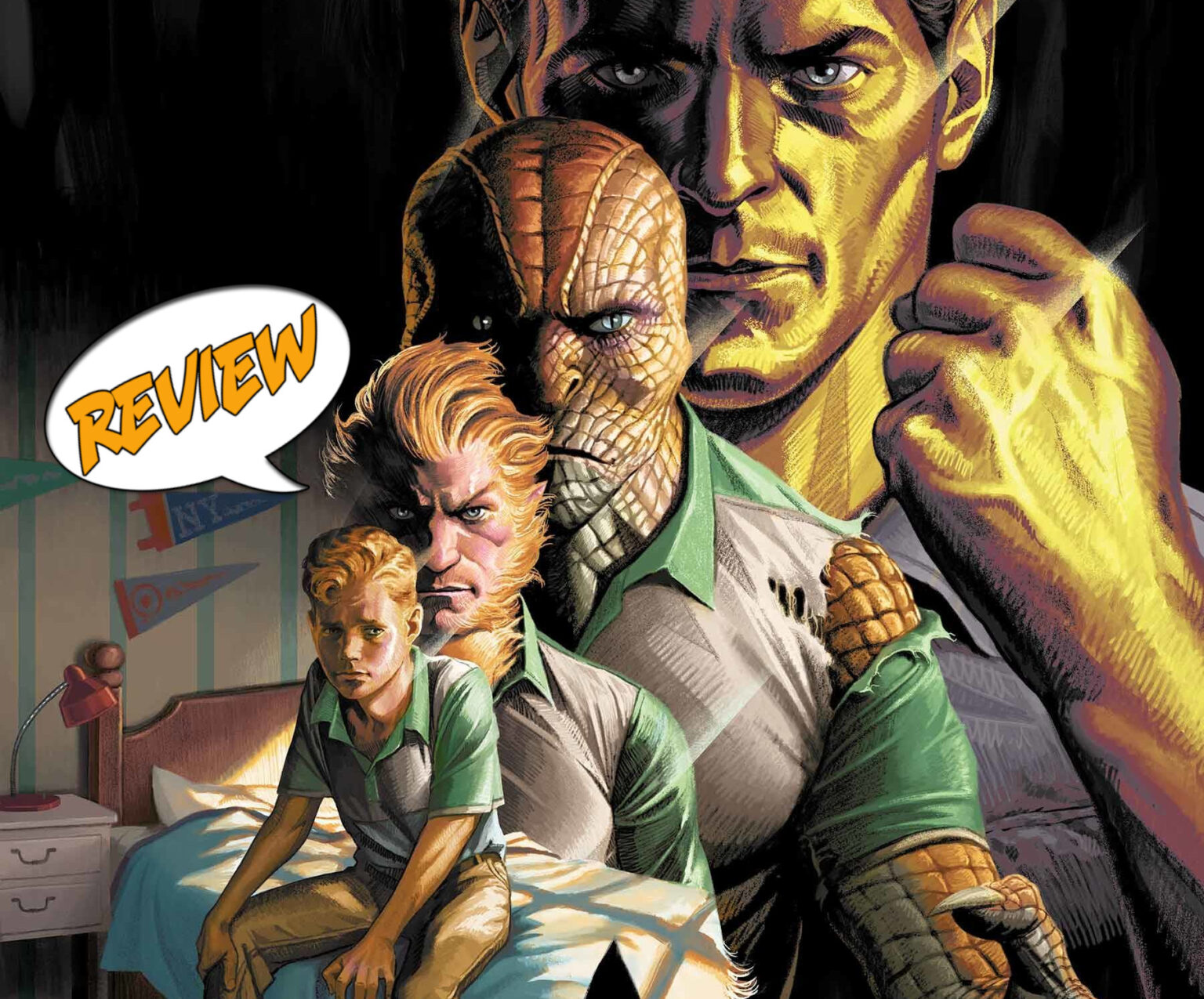 Jet Boy is dead, and the Wild Card Virus has spread all over Manhattan! Find out how thousands of lives have changed in Wild Cards: Drawing of Cards #3 by Marvel Comics!

Previously in Wild Cards: Takisans planned to use Earth to test a new bioweapon until they were betrayed by Dr. Tachyon. Dr. Tachyon shot down the bomb, but it was recovered by Dr. Tod, who held New York at ransom. Jet Boy went to thwart Dr. Tod, but the bomb was unleashed all over Manhattan in the fight, changing people forever.

Wild Cards #3 picks up with the point of view of Croyd Crenson, a kid who witnesses the bomb exploding in the air. The bomb is causing people to mutate on the streets, and Cryod heads home and passes out. Four weeks later, he is turned into an older, very hairy gentleman. He sees Manhattan thoroughly looted and only a few people on the streets. He then meets Bentley, a dog with a man’s head, and they run off to steal food from the military. He learns that thousands died from the virus and ensuing riots. Croyd suddenly feels tired and goes back home to sleep. A week later, he wakes up looking like a well-kept adult with the ability to fly and electricity coming out of his hands.

THE POWER OF THE SLEEPER

Now, I know Croyd from the books. His concept is that he wakes up with different superpowers and a new appearance every time he sleeps. Sometimes they are powerful; sometimes, they are not. In Wild Cards #3, I don’t think they showed his powerset very well for a new reader. In fact, it is hard to get a firm read about the man who would become a criminal to support his family. Instead, I thought this was a one-issue montage that quickly glossed over details without giving Croyd the opportunity for accurate characterization, which seems like a lost opportunity.

The art of Wild Cards #3 is excellent. It portrays an older comic art style that is nostalgic for me. But the details the artists have chosen to include, like the cars and toys in Croyd’s room, are well thought out. On top of that, they don’t overpower the main character with too much visual stimulation. Good work here.

BOTTOM LINE: TOO MUCH EXPOSITION FOR A MIDDLE ISSUE

Wild Cards #3 is designed to introduce a character quickly instead of connecting you to the character. But we spent two issues introducing Jet Boy, Dr. Tychon, and many other characters. In the book, Croyd meets Dr. Tychon, and I’m surprised we saw nothing of him here. This is a 3.5 out of 5 stars for Wild Cards #3.

Wild Cards: Drawing of Cards #3 points us in a new direction by introducing a new character but doesn't give the reader enough to connect to the previous two issues of the comic.