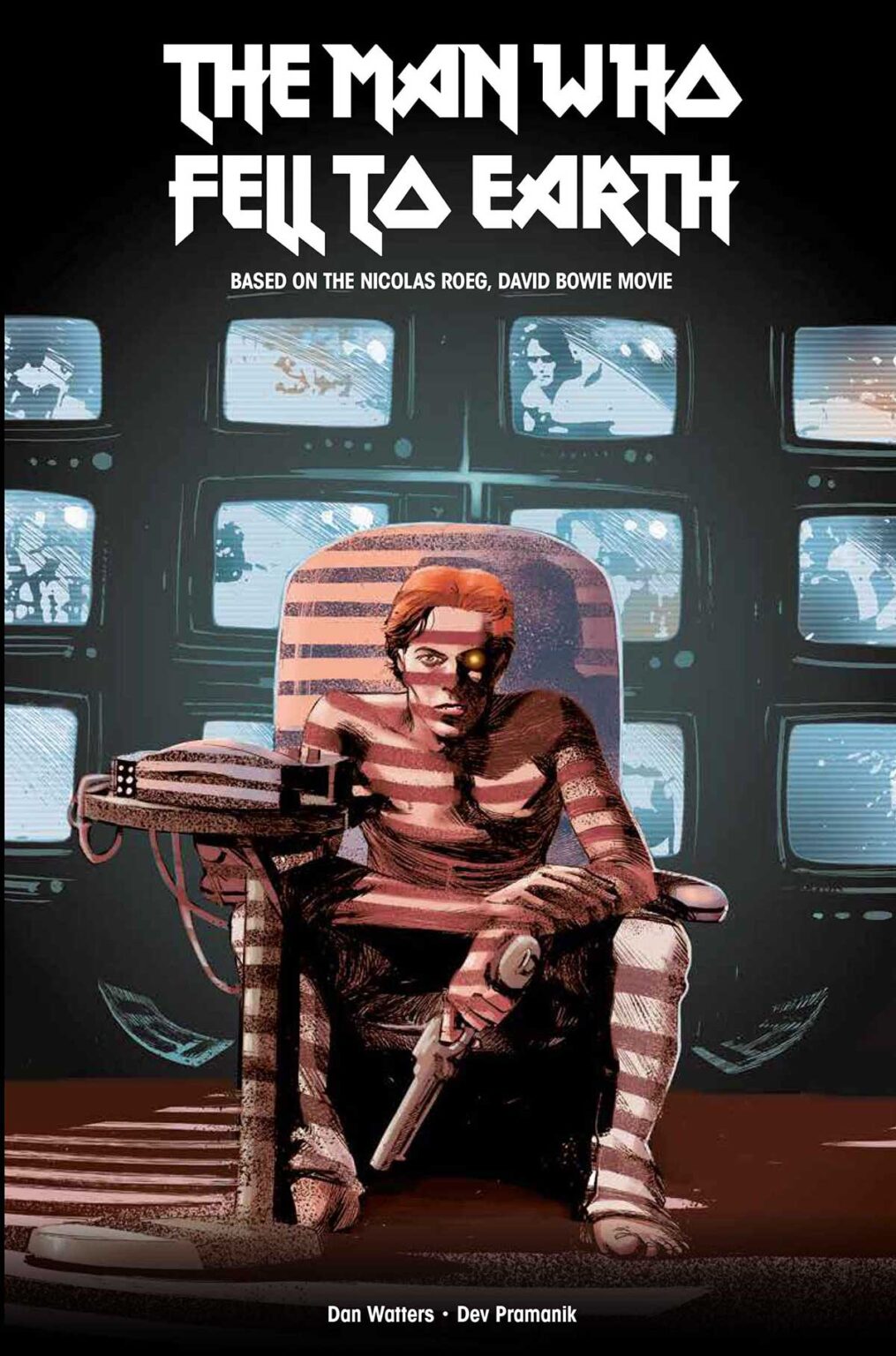 Titan Comics is set to release The Man Who Fell To Earth, the comic book adaptation of the 1976 movie starring David Bowie. The graphic novel is written by Dan Watters with art by Dev Pramanik, and we have a sneak peek, after the jump.

An all-new, fully-authorised graphic novel adaptation of the cult 1976 movie starring David Bowie and directed by Nicholas Roeg. This book includes a gallery of never-before-seen photos used to illustrate an exclusive feature on the making of the movie. Also included is a bonus section showcasing the development of the book itself.

The film, based on the classic science fiction novel by Walter Tevis (The Queen’s Gambit, The Hustler) sees an extra-terrestrial called Thomas Jerome Newton (played in the movie by David Bowie) land on Earth in search of water to save his dying home planet. Using his advanced scientific knowledge, Thomas becomes incredibly rich thanks to dozens of inventions his company releases. He uses his wealth to search for a way to transport water back to his home planet, but as his wealth and his fame grows so does his profile, and it isn’t long before Thomas becomes a target of interest to the U.S. Government who begin to investigate him.