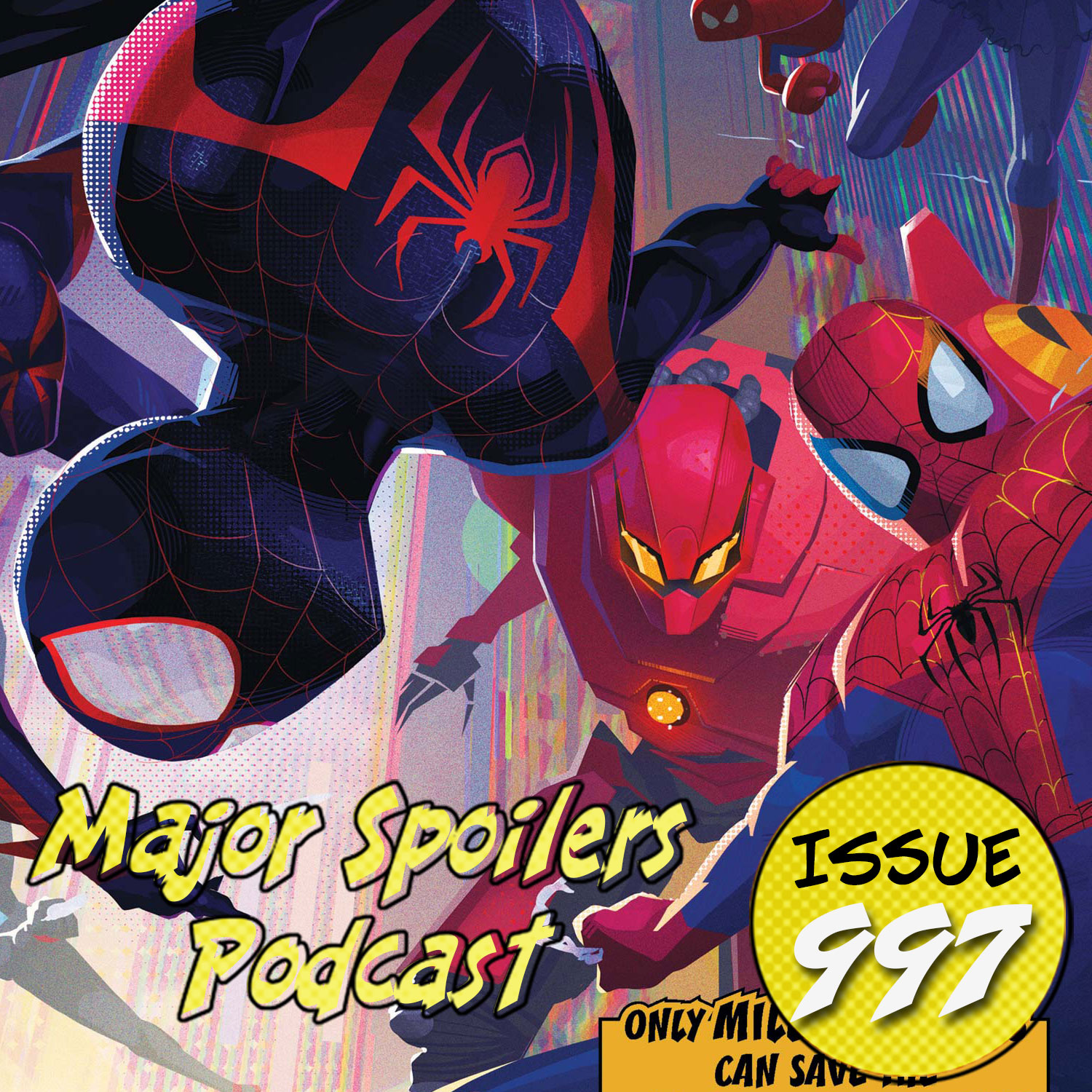 We venture into the Spider-Verse this week (but not THAT Spider-Verse), and we discover Rand Bellavia! We talk about the latest pop culture news and review Teenage Mutant Ninja Turtles Saturday Morning Adventures #1, Justice League Vs. The Legion of Super-Heroes #6, Alpha Betas #1, and Minor Threats #2!

Marvel’s ” Armor Wars,” originally planned as a TV series for Disney+, is being redeveloped as a feature film, Variety has learned. “Armor Wars” will star Don Cheadle, reprising his MCU role of James “Rhodey” Rhodes, a.k.a. War Machine.

” Grendel” is no longer happening at Netflix, Variety has confirmed. Based on Matt Wagner’s popular comic books, the series (which had an eight episode order) follows Hunter Rose, a fencer, writer and assassin who fights organized crime in New York to avenge the death of a lost love, until he ends up taking over the crime scene himself.

STEPHEN
TEENAGE MUTANT NINJA TURTLES SATURDAY MORNING ADVENTURES #1
Writer: Erik Burnham
Artist: Tim Lattie
Publisher: IDW Publishing
Cover Price: $3.99
Release Date: October 5, 2022
In 1987, the world at large was introduced to the TMNT by way of a catchy theme song and an action-packed cartoon. The cartoon’s aesthetic returns in Teenage Mutant Ninja Turtles: Saturday Morning Adventures, featuring an all-new set of standalone stories! In this issue, after an unexpected power surge, the Heroes in a Half Shell find themselves trapped in a training simulator, fighting to free themselves from the digital clutches of some of their most fearsome foes! Get ready for “VR in Deep Trouble!” (And try not to worry if that theme song is already stuck in your head!)

You can purchase this issue via our Amazon affiliate link – https://amzn.to/3M0wQNJ

MATTHEW
JUSTICE LEAGUE VS. THE LEGION OF SUPER-HEROES #6
Writer: Brian Michael Bendis
Artist: Scott Godlewski
Publisher: DC Comics
Cover Price: $3.99
Release Date: September 27, 2022
The blockbuster shocking conclusion to the Gold Lantern Saga. Which legendary DC Villain is behind this great darkness that is about to destroy all the ages of heroes all at once? Find out right here all this AND the future of the Legion of Super-Heroes is revealed!

You can purchase this issue via our Amazon affiliate link – https://amzn.to/3M8Jtq9

RODRIGO
ALPHA BETAS #1 (of 4)
Writer: Kyle Starks
Artist: Trevor Richardson, Kenny Aitken, Michael Calero
Publisher: Whatnot Publishing
Cover Price: $3.99
Release Date: October 19, 2022
Origins Part 1. It’s Rick and Morty meets Tron as top gamers Eddie, Buck, Mason, and Tommy find themselves caught in the middle of a high stakes battle between the U.S. government and a digital terrorist inside the virtual realm of video games. Now they must save the pixelated world of NIMBUS to prevent catastrophic consequences in the real world. Based on the new animated series with over 7 million views, Alpha Betas is a collaboration between popular Youtube creators, Evan “VanossGaming” Fong, Marcel “BasicallyIDoWrk” Cunningham, Tyler “I AM WILDCAT” Wine, and Brian “Terroriser” Hanby, with more than 60 million subscribers across their channels, and the voice talents of Hollywood heavy hitters like Paget Brewster (Community), Stephanie Beatriz (Brooklyn Nine-Nine), and Chris Parnell (Rick and Morty).

RAND
MINOR THREATS #2
Writer: Patton Oswalt / Jordan Blum
Artist: Scott Hepburn
Publisher: Dark Horse
Cover Price: $4.99
Release Date: 10/5/22
The Stickman has done the unthinkable and murdered Kid Dusk, the sidekick to Twilight City’s premier crime-fighting vigilante the Insomniac. The Insomniac’s superhero teammates are tearing Twilight apart, turning it into a terrifying police state—hoping to find the Stickman before an unhinged Insomniac does. D-list, blue-collar, costumed-criminals have formed an uneasy alliance to hunt down and kill the Stickman themselves in a desperate attempt to end the chaos! The debut series from Patton Oswalt and Jordan Blum!

You can purchase this issue via our Amazon affiliate link – https://amzn.to/3SYURHc

SPIDER-VERSE
Writers: Various
Artists: Various
Publisher: Marvel Comics
Cover Price: $11.94
Release Date: 2019
Miles Morales finally feels like he GETS this Spider-Man stuff… and then falls through a portal! But isn’t the WEB OF LIFE & DESTINY destroyed? Maybe not, True Believer. But who spun this new web? Regardless, Miles finds himself at the center of a multiversal adventure that will feature a who’s who of creators and characters as the series spins forward! And with a main cover by INTO THE SPIDER-VERSE character designer WENDELL DALIT!!! And each issue features #SPIDERSONAS from some of the biggest Spidey fans and comic creators both!