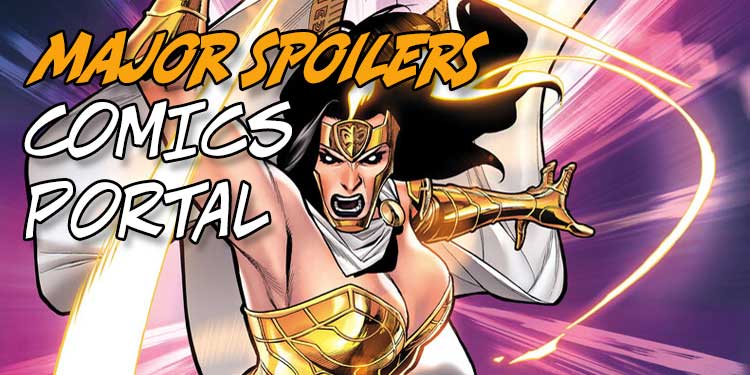 Of course, Marvel will be celebrating Stan Lee’s centennial birthday! But even DC will get in on the fun! According to a DC news release, in honor of what would have been Stan Lee’s 100th birthday (December 28), DC is releasing Tales from Earth-6: A Celebration of Stan Lee, a commemorative one-shot anthology featuring new stories based on Lee’s interpretations of DC’s central characters from his Just Imagine series of one-shots (2001-2002).

A paragraph in that news release there explains about it:

Newer comics fans might be surprised to see that Stan actually did work for DC for a brief time. Of course, he’s much better known for his creations at Marvel, including Spider-Man, the Fantastic Four, the Avengers, and other heroes at the House of Ideas.

Here’s more information regarding who will be scripting stories in this special issue:

Also involved in this book will be Michael Uslan, The Batman film producer who worked with Lee to create a new version of Shazam. Fans will explore new adventures with Lee’s interpretations of Batman, Superman, Wonder Woman, Flash, Green Lantern, and Sandman, among others.

What’s going to be great is that this is scheduled for release the day before Lee’s 100th birthday! Great idea!

SO, WHAT WAS ‘JUST IMAGINE?’ Of course, Stan Lee was always wanting to create more and more comics characters and stories over the years. During the 1990’s, he wasn’t as involved with Marvel, so he started making new creations for several companies, and that included DC.

Lee’s versions often predicted what DC would do in the future. That included a diverse Batman (who was a pro wrestler, created 20 years before Jace Fox who works in NYC these days), a Wonder Woman of color (a Peruvian activist with an Incan staff), and a female Flash (she had been injected with hummingbird DNA—not his wisest choice, admittedly). He also developed a blonde Superman who had served as a member of the Kryptonian Police Force, a Green Lantern who was a professor who gained mystical abilities after searching for the legendary tree Yggdrasil, a Catwoman who had catlike superpowers, a Shazam who was an Interpol agent who could turn into a demon, and his Sandman was an astronaut who entered a dream world.

Interestingly, Lee’s versions of the DC characters eventually teamed up in their very own crossover in which they fought a cosmic being named Crisis. (Anyone remember Crisis on Infinite Earths?) Not only that, but they would appear years later in 2015’s The Multiversity, a series from Grant Morrison that assigned Lee’s world an official designation–Earth-6. Given the popularity of Batman these days, this might not be the last time we see these characters appear in a DC comic.

I wouldn’t be surprised if someone put together an adventure that teamed up several versions of the Dark Knight, including Lee’s.

We could even see a yearly DC “annual” with new stories featuring these Earth-6 heroes. Or a mini-series each year? The possibilities are endless, especially with the changes DC is currently making in their universe(s)!

There might even be a time when DC decides to integrate some of these creations into their own universe. Maybe Lee’s Green Lantern could become part of their GL Corps at some point. (He does look a lot like Doctor Manhattan to me.)

This does back up what I’ve always felt about the various forms of DC’s heroes. Some have proven to be more popular than their “current” versions. (And this is true of other companies as well! Maybe a “switcheroo” comic might be worth exploring!)

I wonder if DC is going to re-release Lee’s original stories in trade paperback form! I could use a new copy of them!

It’s going to be fun to explore a different version of the DCU. Lee did have some unique ideas as to how that universe should take place, so I’m looking forward to this special “fifth-week” comic!

What do you think? Should DC join in the celebration of Stan Lee’s 100th birthday, or should that be reserved for Marvel? Do you like exploring different versions of popular heroes? Should they get their own imprint at DC? Whatever your opinions, be sure to share them in the space below!