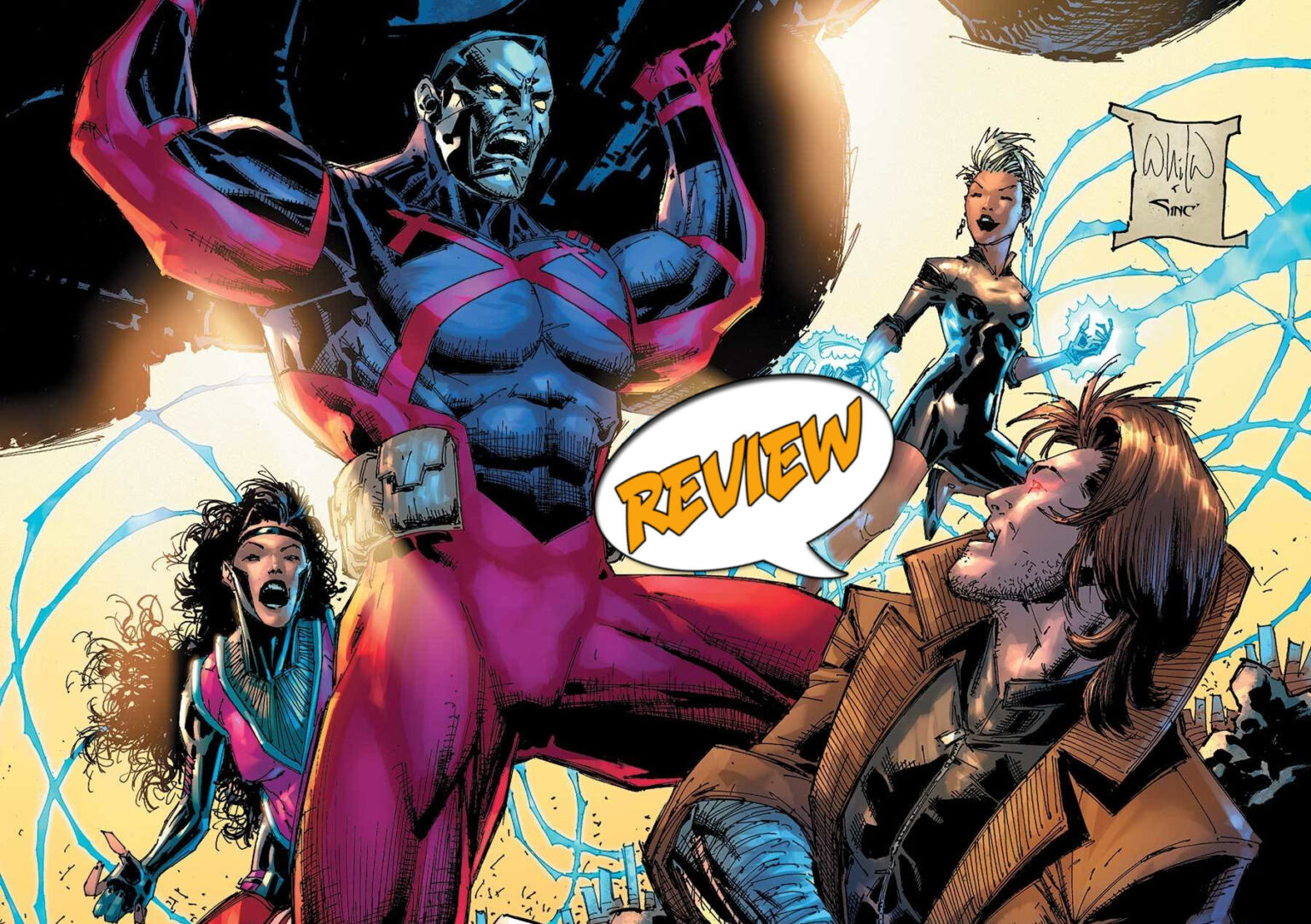 Dominic Solarz has kidnapped Doctor Gabriella DeCastro and a de-aged Storm. Find out if Gambit and Marissa can save them in Gambit #3 by Marvel Comics!

Previously in Gambit: Gambit has taken care of Storm after Nanny and Orphan-Maker de-aged Ororo back to childhood. While driving near the Mississippi River, Remy and ‘Ro was forced off the road and caused a crash. Doctor Gabriella and ex-marine Marissa saves them. But Marissa and Gabriella are dealing with Dominic Solarz, who is trying to force them out of their home. Dominic hired Warhawk to intimidate them and burn down their house. Now, Gabriella and ‘Ro has been kidnapped, and Gambit devised a daring plan to rescue them.

A SOLDIER, AN ORPHAN, AND A THIEF

Gambit #3 starts with Gambit hooking Marissa up with a battle suit filled with bright colors. But most importantly, it is bulletproof. The plan is for Marissa to cause a distraction while Gambit recovers ‘Ro and Gabriella. The plan starts off well. The armor can bounce off any bullet, but Warhawk comes and beats up Marissa. However, Warhawk realizes this is a distraction and leaves the goons to kill Marissa. Gambit can sneak in and take out most of the guards, but when Warhawk finds him, Gambit is put on the defense.

On top of that, Dominic feels desperate and prepares to shoot ‘Ro and Gabriella while they are unconscious. ‘Ro talks to Ashaké in the astral realm. Ashaké suddenly wakes Storm up with the full power of her mutant abilities. Allowing Storm to turn the tide of the fight!

A LOT OF ACTION

The Gambit miniseries had many small moments with a lot of emotional impact and characterization. Gambit #3 took many interpersonal moments and put them into a reasonably long action sequence. This fight subverted the expectations this book set for me in the first two issues. This is a comic book, and I knew a battle was coming. But I wanted more interaction between Gambit and the other main characters. This will probably read better in a trade paperback where the interpersonal relationships and action feel more balanced. But it is hard to talk about significant themes when it mostly took heist genre tropes and applied them superficially.

The art in this series feels like a nostalgic tribute to the early 90s. It is a joy to see the differences between the astral realm, the outside where Marissa is fighting, and the darker interior with bright flashes of Gambit’s superpower. Great work here by the creative team.

Gambit #3 shows the abilities of Gambit as a leader, fighter, and thief but lacks the interpersonal moments I saw earlier in the miniseries.