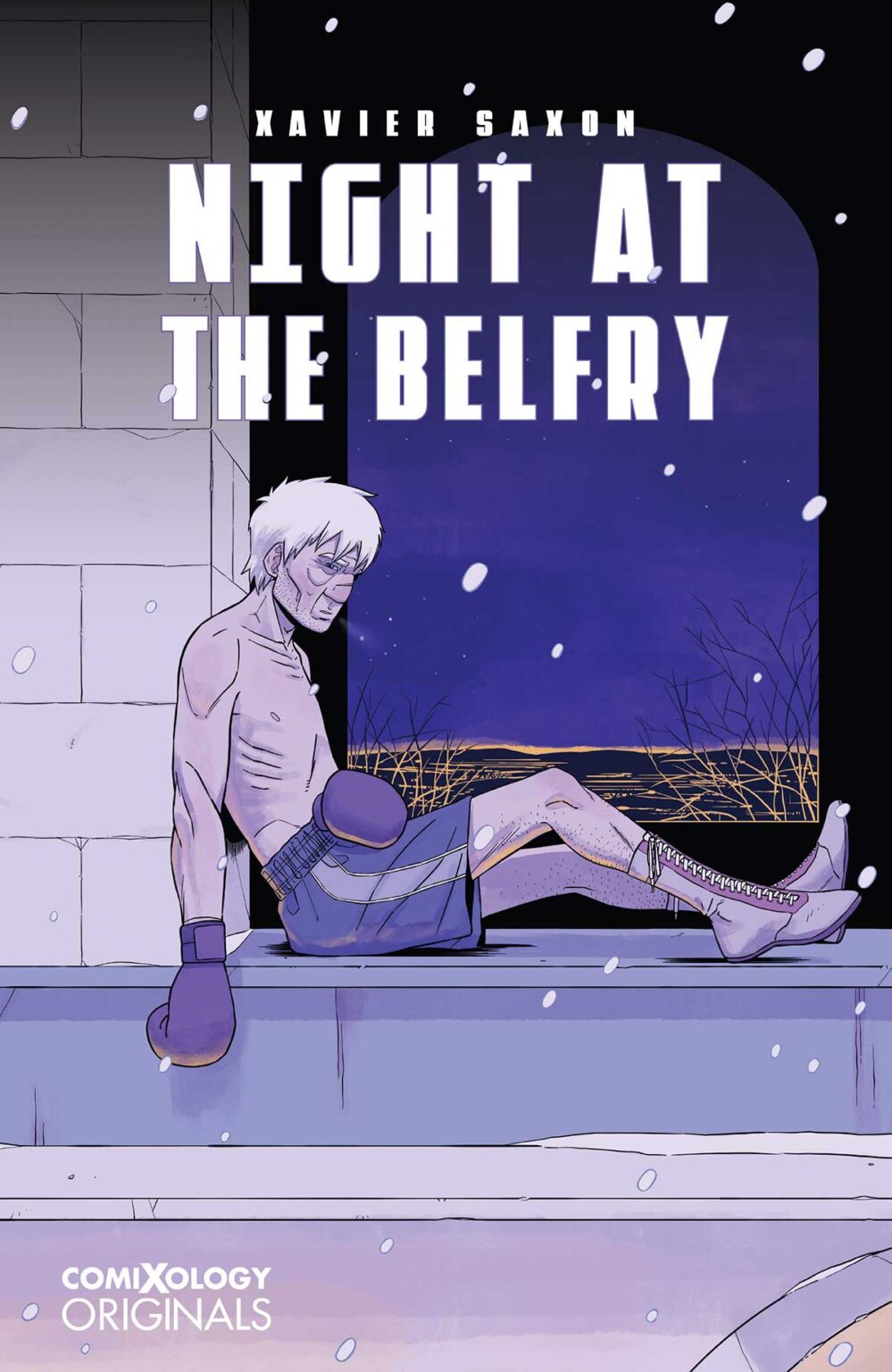 Comixology Originals have announced the October release of Night at the Belfry, a debut graphic novel from Xavier Saxon.

Night at the Belfry is a touching story about aging, learning to face drastic and upsetting life changes, and making friends at unexpected moments.

James Ransom is a 73 year-old retired postman and single father now living with his kind but overbearing daughter Emily. After an incident he becomes increasingly frustrated with old age and ultimately feels unhappy and powerless. He becomes constantly consumed by memories of a brief period of the early 1980’s during which he was a recreational boxer at a local gym. As he daydreams his way through life, he finds solace in retreating to memories of his fighting days. A far cry from the tough young boxer he remembers, Jim reconnects with a former trainer and hatches a life altering plan to regain the control he believes he’s lost. But is he in over his head? James will quickly learn whether or not he lives up to the towering identity he’s been reconstructing for himself.

“Night at the Belfry is my first book and I am super proud of it, but it is not where I would have expected myself to start off in the world of comics,” says Saxon. “I don’t have much of an interest in boxing, I’m not a seventy-plus year-old retiree (yet), and my preferences in terms of fiction have always skewed more towards the fantastical, genre-based stuff. “The idea came from a few places. It started purely visually, the idea of a boxing match in a church belltower. But as I developed the story I became fascinated with the idea of applying undue importance to an, in retrospect, insignificant period of one’s own life. Mostly, though, the book came from a place of frustration. I wanted to finish something. And now that I have, I hope what I’ve made will resonate with readers.”