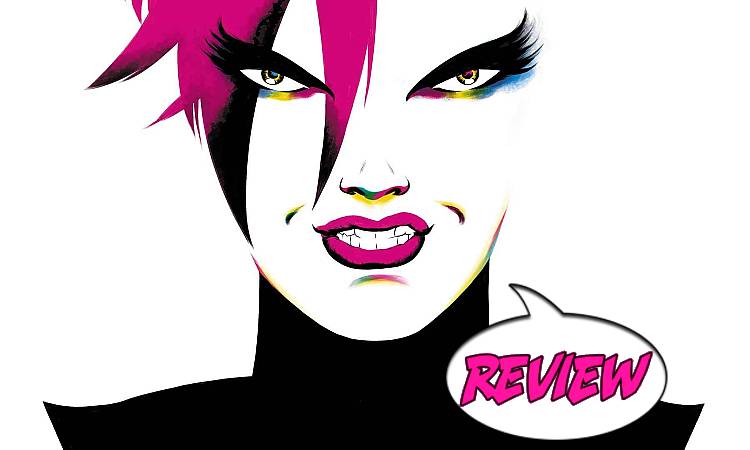 What’s the one thing that can stand against The Phoenix? The Defenders with that they knew. Your Major Spoilers review of Defenders Beyond #3 from Marvel Comics awaits!

Previously in Defenders Beyond: Loki’s Defenders manage to escape the Second Cosmos and the Beyonder, but Taaia is grievously wounded in the process and none of Loki’s or Blue Marvel’s expertise seems to be helping. Enter the Phoenix!

But what is the price of a universal constant’s aid?

The Defenders have been absorbed by The Phoenix Force, each trapped in a different level of consciousness in The White Hot Room where Phoenixes are made. Tigra finds herself trapped in a cave, speaking with a sentient flame. Blue Marvel is faced with Taaia, the mother of Galactus, now channeling the Phoenix Force, and is forced to use every ounce of his antimatter powers to survive. Loki is stranded with The Beyonder in a frozen wasteland, watching the nigh-omnipotent being juice carrots, while America Chavez has put on the Eternity Mask and begun a journey across a desert that doesn’t actually exist. In the end, it’s not their super-powers that win the day, but their cleverness and a Jade Tiger god who once gave his prowess to the Sons of the Tiger… but The Defenders find themselves in a strange sepia-toned abyss at the whim of Glorian!

Here’s the thing: This issue calls back to a 1975 issue of Deadly Hands of Kung-Fu, one of my favorite books, making a connection that has literally been explicitly on the comic book page for FORTY-FIVE YEARS. Not only does it give Tigra a unique role in this story (and the Marvel Universe), it makes perfect sense. Better still, Rodriguez’s art makes every page utterly gorgeous to look at, with the spectacle of Phoenix-empowered Taaia making for one of the best visuals in recent memory. This issue’s coloring is spectacular, as well, giving each Defender their own color palette for their reality, and the final page devolution into black-and-white makes for a shocking reveal at the end.

Defenders Beyond #3 is another issue that surprises me with the deep cuts, using the diverse cast of weirdos extremely well to explore the foundations of the Marvel Universe and doing it with style and personality, earning 4 out of 5 stars overall. Honestly, at this point, I wish Marvel would just commit to a Defenders ongoing and let Ewing & Rodriguez use anyone and everyone they can think of for a hundred, maybe hundred-fifty issues or so.

This issue is another example of Al Ewing's exquisite power to make connections that seem like they've always been there, using a truly eclectic group of characters to examine the foundations of the Marvel Universe.