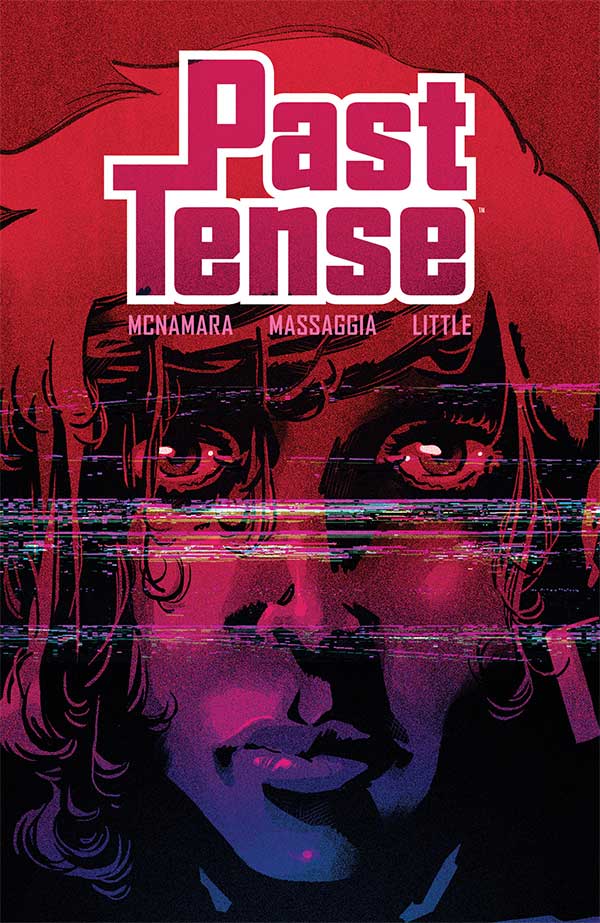 Dark Horse Comics announced the upcoming release of Past Tense, a futuristic tale exploring the relationship between technology and personal privacy. The book is written by Jason McNamara and artist Alberto Massaggia. Ashley is a tour guide at PAST TENSE, a company that sends camera drones into the past to view history’s most depraved events. When Ashley discovers Silas Green, an unknown serial killer working in the past, she begins hosting “exclusive” tours of his murders. The only problem? Silas is still alive in the present. And when he learns of his newfound infamy, he is inspired to come out of retirement to make Ashley his final victim, now and forever.

“To me, horror works best when it reflects real-world concerns,” said Jason McNamara in a press release from Dark Horse Comics, “if we have a modern bogeyman, it is our loss of privacy. I wanted to couple that with my fascination with unsolved mysteries. What if we could send a hidden camera back through time, not to change history, but to view it as it truly occurred?

I believe that we, like Ashley, would eventually stumble across a secret best left undiscovered. ”

“Ashley is just that kind of character that I love to work on,” Alberto Massaggia said in the same press release,  “She’s strong and stubborn, with a hint of cynicism because, a bit like all of us, she has to go through the challenges of life that become more complicated day by day.

And when everything will be against her another time, she has to use just these features to face the distress and the pain that stands out in front of her.”