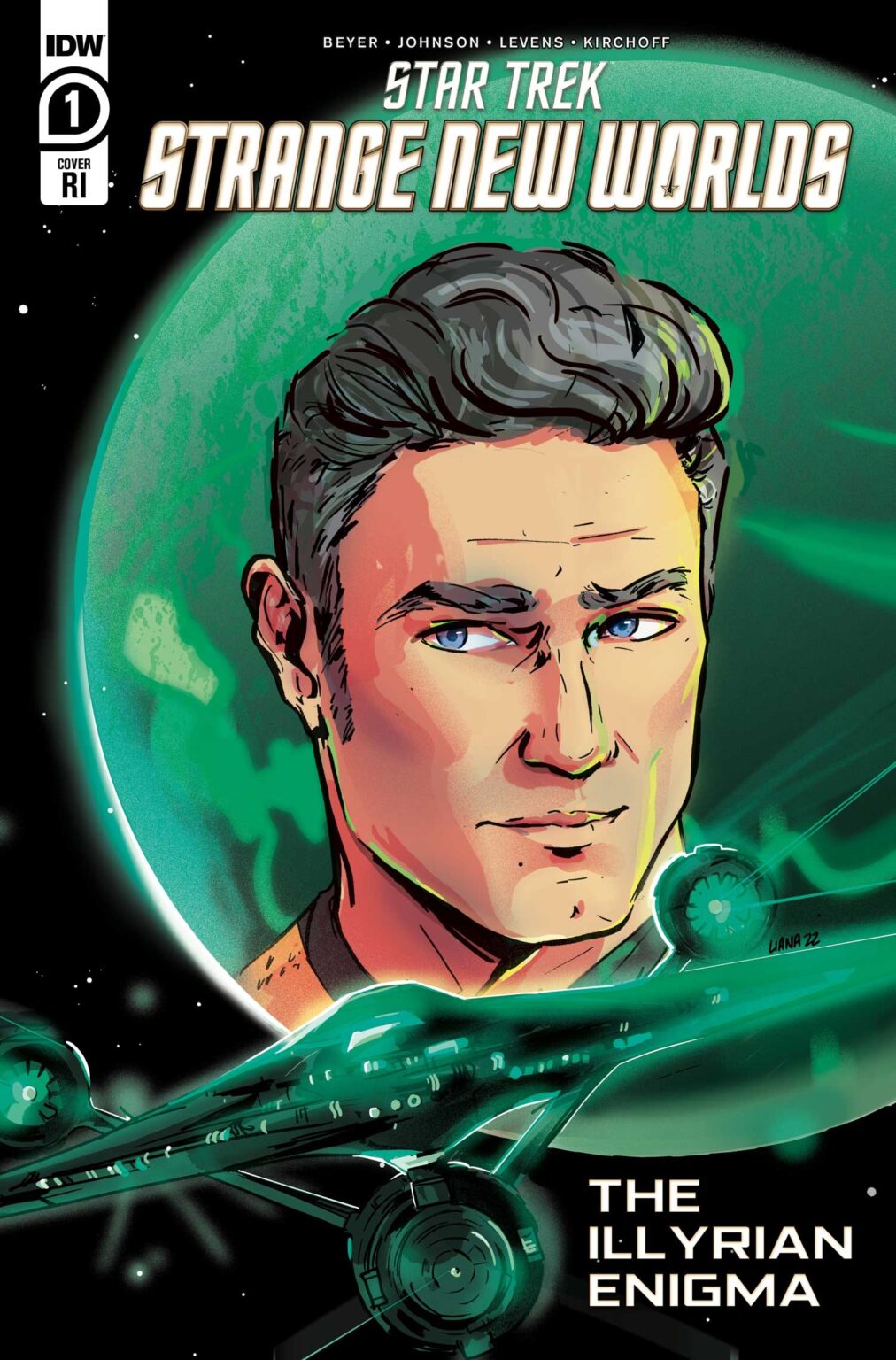 In Star Trek: Strange New Worlds–The Ilyrian Enigma, Commander Una Chin-Riley—first officer and helmsman of the U.S.S. Enterprise— stands accused of unlawful genetic modification by Starfleet. Sparing no time, Captain Pike and his crew set out in search of evidence to prove her innocence!

The four-issue mini-series is written by Mike Johnson and artist Megan Levens.

“When Strange New Worlds came out we knew that the show was something special,” said Senior Editor Heather Antos in a press release from IDW Publishing. “We’re thrilled to bring in Kirsten and Mike’s expertise from behind the scenes, as well as an artistic duo who captures the warmth and whimsy of this universe as effortlessly as Megan and Charlie, to explore even stranger new worlds in comics.”