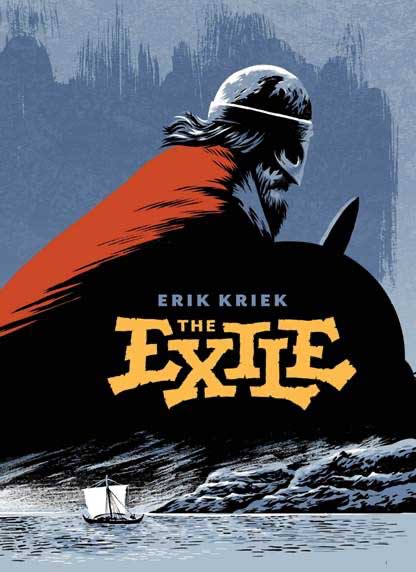 Living the Line has announced the 2023 release of The Exile, a Viking tale from writer/artist Erik Kriek. After seven years of exile, battle-hardened Hallstein Thordsson returns home to Iceland, only to find that old wounds haven’t healed. His stepmother Solveig and his half-brother Ottar are besieged by wood thieves, directed by her unwelcome suitor, Einar. The Exile’s presence disrupts the delicate balance and threatens to tip all of Iceland into violence.

A remarkable decades-spanning epic, Erik Kriek’s The Exile is equal parts action “Western” and family drama, with a surprising story of violence and consequences at its core. Told in a naturalistic modern style but with tremendous fidelity to the historical period in which it is set, The Exile depicts the Viking age in all of its conflict, turmoil, and social structure, with every detail depicted vividly on the page.

via Living the Line