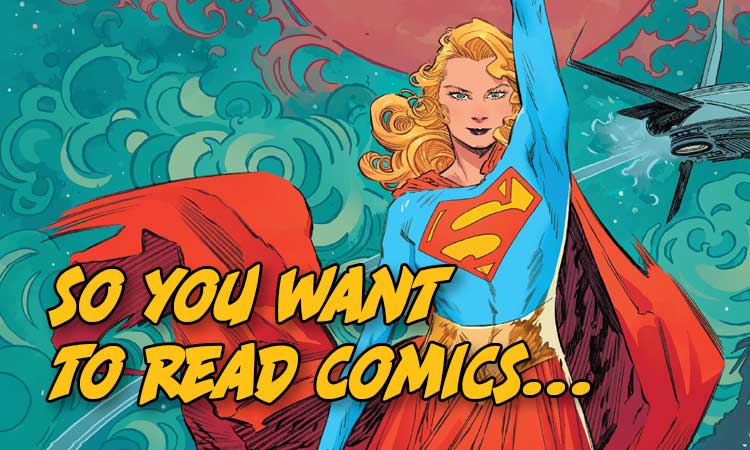 We’re getting, something, in this week’s “So You Want To Read Comics.”  This is our weekly feature where we take a look at a single topic or genre, then give you two comic book recommendations, perfect for new readers, based on that topic or genre.  This week we’re looking at postmodern comics.

Of all the genres or styles to define, postmodernism is one of the more difficult to do.  Even amongst those who are often credited as being creators the definition seems to take on additional qualifiers based on personal preference.  But, one thing that seems to be present in all explanations is the idea that postmodernism rejects a lot of narrative rules established by literature that came before.  For example, a postmodern story might not have a traditional beginning, middle, and end, but rather be just a vertical slice of the universe the story exists in where the point is not to piece together everything into something coherent but simply exist in that world for a while.  It’s also not uncommon to find elements like fragmented plots, unreliable narrators, and pastiche in works considered postmodern.

So here are some postmodern comic books that are great for new readers.

Often finding its way onto top 10 graphic novel lists, Grant Morrison’s run on Doom Patrol is a truly unique series of comic books.  The Doom Patrol is a collection of “misfits” who happen to have super powers and in this run they are often put against villains who have a certain dislike for reality and expectations.  What makes this comic book run particularly postmodern is its unique approach to style.  Utilizing techniques developed by famous postmodern writers like William S. Burroughs and Jorge Luis Borges and copying plotlines from unexpected sources makes this run much more about experiencing it than seeing a standard plot to the end.  There are some references to other comic books here, but nothing important enough to affect the reading of this collection.

While being a more complete and coherent story than is often expected with postmodern storytelling, this story still has some of those techniques that are considered hallmarks of the genre.  This series tells the story of Kara A.K.A. Supergirl as she tries to go on a bender for her 21st birthday and winds up on an intergalactic manhunt and quest for revenge.  What sets this series apart is that it’s told from the POV of a companion who accompanies Supergirl on this quest.  So at times the events aren’t completely revealed or are missing details, and at times simply follow the way the companion wishes things to go.  By the end, this unreliability creates an element of ambiguity that questions the real goals and outcomes of the journey.  There’s also a nice copping of Western motifs to tell a decidedly un-western story.

Have you checked out these recommendations?  Do you have some suggestions of your own?  Let us know in the comments section below.