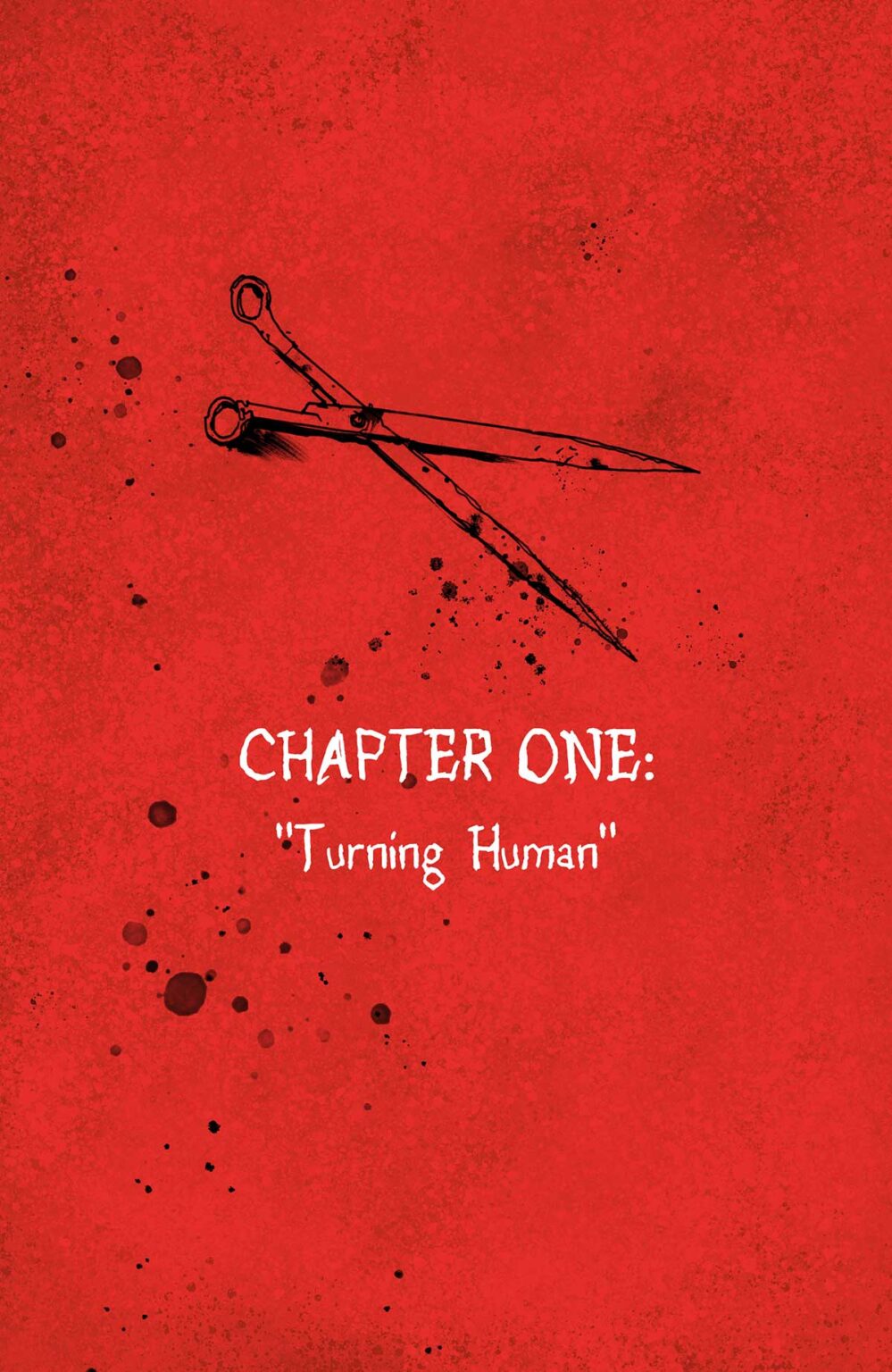 Comic book writer Scott Snyder and artist Jock are reuniting for Book of Evil a serialized horror story blending prose and multiple styles of illustration. The comic will be released through Comixology Originals.

Told and presented in an innovative format, Book of Evil tells the story of four young friends growing up in a strange near future where over 90 percent of the population are born as psychopaths. Despite the danger, the four set off together on a journey that will take them down the roads and rivers of this transformed America in the hope of finding a place where goodness still lives.

Imagine a world where nearly every baby born is a future psychopath. There’s no answer as to why the change is happening. Is this human evolution? Devolution? A virus? Can it be cured? Regardless, just like that, the new normal is psychopathy.

Homer is a curious, quiet, and determined 12-year-old boy—and an artist. The story of Book of Evil unfolds in first person narration from Homer’s point of view, featuring his journal entries, alongside his illustrations from his journey—as well as excerpts of a cartoon strip called “The Book of Evil.” This popular cartoon featured an everyman named Everett who time traveled, met heroic figures of the past, and murdered them in hyper-violent ways. Was the cartoonist telling a story to entertain? Or was he leaving clues in “The Book of Evil” for those, like Homer and his friends, looking to change the world?

“This is a project Scott and I have been talking about for years and I’m thrilled to see our first issue debut with Comixology,” said Jock in a press release from Comixology. “We always talked about presenting Book of Evil in a truly unique way, with illustrations and design bolstering Scott’s incredibly evocative writing. Joined by the brilliant Emma Price on design, we hope it gives readers an engrossing experience, unlike anything we’ve made before!”