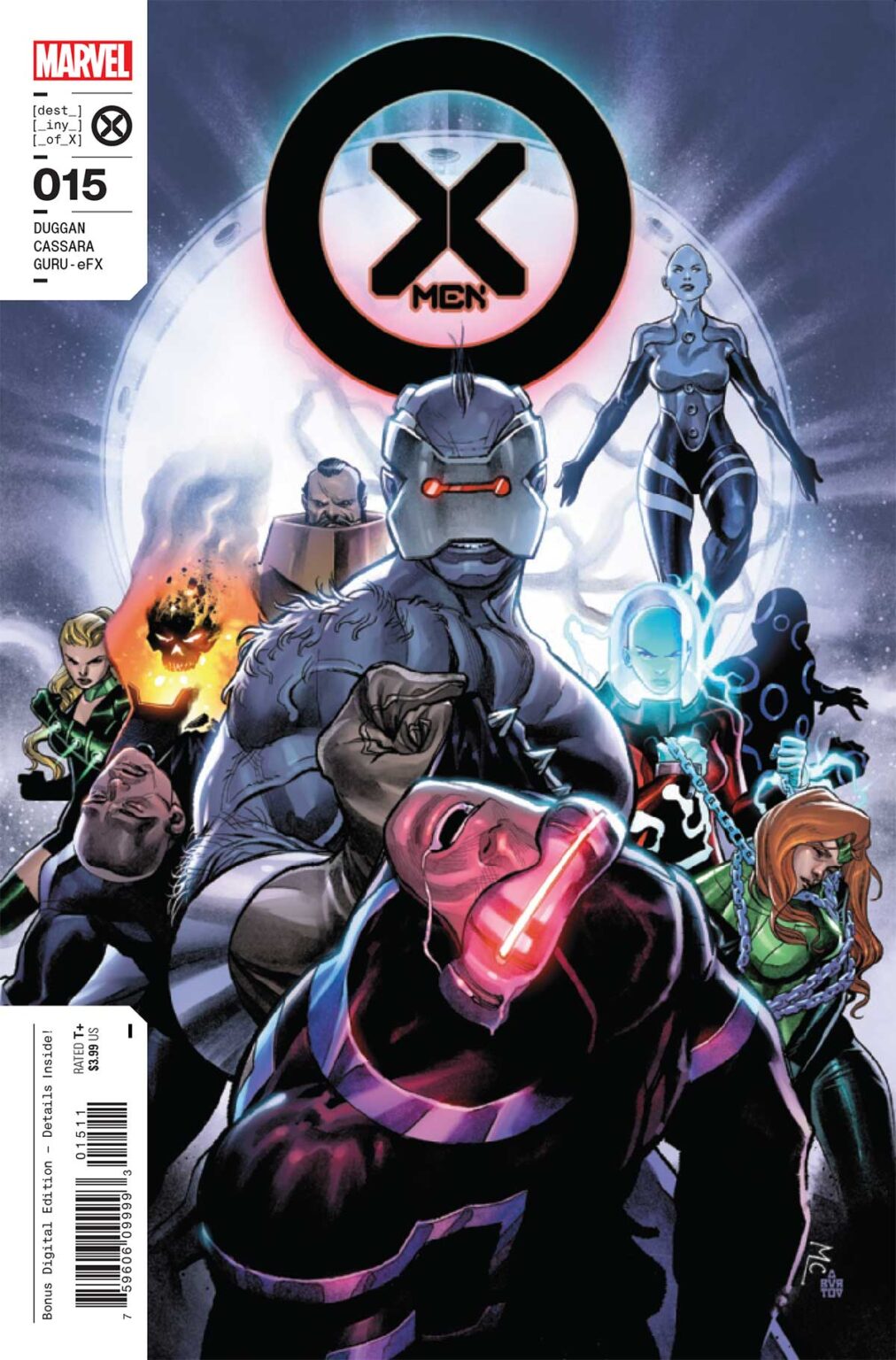 There’s a really big gun in this week’s X-Men #15, and we have a sneak peek at the issue from Marvel Comics.

X-MEN #15
GERRY DUGGAN (W) • C.F. VILLA (A) • Cover by MARTIN COCCOLO
Trading Card Variant by RUSSELL DAUTERMAN
Miracleman Variant Cover by TERRY DODSON
FEAR THE CHILDREN!
The Children of the Vault – hyper-evolved humans from a society whose time moves much faster than our own. Each time the X-Men defeat them, they retreat to their home, evolving further to a new, more advanced generation. This time, they will not be stopped so easily.
32 PGS./Rated T+ …$3.99