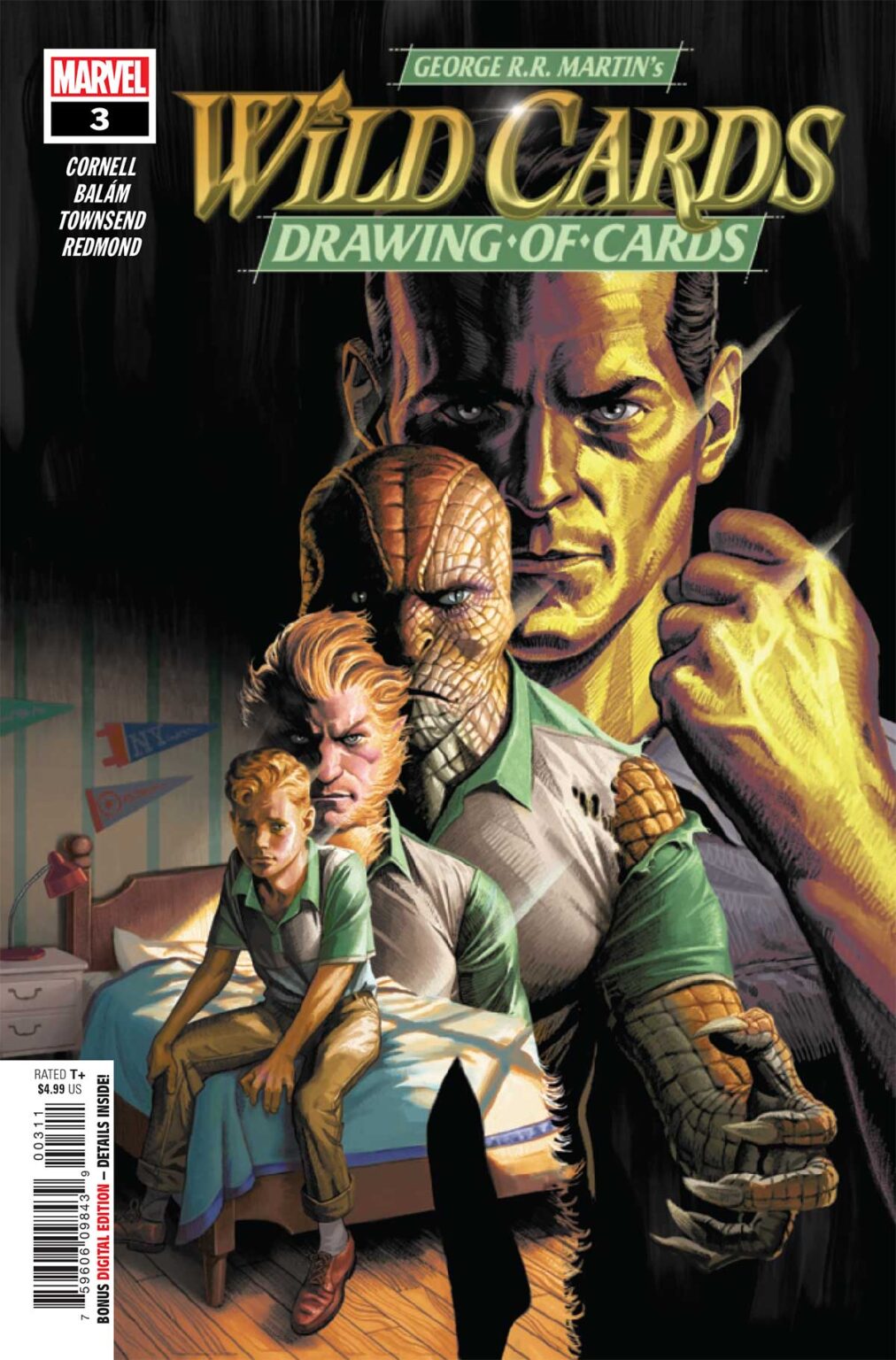 Marvel releases Wild Cards: The Drawing of Cards #3 this week, and we have a sneak peek at the issue, just for you, after the jump.

WILD CARDS: THE DRAWING OF CARDS #3 (OF 4)
PAUL CORNELL (W) • MIKE HAWTHORNE (A) • COVER BY Steve Morris
Variant Cover by Geoff Shaw
THE SLEEPER WAKES!
The Wild Card virus had many different strange effects…but few stranger than those it wrought on Croyd Crenson, the Sleeper. The adaptation of the first book of George R.R. Martin’s super-powered alternate history continues, adapting the first appearance of the fan-favorite character created by Roger Zelazny.
32 PGS./Rated T+ …$4.99
order using 75960609843900311