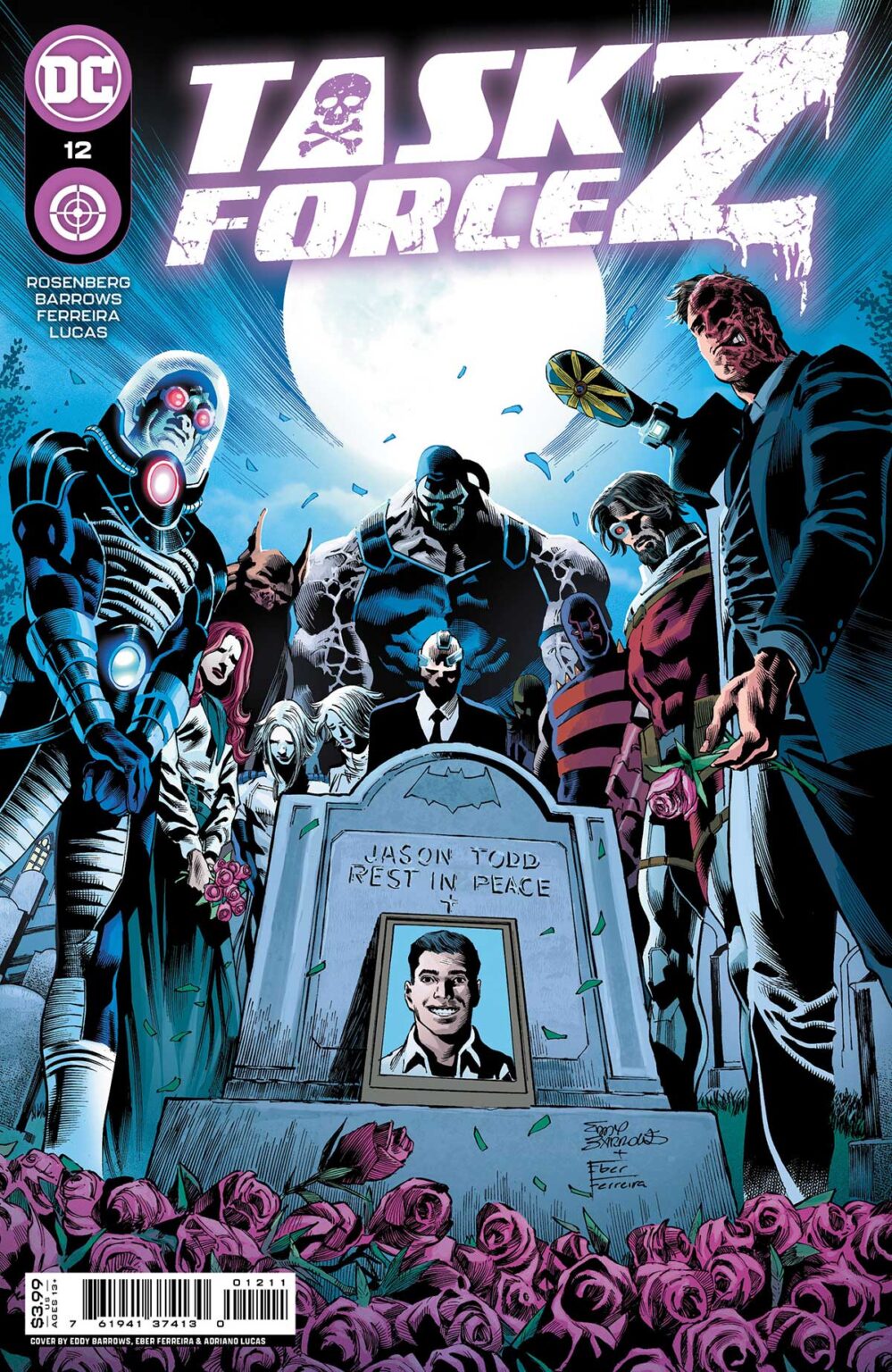 The epic story concludes in this week’s Task Force Z #12 from DC Comics. Take the jump for a sneak peek at the issue.

TASK FORCE Z #12
Written by MATTHEW ROSENBERG
Art and cover by EDDY BARROWS and EBER FERREIRA
Variant cover by JIM CHEUNG
1:25 variant cover by TRAVIS MERCER
Hispanic Heritage Month variant cover by CHRIS BATISTA
$3.99 US | 32 pages | 12 of 12 | Variant $4.99 US (card stock)
ON SALE 9/27/22
Jason Todd’s final second chance. Red Hood and what remains of Task Force Z have seen the true horrors that Powers International has released upon Gotham City and the world. When he shares all of this with Batman, it will lead them to their worst confrontation yet and lead Jason Todd to change his direction in the DCU. What’s the point of forgiveness when the world is so broken? Find out in this epic series conclusion!