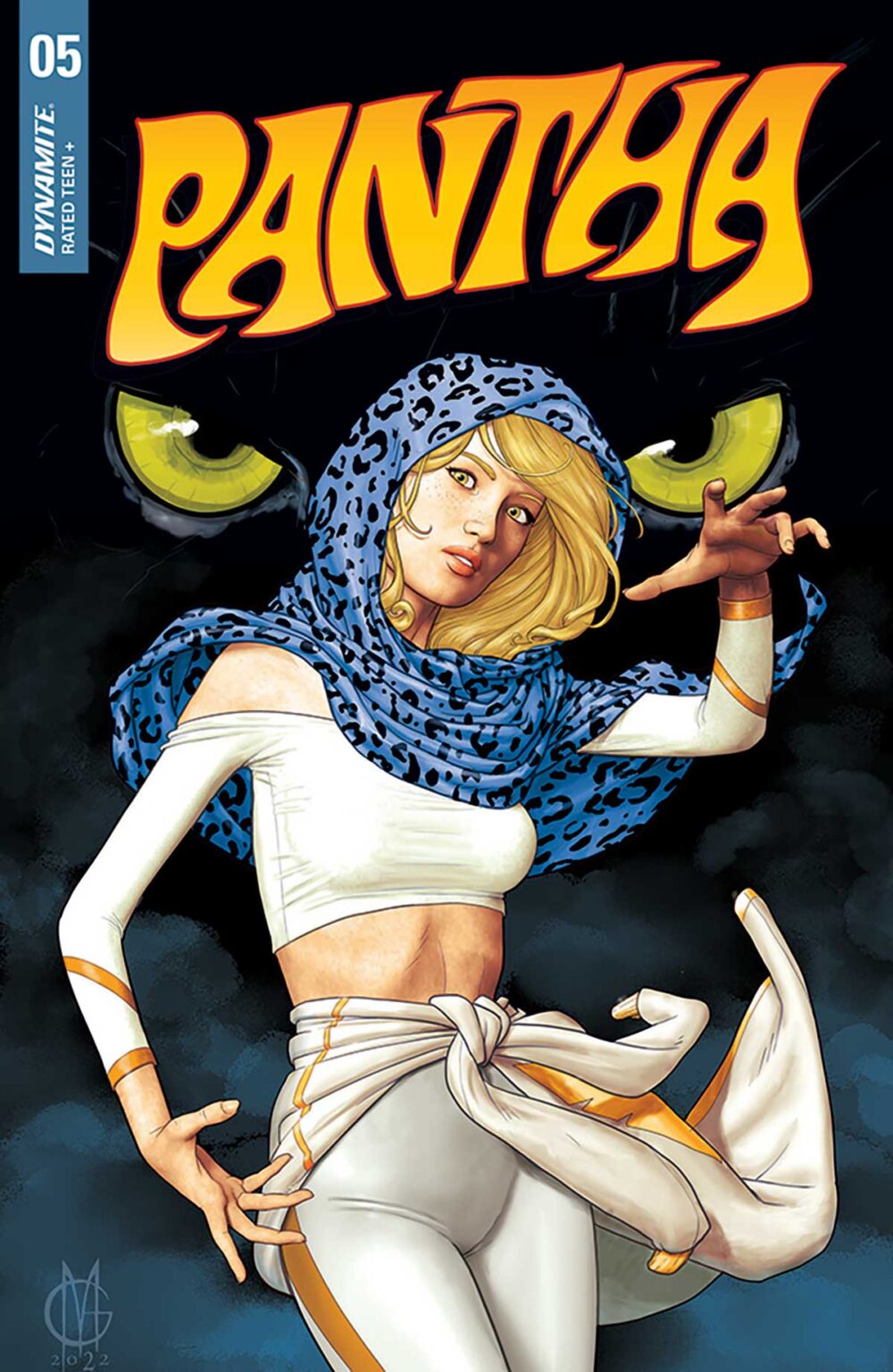 It’s the series finale in this week’s Pantha #5 from Dynamite Entertainment, and we have a sneak peek of the issue just for you!

PANTHA #5
Writer: Tom Sniegoski and Jeannine Acheson
Artist: Igor Lima
Covers: Giuseppe Matteoni (A), Vincent Aseo (B), Elena Pianta (C), Jorge Fornes (D), Al Barrionuevo (E)
32 pages | Horror | $3.99 | Teen+
Beneath the remains of Chernobyl an epic battle is about to begin. After millennia of waiting and planning, everything is in place for Ta-Nakht to fulfill its nefarious destiny. Captured by the god-eater, Pantha, Nick, and the Mortalists must somehow free themselves to prevent the birth of a new race of dark deities eager to plunge the world into shadow. The war against the old gods has begun, and the fate of humanity will depend on an Egyptian queen cursed to become the most savage of beasts!