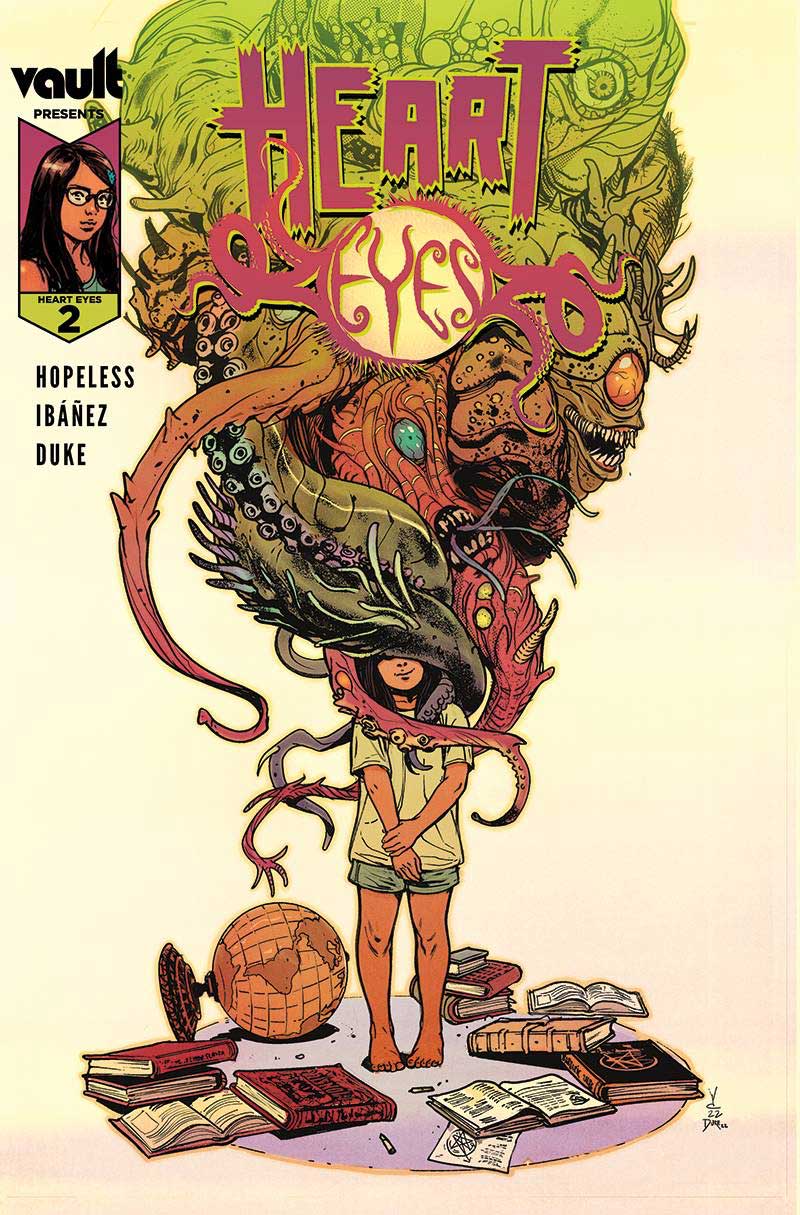 Vault Comics released a sneak peek of Heart Eyes #2 from Dennis Hopeless and Victor Ibanez which is scheduled to arrive on Wednesday.

Synopsis: Lupe has run off to meet the monsters. Rico has to catch her or lose her forever, this strange, smiling girl who stole his heart. But what’s Lupe’s story? Where did she come from? And why doesn’t she fear the monsters that ate the world?