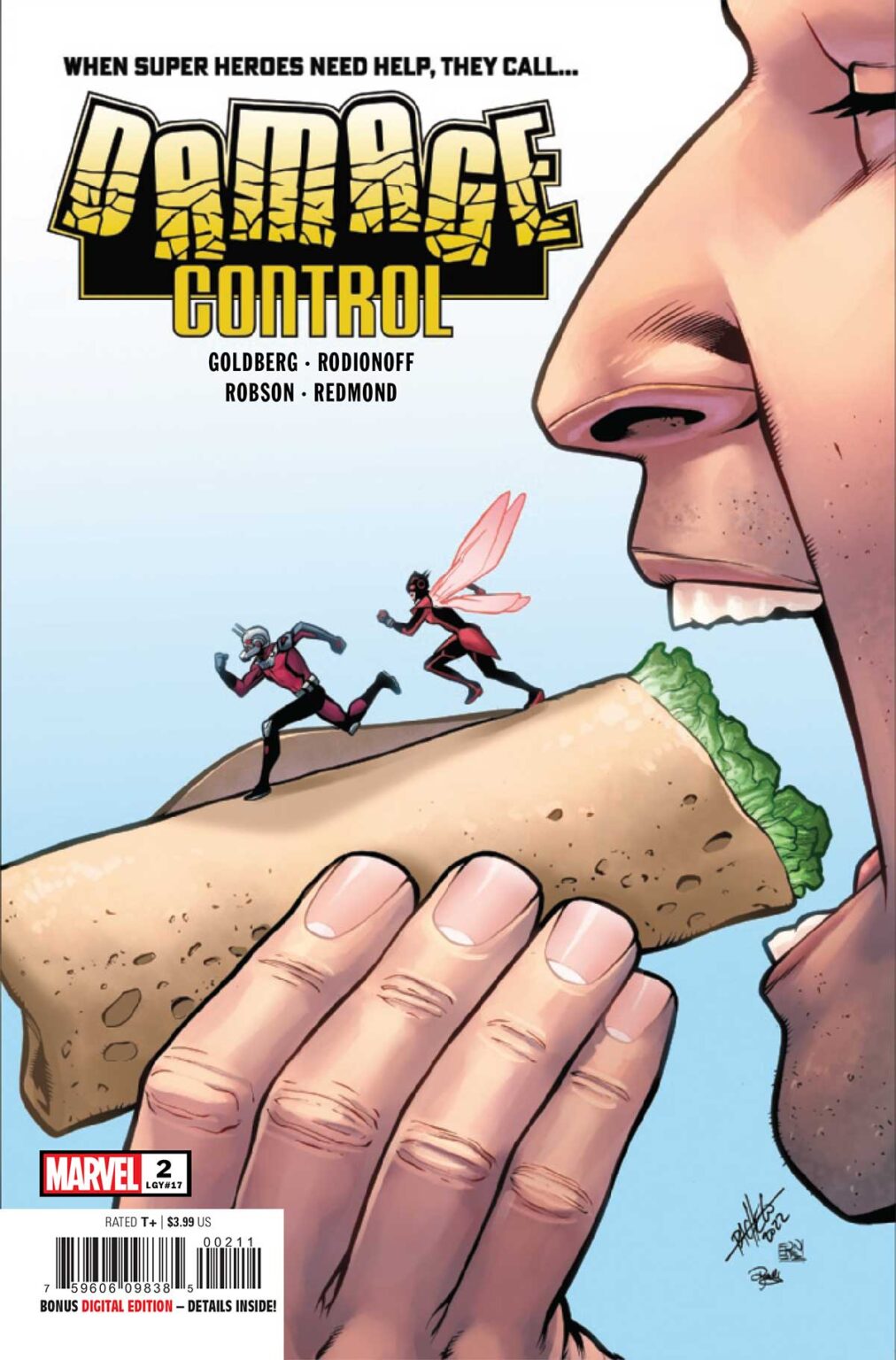 The management at Damage Control has wisely chosen to try and place Gus in a less volatile position in this sneak peek of Damage Control #2 from Marvel Comics.

DAMAGE CONTROL #2 (OF 5)
ADAM F. GOLDBERG & HANS RODIONOFF (W)
WILL ROBSON (A) • COVER BY CARLOS PACHECO • VARIANT COVER BY SUPERLOG
FROM THE WRITERS OF TV’S THE GOLDBERGS!
After he nearly caused a Skrull attack in our last issue, the management at Damage Control has wisely chosen to try and place Gus in a less volatile position. How much harm can Gus do in the Consumer Affairs office, listening to complaints and grievances? Actually, the answer is a lot. When things get out of control, Gus has to call on Ant-Man and the Wasp to try and turn a big problem into a little one in a story we call “Honey, Pym Shrunk the Kids”!
ADAM F. GOLDBERG and HANS RODIONOFF tap the keys while the incomparable WILL ROBSON turns words into glorious art as Gus makes a horrible first impression on the Punisher, Ant-Man, the Wasp and more!
32 PGS./Rated T+ …$3.99