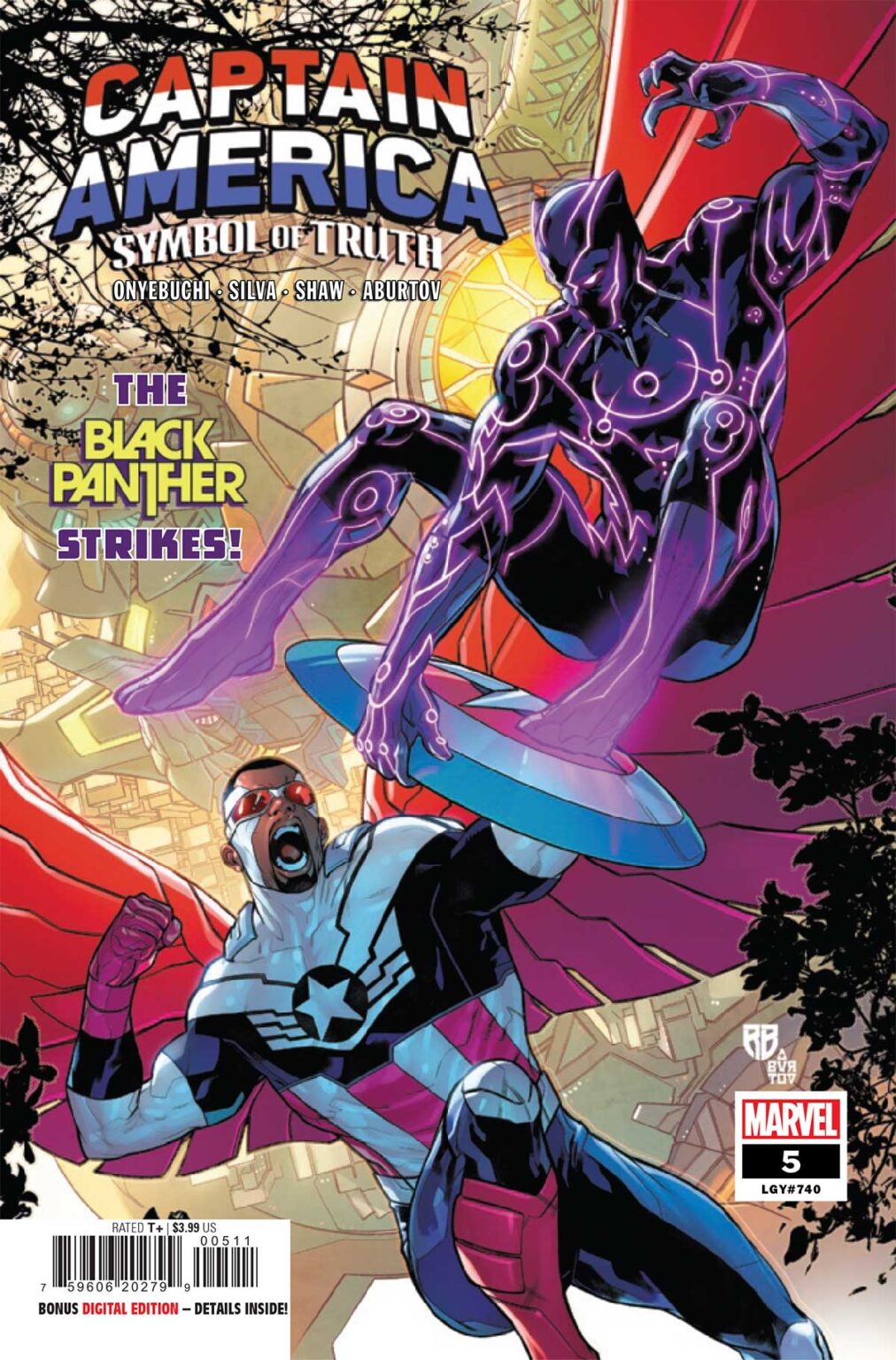 CAPTAIN AMERICA: SYMBOL OF TRUTH #5
TOCHI ONYEBUCHI (W) • R.B. SILVA (A/C)
Miracleman Variant Cover by SALVADOR LARROCA
It’s a showdown between Captain America and Black Panther, with the fate of two countries on the line! And when the dust settles, who will pay the price for Sam Wilson’s incursion into Wakanda? Meanwhile, Falcon uncovers a piece of evidence that changes the scope of the mission — and exposes the White Wolf’s ultimate motive.
32 PGS./Rated T+ …$3.99