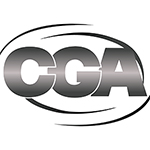 With fans headed back to the New York Comic-Con, there’s a good chance to get your comics and collectibles graded by the Collectible Grading Authority.

From October 6 through October 9, after a long absence, the CGA will attend New York Comic-Con at the Javits Center in New York City. At booth 3162, they will be accepting submissions for their unparalleled grading services, offering a 10% discount for on-site submissions. They will also sell their custom sized slide-bottom acrylic cases at special show prices, for anyone looking to protect their newly-purchased collectibles on the spot.

“It’s great to be back in the Northeast,” said CGA president Chad Thompson. “Some of the best collections in the world are here, and New York Comic-Con always has a great assortment of dealers, selling some of the best items for grading. And I think our new line of acrylic cases will be incredibly useful to anyone shopping for collectibles on the show floor.”

Collectible Grading Authority (CGA) is the parent company of the well-known and established grading company, Action Figure Authority (AFA), as well as the Video Game Authority (VGA), Collectible Doll Authority (CDA), and Die-Cast Authority (DCA). CGA was founded in the late 2000s, in order to provide toy collectors throughout the world with added peace of mind when making purchases sight unseen. Before AFA, toy collectors, dealers and investors had no universal standard by which to judge an item’s condition. AFA has worked diligently for years to develop the standard they use to accurately convey the condition of original and un-tampered-with collectibles, thereby creating a safer collecting environment and helping to ensure that everyone’s investments are protected for years to come. They have graded over 400,000 items from action figures, first-shots and prototypes, dolls, die-cast, video games, consoles, to most recently, VHS tapes. All acrylic cases for graded items and available to purchase on their site are manufactured in-house.