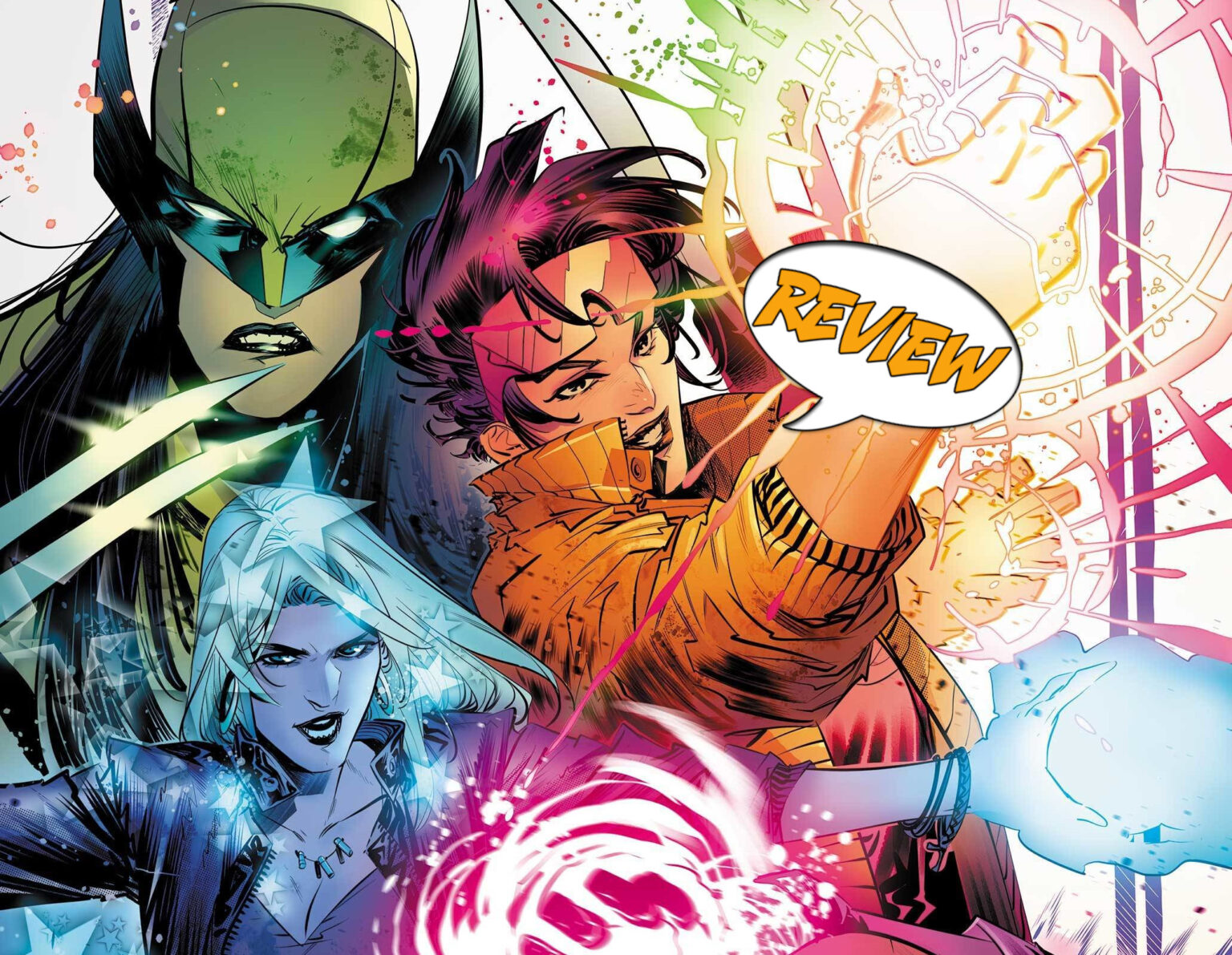 Dazzler broke up with her boyfriend and needs a girl’s night out! What kind of trouble can Dazzler, Jubilee, and Boom-Boom get into in X-Terminators #1 by Marvel Comics!

Previously in X-Terminators: Check out a new X-series! Dazzler is dating a man called Alex, but after he cheats on her, she kicks him to the curb!

X-Terminators #1 starts with Dazzler calling Jubilee and Boom-Boom to go out. They head to a dive bar, where they are immediately offered free shots. When they dance, they notice that something is a little bit off, and Dazzler’s ex-boyfriend, who is secretly a vampire named Alex, has drugged them. Unable to fight back, each girl wakes up in a precarious situation. Boom-Boom is stuck on a raft in a weird gaseous tunnel, Jubilee is driving a monster truck on a track filled with explosives, and Dazzler is in a maze filled with monsters.

Each character overcomes their challenges, but Alex has another challenge for them. They must get past X-23’s Wolverine!

I am happy that X-Terminators #1 first page was a content advisory warning. However, it missed a drug warning. When a comic introduces complex topics like dating, drugs, and sexual assault, I would air the side of caution. Especially using a vampire as a villain. The vampire bite is often believed to be an allegory for sexual violence. So why include the content warning if it doesn’t cover some of the warnings it should have?

Regardless, the comic itself is geared towards adults. There are many alcohol references, the outfits are skimpy, and the language is definitely adult. The narrative plot is decent, but I feel that the contents are a little extreme. After the trio is kidnapped, they are put into crazy situations. This almost seems like an excuse to have a lot of blood and gore. The second half goes from action sequence to action sequence and ends with the promise of more actions.

I tend to pick up any book featuring mutants. I am excited about the stuff they are doing. This book, though, wasn’t my cup of tea. I think the creative team behind the mutants of Krakoa creates books with all sorts of tones and styles in their X-Men titles. So if you like adult themes and action sequences, this book is for you. For me, X-Terminators #1 is a 3 out of 5.

X-Terminators #1 features adult themes and skimpy outfits that go from one action scene to another.