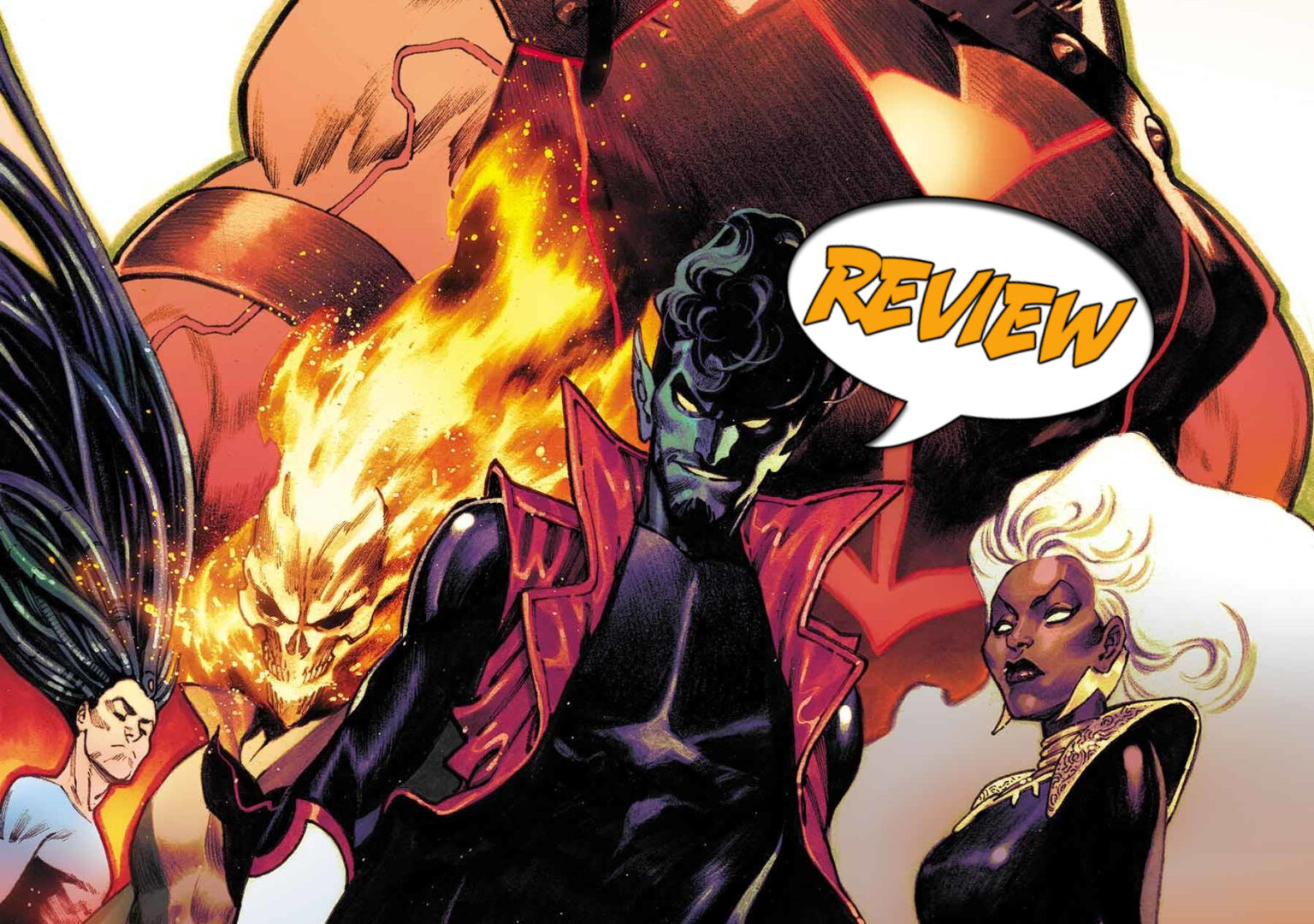 Nightcrawler and Weaponless Zsen know the secret behind the skinjacker, the fugitive god, and Ora Serrata. Find out if Kurt and his Legionnaires can save the Altar in Legion of X #5 by Marvel Comics!

Previously in Legion of X: Nightcrawler has assembled his Legionnaires and teaches the mutants of Krakoa about the Spark. He uses the Altar as his HQ within the psyche of Legion and near the Astral Plane. Ora Serrata has sent Weaponless Zsen to find a trickster God, and the Legion is hunting Switch, a skinjacker. Switch has been utilizing the god, Tumult, to increase his power. Meanwhile, it seems that Ora Serrata is pulling all the strings.

Legion of X #5 starts with Blindspot kicking Switch out of Legion’s body and Ora Seratta appearing at the Altar. Nightcrawler meets Ora, who announces that he knows everything.  Juggernaut and Pixie can defeat Switch while Legion lets out his full power to fight Ora Serrata. Tumult follows Nightcrawler’s advice and rejects the need for worshippers, instead choosing to believe in himself. As the fight continues, Weaponless Zsen shows up with Storm, and the battle halts.

Weaponless Zsen takes Tumult back to Arakko for judgment. Little does anyone know that it is actually Switch in Tumult’s body. The actual Tumult decides that he is going to go travel the world while believing in himself. Ora Serrata then announces that the Godlaw is revoked and that Arakko needs to be accepted by change. She also releases Weaponless Zsen from her service. Zsen then joins a mercenary group. Meanwhile, Mother Righteous still seems to be scheming and has a new plan up her sleeve.

I enjoyed the care the writing team put into the relationship between Nightcrawler and Weaponless Zsen. Or rather, a part of me just wants to see Nightcrawler happy. The relationship is complex, adult, and it shows the complexity between two cultures trying to understand each other. And that is the intriguing storyline that has been going on since Arakko was introduced. X-Men used to be a comic that was an allegory for Civil Rights and racism. Recently, the X-Men titles have moved away from that theme. Now the titles are trying to develop Krakoa’s culture. Arakko’s culture acts as a foil and allows us to return to some of the roots that X-Men comics used to be able.

Additionally, I think the art on this comic was stellar. Legion’s powers, Tumult, and Ora Serrata have engaging designs. The landscape of the Altar has an incredible color design. The creative team did an excellent job with their artistic interpretation that compliments the story’s writing.

Legion and Nightcrawler have been an engaging duo as they develop the philosophy and religion of Krakoa. When Arakko introduced complex ideas, I wanted to know how they would integrate into the world. And when they terraformed Mars, the ideas became more and more complex. Exploring this new culture is right up my interest. 4.5 out of 5 stars for Legion of X #5.

Legion of X #5 explores complex ideas that unite Krakoa and Arakko in an incredible way.