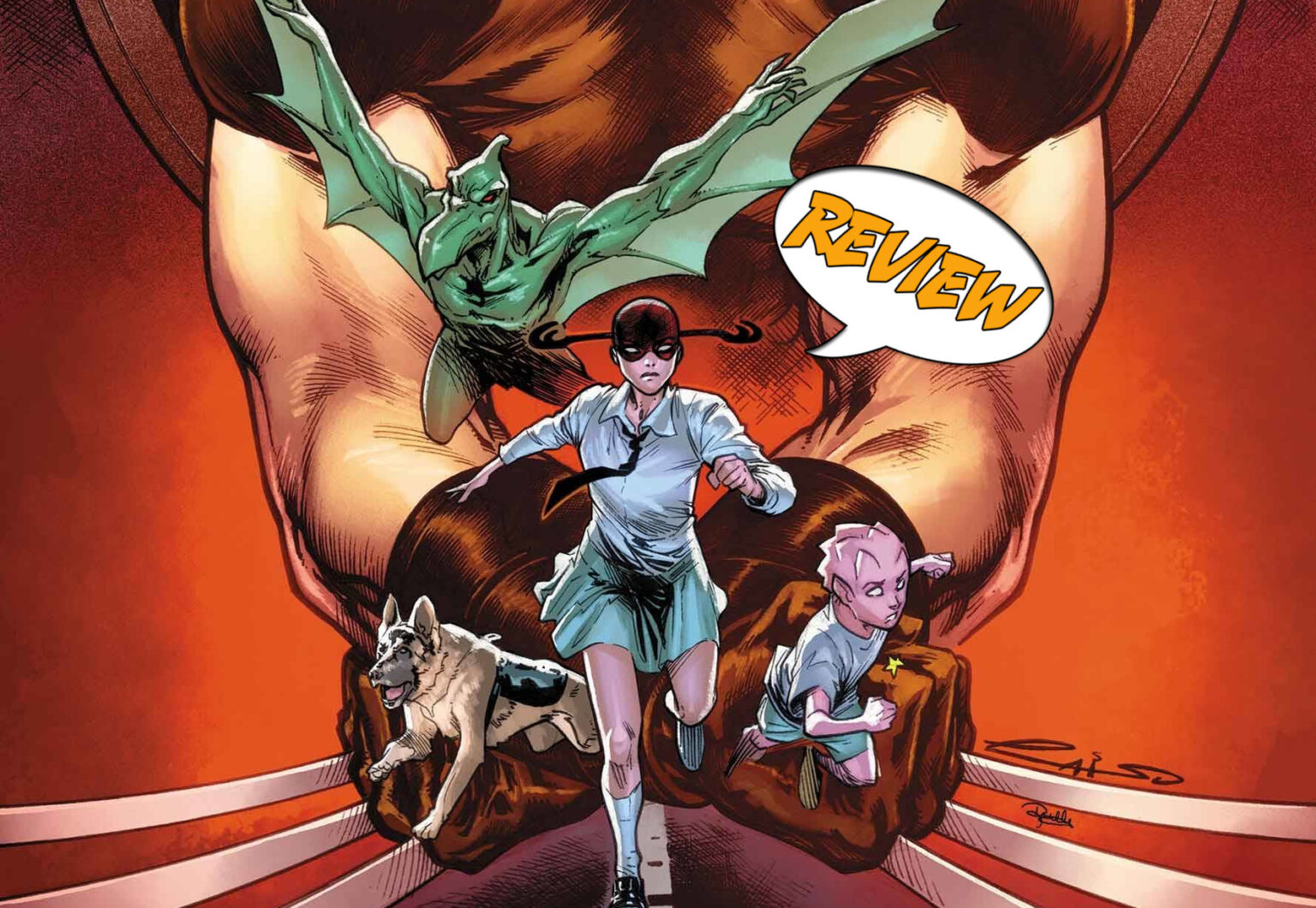 Nature Girl has gone on a rampage against human polluters. Can Wolverine bring her back before she kills more people? Find out in X-Men Green #2 by Marvel Comics!

Previously in X-Men Green: The mutant nation of Krakoa has made peace with its relationship with the environment. However, humankind still desecrates Mother Nature. After finding a dead turtle on Krakoa shore, Nature Girl had enough and broke one of Krakoa’s laws: Murder no man. With the help of Curse and Saorise, Nature Girl attacked an oil refinery protected by Black Mamba. Meanwhile, the Quiet Council dispatches Wolverine to bring the mutants home.

X-Men Green #2 starts with Black Mamba hypnotizing Curse while brawling with Nature Girl. Nature Girl cannot beat Black Mamba in hand-to-hand combat. Curse breaks his hypnosis and shoots a gun at Black Mamba, narrowly missing. Black Mamba then uses her hypnosis on Nature Girl, but Nature Girl resists. As both sides prepare for Round Two, Sauron appears, upset that the oil refinery destroyed his lab. To make matters worse, Wolverine finally catches up and joins the fight. Sauron and Curse team up to fight Black Mamba’s security team and Wolverine.

Nature Girl leaves the fight, heads into the refinery, and causes an explosion! Nature Girl and Curse send Sauron away to recover while they’re knocked out and captured by Wolverine. At the Quiet Council, Nature Girl and Curse are sent to the pit. However, Krakoa disagrees and sends them to exile with a cudgel with a few secrets.

X-Men Green #2 is a double-sized issue that is primarily one long fight. This issue didn’t have the same philosophical debate as the first one. So in a way, it changed tonally. I didn’t need thirty pages of fighting. Instead, I would have liked more discussion amongst the Quiet Council or Wolverine about Nature Girl’s goal. Instead, these entities stayed as antagonists to Nature Girl and Curse. In fact, they spent more time mentioning how Curse seems to be problematic than the prevalent issue of humankind mistreating the Earth.

Despite that creative decision, X-Men Green #2 is very well written. The art is detailed and among the better-looking books that are being released. There are so many characters designed to manage. We have Sauron, Wolverine, Nature Girl, Curse, and Saorise, which are very distinct. But the artist team had to also draw the Quiet Council and multiple settings. Incredible work managing all these elements.

X-Men Green #2 didn’t grab my attention as much as the first issue, but it isn’t a bad story. It seems like an origin story of Nature Girl becoming a villain; perhaps we will see more of that in the upcoming years. I appreciated the message that we must be more conscious of our relationship with nature. 3.5 out of 5 stars for X-Men Unlimited: X-Men Green #2!

X-Men Green #2 had many visual and plot elements to manage, and the creative team did a fantastic job wrapping up this complex storyline.